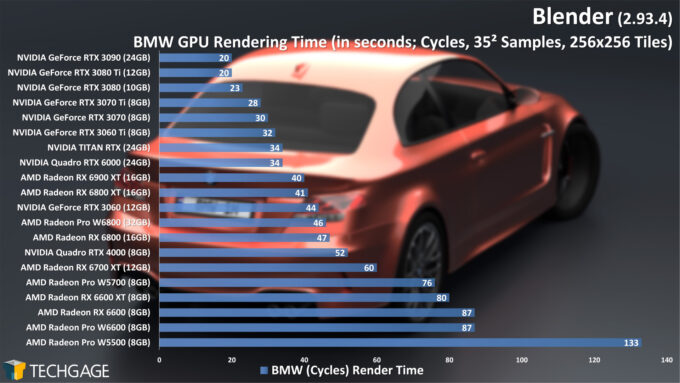 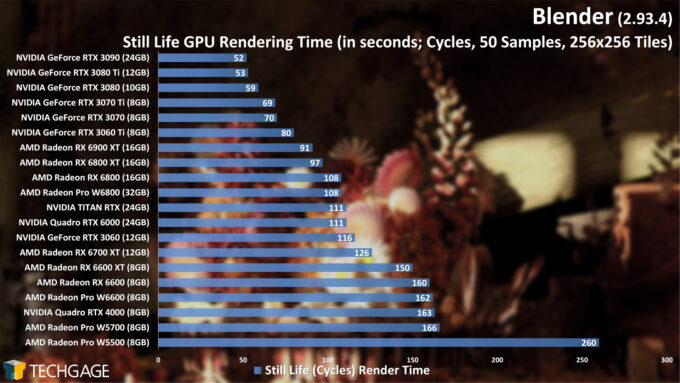 Much to AMD’s chagrin, we’re sure, NVIDIA has a bit of a stranglehold over Blender performance right now. That’s something that applies whether we’re talking rendering with Cycles or EEVEE, or editing inside of the viewport. With the purely apples-to-apples Cycles results above, it’s clear that NVIDIA’s Ampere architecture really suits this workload, because even the lowbie GeForce RTX 3060 Ti manages to beat out not just AMD’s top-end GPUs, but even NVIDIA’s own last-gen top-end GPUs (eg: TITAN RTX).

What’s notable about these Cycles results is that NVIDIA’s GPUs weren’t tested with the OptiX API, which would have resulted in even greater performance deltas. Unfortunately for AMD, the EEVEE render engine gives us similar scaling: 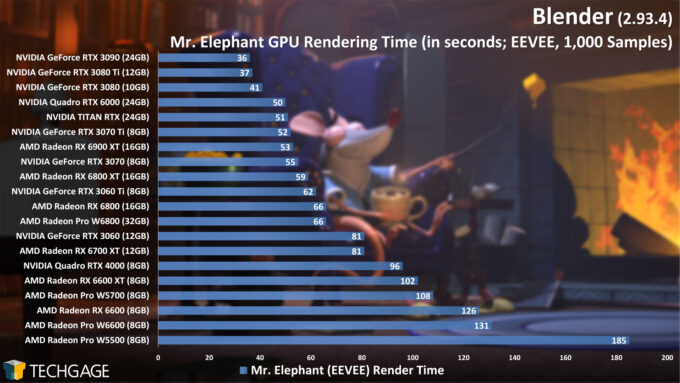 On the Radeon Pro side specifically, we can see that AMD’s workstation cards perform right alongside the respective gaming counterparts – eg: the W6800 delivers the same performance as the RX 6800. You’ll notice RX 6800 is not AMD’s top-end GPU, so there’s still room for the company to expand with more high-performance Radeon Pro models in the future.

As we recently covered in our news, Blender’s developers are planning to eventually migrate some of the software’s functions to use the Vulkan API. When that happens, we’re sure to see the results shaken up a bit, as each GPU vendor has had different levels of focus for optimizing for the API up to this point.

Rendering is just one aspect of any 3D design application; viewport is another, and we’ll be taking a look at that in more detail later. 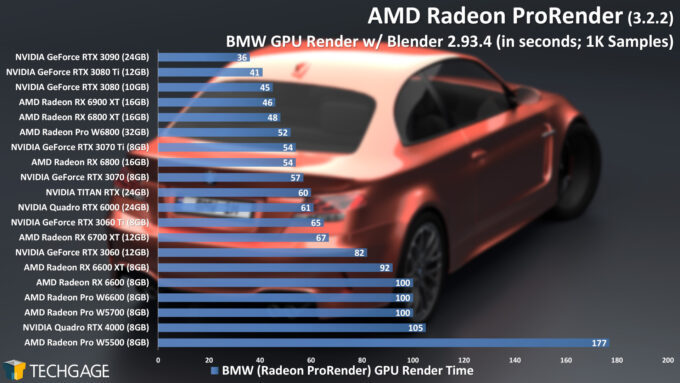 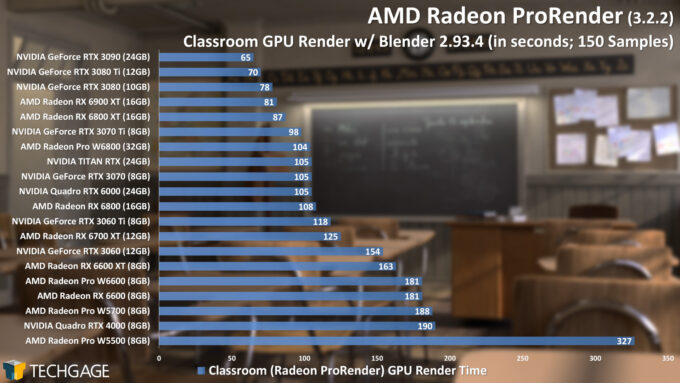 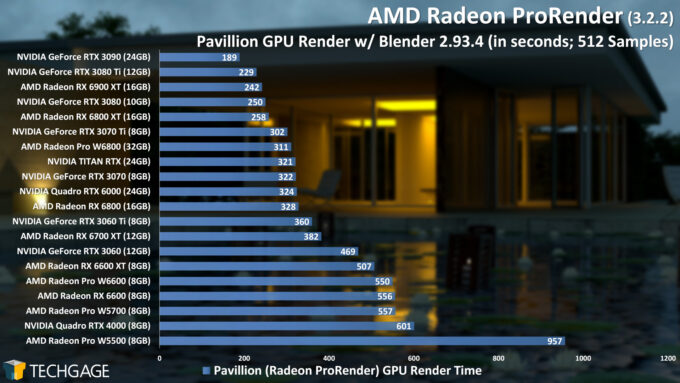 Whereas NVIDIA proved a bit too strong for AMD with Cycles and EEVEE, its own Radeon ProRender engine fares a lot better. While NVIDIA still manages to edge out Radeon a bit, it’s not to the level we saw before, with AMD’s top-end GPUs actually appearing near the top of the chart. 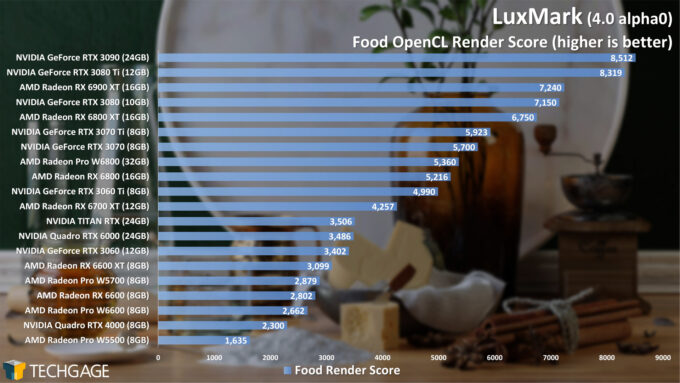 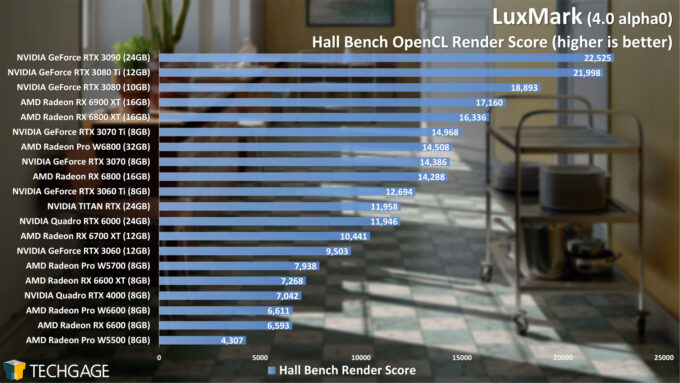 Ever since the launch of AMD’s Vega architecture, the company has performed extremely well in LuxMark, and not too much has changed with the latest generation RDNA2 – although once again, NVIDIA manages to keep hold of a lead at the top-end.

It’s worth pointing out that it’s just the gaming cards that manage to peg the top of the chart; when we look explicitly at the workstation GPUs, AMD’s perform well against NVIDIA’s last-gen Turing GPUs. Given NVIDIA’s A series GPUs are built on Ampere like the RTX gaming cards here, we’d expect that no matter how you spin it, AMD is likely to fall slightly behind NVIDIA here.