As we’ve covered before, the next major release of Blender is going to bring us to version 3.0 – some 20 years after the release of 2.0. If you’ve been paying attention even just recently, you’ll know that minor version bumps in Blender don’t necessarily mean minor improvements. There are stark – perhaps jaw-dropping – changes between 2.0 and the current 2.93, and likewise, there will be a slew of new changes coming with 3.0.

When Blender 2.80 released two years ago, the software’s spearhead, Ton Roosendaal, had said that it represented such a major step forward, that it really should have been called 3.0. Version numbers only matter so much, but as mentioned above, Blender releases that represent just a minor jump in version number could actually bring along enough new functionality that would cause any other company to adopt a new major version number. As Ton has covered before, we’re very likely to see major version numbers release every two years going forward – so you can expect to see 4.0 in 2023. 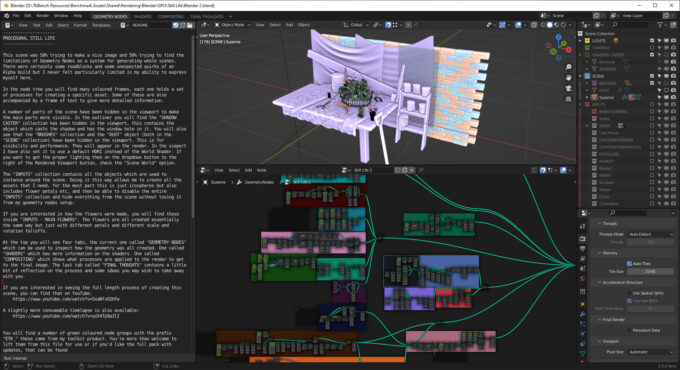 Because previous Blender releases that have included minor version increments have been beefy in their own right, 3.0 may feel more like 2.94 to those who’ve always adopted a new version as soon as it’s come out. Still, there’s a lot to like about 3.0, including the introduction of a long-awaited asset material browser, a complete overhaul of the Cycles renderer (Cycles-X), and improvements to many workflow scenarios, such as modeling, animation, and virtual reality. The UI will see enhancements, also.

With 3.0 just a month away, Ton took to the developer blog once again to give insight as to what to expect throughout the life of 3.X. He goes over the core design and its modules, and future improvements to virtually every aspect of Blender. It’s worth checking out if you like digging into the nitty gritty.

It’s clear that 2.80 is considered a de facto baseline for where Blender moves forward, and truly, it was a really major improvement over previous versions. It’s noted in the blog post that things shouldn’t be changed for no good reason, so those adopting any 3.X version in the future should be able to stick to their same workflow, with any changes or learning-curves incurred actually benefiting the user.

While render engines like Cycles and EEVEE will continue to see development through 3.X’s life cycle, so too will other aspects of the software, like the viewport. It’s ultimately Blender’s goal to transition the current viewport over to Vulkan, which would give the likes of AMD, Intel, and NVIDIA great reason to make sure their Vulkan performance is top-notch. For Apple, Blender is developing a Metal backend.

The launch of 3.0 also brings about a new short, seen above, and released just today. Sprite Fright is an 80s-inspired horror comedy that sees a group of teenagers explore an isolated forest, ultimately stumbling upon some really interesting mushrooms. As with all of Blender’s open movies, you can access the full assets if you subscribe to Blender Studio (€9.90/mo).

We’re excited to dig into the performance aspect of Blender 3.0, and will likely start experimenting soon, to see just how Cycles rendering times have improved. We’d expect some polish with EEVEE’s performance, as well, although that already saw huge improvements in the current 2.93 version (seriously – just check the chart in that article.) And, for good measure, testing out the updated viewport will be interesting, as well.