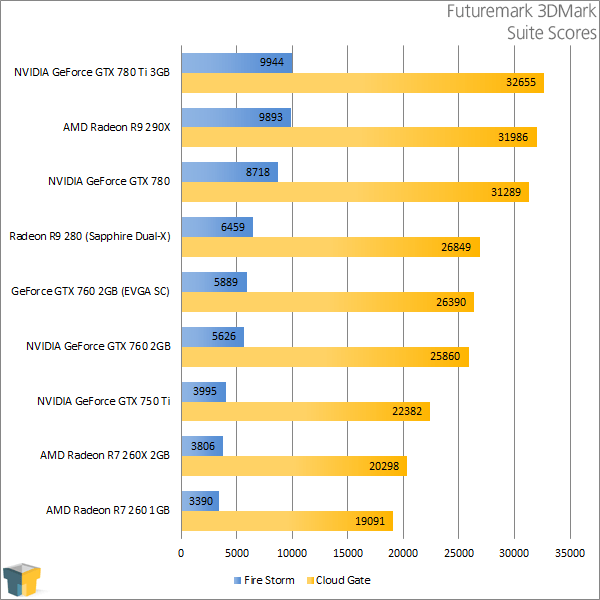 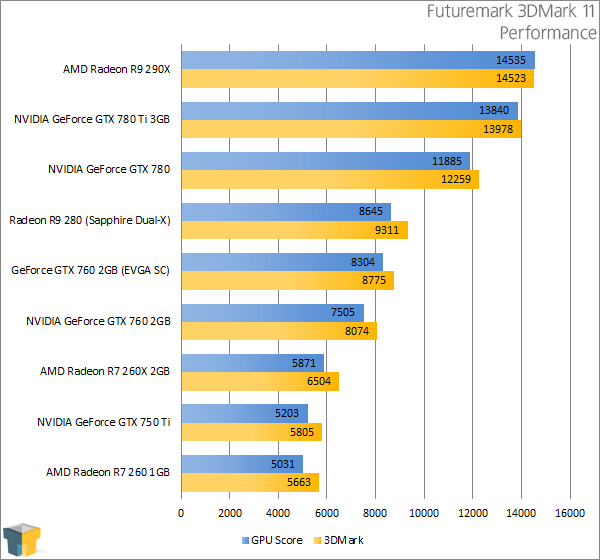 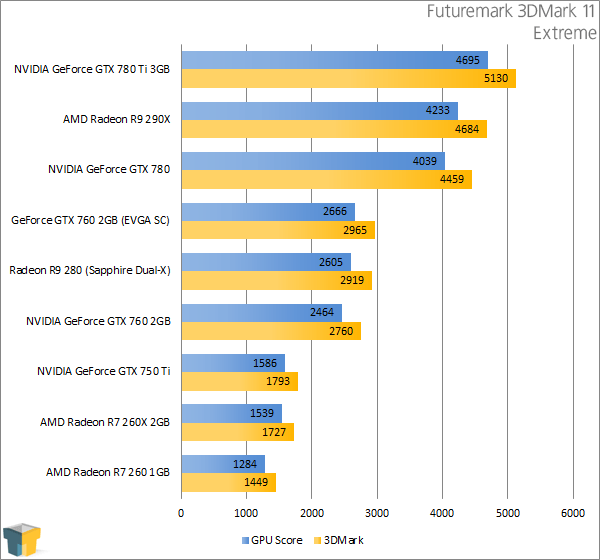 Interestingly, while Sapphire’s Dual-X did outperform EVGA’s Superclocked overall, it didn’t stretch its arms in our real-world tests as it does in 3DMark – 6459 vs. 5889 in Fire Storm. We don’t see quite as large a delta with 3DMark 11 – and in fact I’d say those result gains come closer to what we saw through the course of the review. 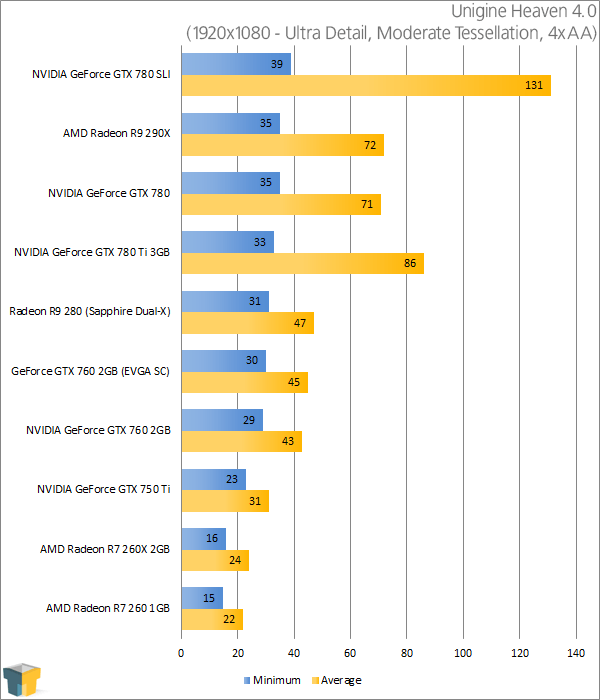 Finishing up our synthetic tests, we see more of what to expect: AMD’s card coming out a few millimeters ahead of NVIDIA’s.