Normally, I reach my opinions of a product long before I make it to the “Final Thoughts” page, but the HD 5550 is a unique product that just perplexes me. I mentioned in the introduction page that I couldn’t quite figure out the purpose of this card, and that hasn’t changed. As far as I’m concerned, and I’m sure I’m not alone… the Radeon HD 5550 has no reason to exist. None. 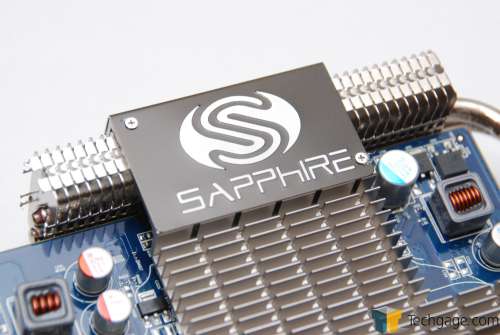 Sapphire’s Ultimate card aside, you can score an HD 5550 for less than $75 if you are crafty and on top of sales. But even at that point, I still have a hard time recommending it, because for what’s equivalent to three or four coffees from Starbucks, you get a card that’s almost 100% faster. Then there’s the fact that Sapphire’s Ultimate edition is set to be priced at $90. Currently, a popular e-tailer is holding a sale on an HD 5670 for $87, and Sapphire’s own reference HD 5670 is only $95… for a card that’s about 250% more powerful than this one.

Not to discredit Sapphire’s card here, the Ultimate does have one major perk… the passive cooler. This is a cooler that impressed the heck out of me, because as we saw on the overclocking page, it can handle some punishment, and handle it well. But as nice as that is, the HD 5550 and Ultimate edition are a tough buy. The performance simply isn’t good, so at that point, a better HTPC card to pick up would be the also passively-cooled HD 5450, which retails between $45 – $60. If the HD 5550 is in your radar, you might as well just pay the extra few dollars for a far superior card. If you read our HD 5670 launch article, we tested out Sapphire’s own card, and even though it uses a fan, it was quiet, and overall, no larger than this one.