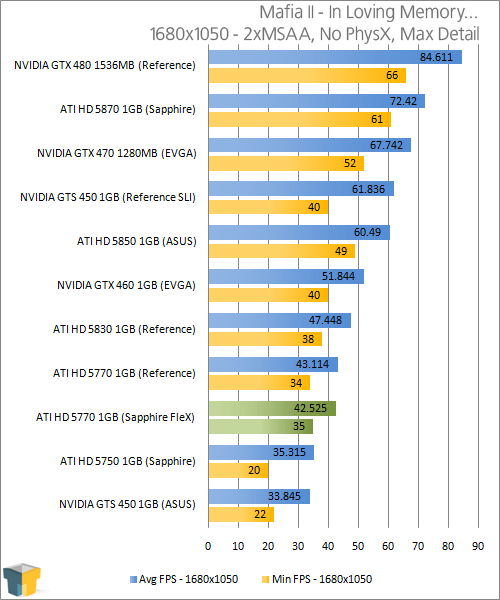 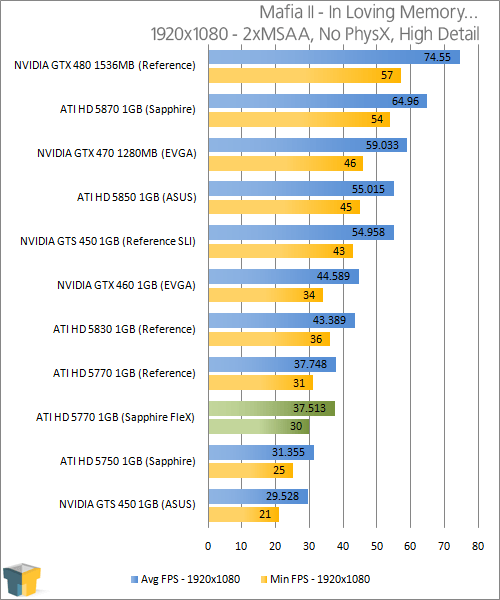 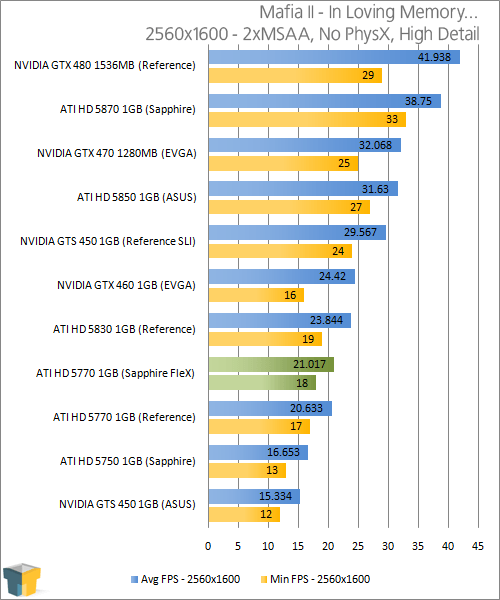 As much as I consider Mafia II to be a great game, one unfortunate thing is that enabling anti-aliasing does little. For AA benefits to really be seen, 4xAA would be desired, but here, the only option is 2xAA, and in normal gameplay, you’re not going to see differences unless you actually look for them. Even so, the FleX card handles the game relatively well up to 1080p, which for a game that looks this good is fantastic.

Similar to Just Cause 2, we found that lowering the detail settings and going to 2560×1600 was the best option. To pull off that resolution, we had to decrease all levels of detail to Medium, and disable both ambient occlusion and anti-aliasing.

To pull the game off in an Eyefinity setup, we had to use identical settings as our 2560×1600 best playable. Like both Dirt 2 and Just Cause 2, Mafia II looks great across three displays, and interestingly enough, it’s one of the few games (or rather, the only I’ve ever seen) that gives a “3 x 1600×900” option rather than “4800×900”. It’s interesting that the developers chose to label the resolution like this, but it’s non-important in the grand scheme.