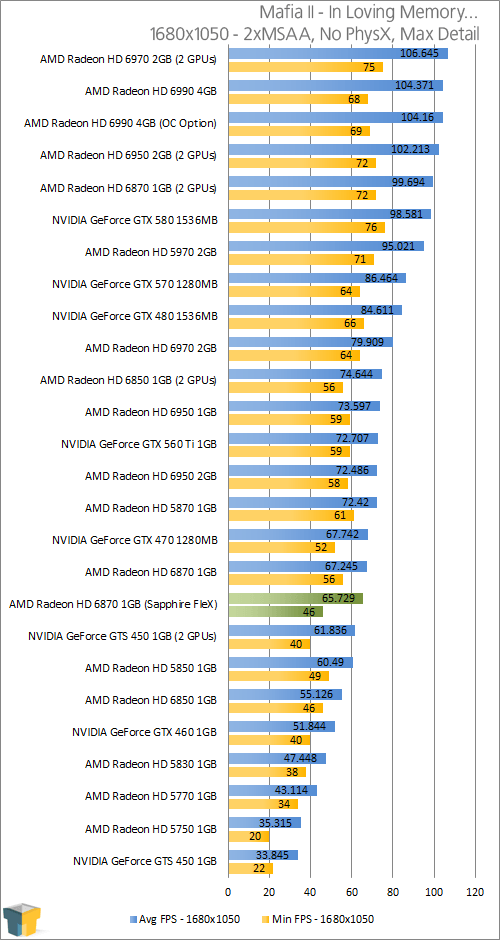 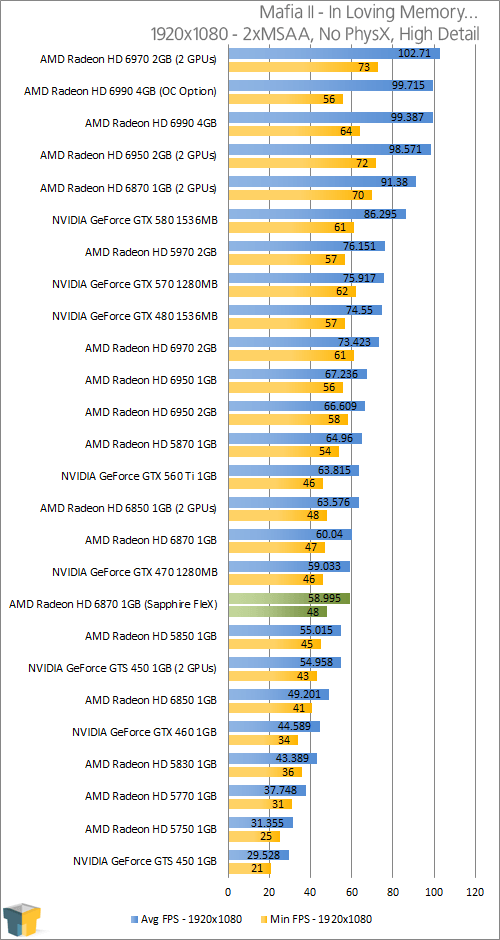 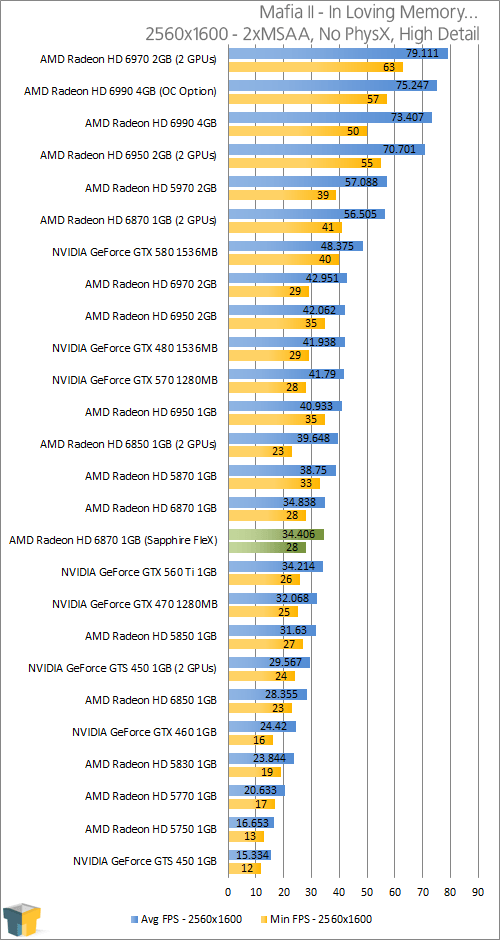 We saw no performance gain using 11.4 at all in Dirt 2, and then a minor performance gain in Just Cause 2. Mafia II looks to round things out by decreasing the overall performance, just a smidgen. Despite the decrease, all resolutions aside from 2560×1600 remain totally playable using AA but no PhysX. For 2560×1600, AA can be disabled to help boost the average FPS.