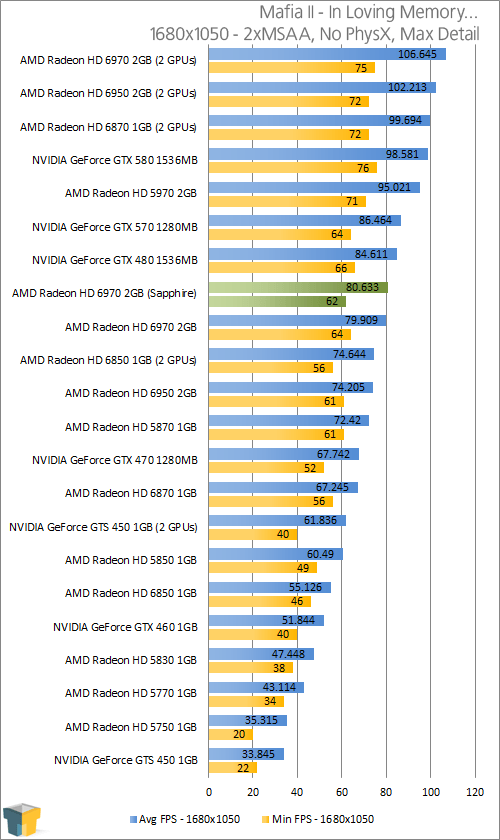 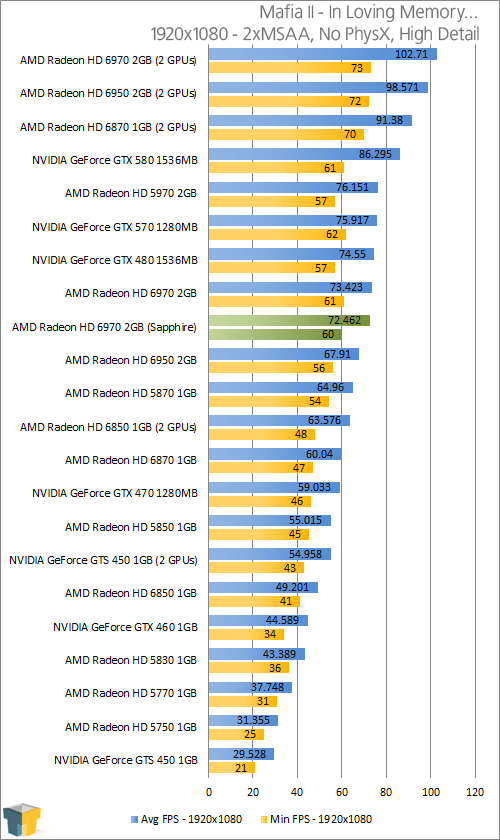 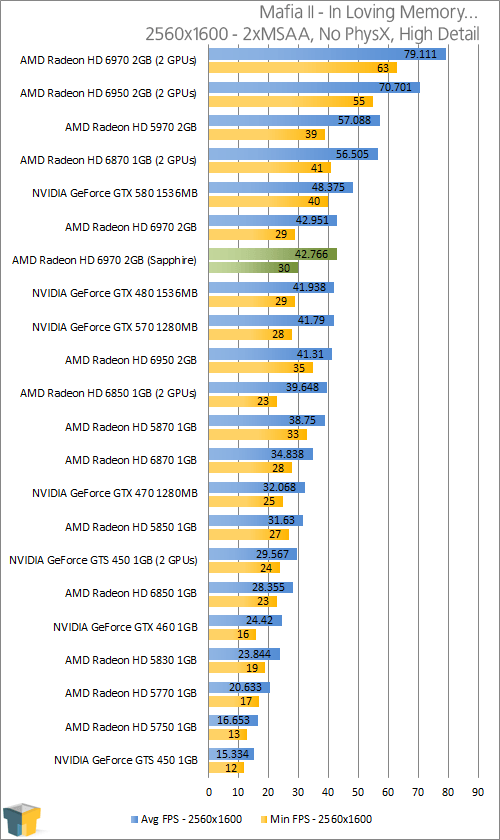 Being that Mafia II was built with NVIDIA cards in mind, it’s of little surprise to see those cards out-perform AMD’s all-around. In order for AMD to compete, dual GPUs need to be used. Performance is still good all-around, though, from both teams.