With our look at WD’s RE drive last month, drawing up a conclusion wasn’t too difficult. Compared to the company’s own enthusiast-bound Black 4TB, it won the proverbial race in every shape and form. Meanwhile, Seagate’s Constellation ES.3 4TB leaves us enthusiastic, but confused.

You see, based on synthetic tests alone, Seagate’s drive looks to be the hands-down winner. But it’s not until we get into our real-world transfer tests that we begin to see some oddities. While the drive managed to beat out its direct competitor in HD Tune, AIDA64 and even PCMark 7, it fell short in our folder transfer and file/folder copy tests – areas we would have believed it to excel in.

As of this article’s posting, we’ve been waiting some time to hear back from Seagate regarding the couple of oddities we discovered, but it reached a point where we couldn’t hold off on publishing any longer. If we do end up hearing back, I’ll update this page of the review and also make mention of it in our news section. 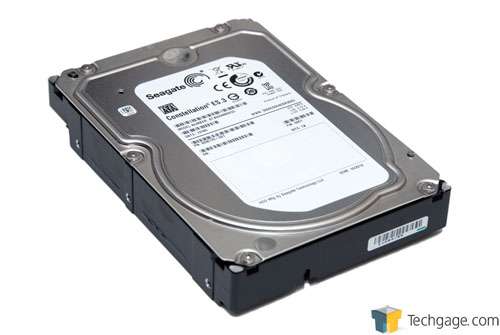 At the end of the day, the areas where the ES.3 fell short are not major. It proved a bit slower in our folder transfer tests, but not too much. While it was considerably slower with file/folder copies, that sort of operation is rare for normal usage (how often do you copy / paste a piece of data on the same drive?).

That said, the fact that there are discrepancies like this at all is strange, and frustrating. Prior to wrapping up our results, I wanted to make absolutely sure that our initial results were not flukes, so I:

Normally, we don’t need to re-test a storage device four times over in order to feel confident in our results, but it was necessary here. If there’s one thing that drives me truly bonkers, it’s feeling a little iffy about our test results. 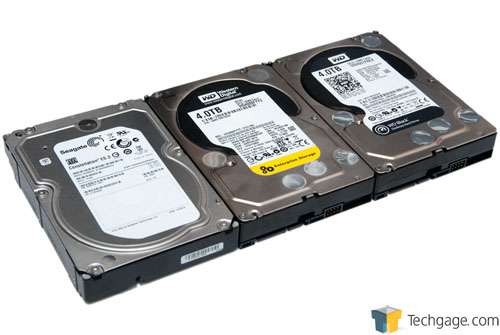 That all aside, Seagate’s Constellation ES.3 is far from being a poor performer. It does fall a bit behind in a couple of our real-world tests, but it excelled throughout our gaming and synthetic tests (leading us to believe that it -could- outpace WD’s drive with different types of data).

Could Seagate’s odd folder and copy performance be improved with a firmware update? We’re guessing that there is a good chance it could. Is there a chance we’re experiencing some rarity performance-wise? Also yes, but as Seagate has so far been unable to comment on our results, we remain confident in them. We do hope to be corrected in the near-future, however, as this drive has huge potential and should be delivering better real-world performance than what we’re seeing.