Up until a couple of months ago, the 4TB desktop market was bare. Alright, it’s still bare, but it’s been made better with the help of the drive we’re taking a look at here, Seagate’s Desktop HDD.15. The reason? Its pricing, of about ~$190 (it can be found for a bit less when you shop around). Compared to the previous minimum of ~$300 for HGST’s bottom-of-the-rung 4TB model, Seagate had one heck of an interesting drive on its hands.

At its $190 price-point, Seagate is offering a drive boasting a per-GB fee of about five cents. That’s not the lowest we’ve ever seen, as there have been times where drives like WD’s Green 2TB have dropped to about $80 during sales, but given 4TB is the largest capacity available at the moment, it looks to be a great buy from almost all angles.

Given the fact that this drive has been available for about three months, and always at a ~$200 price-point, it’s rather surprising that WD hasn’t already released a competing model. It’d could be that the company doesn’t see a major demand for such a large density at the moment (doubtful), or it just prefers to not devalue its Black and RE offerings relatively soon after their respective launches. 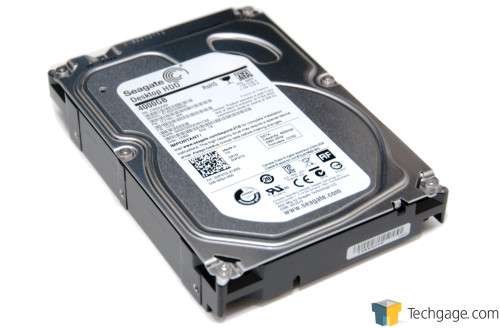 Comparing the prices in the table below (based on Newegg and Amazon’s pricing), we can see that all six current 4TB models on the market have declined in price since our look at Seagate’s Constellation ES.3 this past February. The top two drives saw about $20 lobbed off, while HGST’s Ultrastar dropped $90.

In the consumer space, the drive we’re taking a look at in this article dropped from $210 to $190 (and again, even a couple of dollars cheaper when shopping around); HGST’s dropped from $310 to $260; and WD’s Black dropped $45 to sit at $285. With these drops, HGST’s consumer drive has inched a lot closer to Seagate’s, but even so, there’s still a $70 gap. Seagate’s HDD.15 remains the most attractive-looking drive from a pricing stand-point.

Between HGST’s and Seagate’s model, the notable differences are spindle speeds and warranty. Seagate offers a mere 2-year warranty on its drive, while HGST offers 3. To see a 2-year warranty on a 4TB sub-$200 drive isn’t surprising… in fact, it’s to be expected. Seagate hasn’t chosen to award a 2-year warranty as a result of its lack of confidence – instead, it’s what helps keep pricing low. Your drive could very well last five years or more – these things are impossible to predict. As for the spindle speed, as 4TB drives are likely to be used mostly for storage, 5,900 RPM is hardly a notable disadvantage.

That said, I personally don’t hold a huge amount of confidence in a drive that carries only a 2-year warranty, based on my personal experiences with hard drives as of late. Recently, a WD RE4 2TB drive died on me that had about one-and-a-half years clocked in (NAS-use). As you’d expect, the more you pay, the better the warranty is. In the case of a drive like this, you have to take the good with the bad. You get a weak warranty, but you get a ton of storage for the best price possible. 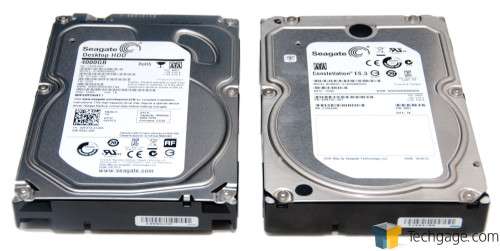 That fact compels me to reiterate what I hope would be obvious: you never want to place a large amount of data on a drive like this and not have some sort of redundancy. At the very least, you’ll likely want two of these drives in a RAID 1 configuration (mirror). Exceptions would be if the drive is used only as a “throwaway”, where data stored on it is truly unimportant, like game installs, downloads and so forth.

Simply put, 4TB of data tied to a single drive, regardless of the warranty, is dangerous if the data is important. So, if you’re interested in a 4TB drive like this and want to study up on RAID, I highly recommend you read through Brett’s in-depth look at redundant storage that we published this past fall. As the article’s title suggests, it will demystify everything for you.

With that all taken care of, let’s take a quick look at our testing methodology and then move into the test results.