by Brett Thomas on September 24, 2012 in Editorials & Interviews, Storage

Interested in RAID, but not sure which option is right for you? The goal of this article is to clear up any confusion you may have. We discuss what RAID is, what it isn’t, potential dangers, differences between popular RAID levels and last but not least, what you need to get yourself up and running with your very own RAID.

Page 1 – Introduction & What is Raid?

Welcome to a new (and hopefully) regular feature on Techgage – the SysAdmin corner. Most of us are power-users on the desktop, whether it be for games, graphic arts or just for the sheer fun of building and tweaking. However, many of us also have to carry our computer skills into other tasks – both at work and at home – where we need to focus on productivity and goals instead of TFlops and SiSoftware Sandra benchmarks.

Today, we’re going to take a look at one of the most often misunderstood features built into modern motherboards (and decent operating systems) – the redundant array, or RAID. On the TG IRC, I was recently asked to explain my home server setup, and people were surprised at my choices as well as just how fool-proof my home server really was, so I figured that I would pass along a basic understanding of why and when to choose RAID, what its risks are, some basic guidelines and even a couple uses you may not have thought of.

RAID stands for “Redundant Array of Independent Disks.” This brings up the first point – RAID is for redundancy; NOT A BACKUP! This is, above all, Rule 0 of RAID.

Say it with me, people: RAID is NOT a backup.

So if it’s not a backup, what is it? A RAID array is a group of hard drives that are treated as if they are one congruous file system. That filesystem does one or both of the following: speeds up read/write access (which is called striping) by spreading a single file over multiple disks, and provides fault tolerance, which is the ability for one or more disks to fail without losing all of your stuff by writing the same information (or a checksum, called ‘parity’) to more than one disk (called mirroring).

RAID started off as an idea to use smaller, cheaper disks as one cohesive unit when larger storage options were more expensive. However, over time, it’s grown and morphed into a whole storage concept unto itself. With RAID, you can get great speed and no fault tolerance, or tremendous fault tolerance and just a little speed enhancement at either extreme. In between is a balance, where we get both some level of data safety and some level of performance increase. 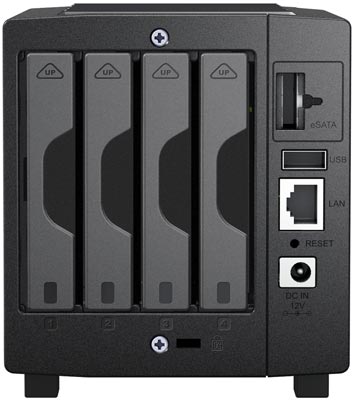 Outside of the super-duper speed of RAID 0 (we’ll get to that in a minute), RAID’s primary purpose is to make sure your data is accessible at all times – even if a hard drive dies. This is important to remember, as it’s reinforcing Rule #0, not disagreeing with it: RAID is there to increase the availability of the data stored on it, not to back it up. This does not mean you can’t or shouldn’t use a RAID array as a backup for other disks – it excels at that, actually, by adding fault tolerance – but it means that running a RAID array does not mean that the data on that array is backed up or is somehow safer from anything except a hardware failure.

Correlated to Rule #0 is Rule #1: Garbage in is garbage out. RAID will not save you from data corruption, deletion or anything else – it will merely make sure that the new corrupted version is more available than ever before. In fact, RAID can actually increase the likelihood of data corruption due to poor configuration, improper parity block calculation, power outages (on non-journaling filesystems, particularly), etc.

Choosing the right RAID “level” for your needs is crucial to getting the best out of your setup. So, let’s look at those now!