Inside the case is a box with screws and standoffs. Nope, no drive rails as this is not a screw less case. 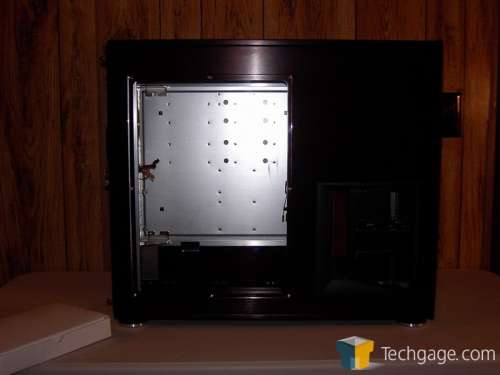 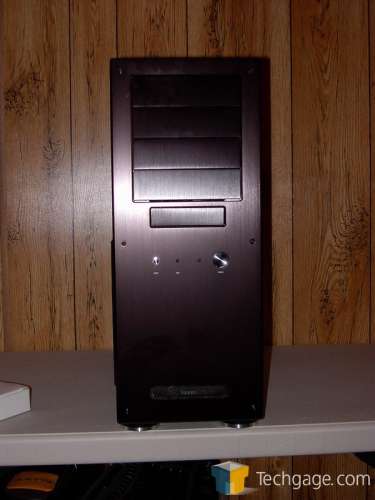 The front of the case is very monolithic. No intake grilles, doors or anything to mar the "Huge slab of aluminum" impression it gives you. At the bottom is a milled SilverStone emblem set into a recess in the case front. Myself, I think it looks kind of slick but others might not be so hip on having the front of their case branded indelibly. One downside to the anodized finish is that it shows finger/hand prints horribly. They’re pretty hard to get off as well.

Another notable thing about the case fascia is that it’s mounted to the frame with allen head screws. In point of fact, everything is pretty much held together with screws on this case. The drive bays are screwed in, the roof is screwed into the chassis as are the rear supports. If you’re looking for a case that’s easy to mod then you’ve found a likely candidate. 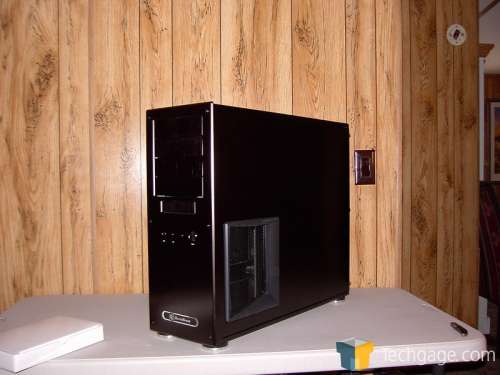 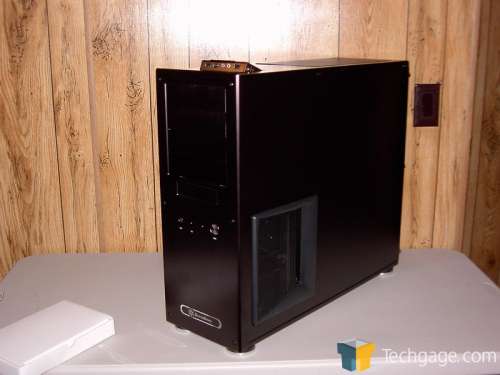 Normally the "off side" of a case has nothing to look at aside from a large featureless panel. Not so with the TJ09. I’m sure that you noticed the "scoop" on the windowed side of the case. The other side features the same "scoop". I say "scoop" as that’s what it reminds me of, the old NACA (NACA was the forerunner to NASA and stood for National Advisory Committee for Aeronautics) ducts found on ’60’s and ’70’s muscle cars. While it looks like a scoop it’s really the intake for the front fan and the intake and exhaust for the HDD fan should you choose to add one. 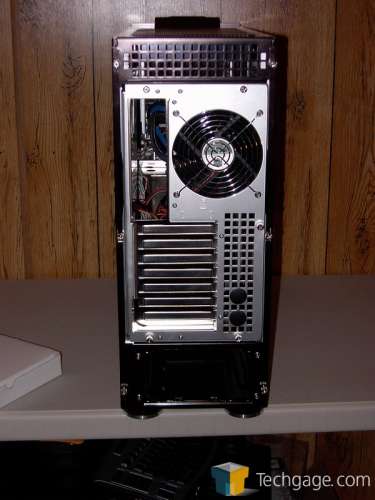 Looking at the rear of the case we see that it has a pull out mobo tray that’s well ventilated to help aid in cooling should you also decide to add the optional roof mounted fans. Having more exhaust fans than intakes generally causes dirt and dust to gather at all the nooks and crannies due to the air having to get into the case from somewhere. With this case you won’t run into that issue which is nice. I’ve found that in cases that have more exhaust air flow than intake it tends to pull dirt in through the optical drives which is a pain in the neck.

We also see that SilverStone was forward thinking enough to pre-drill for tubing to be routed out of the mobo tray. This means that water cooling is a relatively easy and painless upgrade for this case if you opt for an externally mounted radiator. 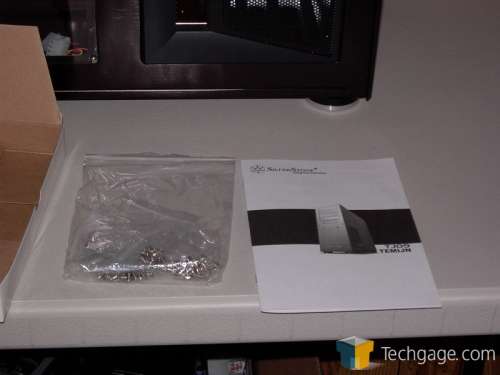 I mentioned the box of screws earlier and these are what you get along with a manual on the care and feeding of your new case. 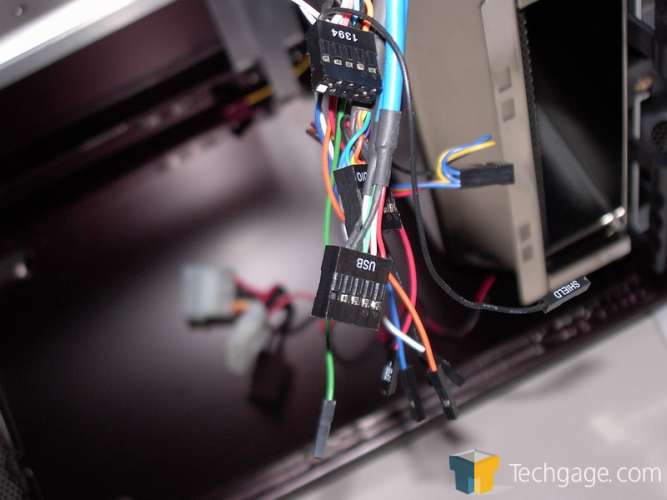 The forward ports are terminated with block connectors and the Firewire ports feature single conductors with individual terminations and the audio port is set up for both AC’97 audio and Intel’s new HD Audio spec ‘ed connectors. Sadly though, the wires are a tad on the short side and don’t allow for routing under the edge of the mobo if you’re so inclined.