Page 3 – Living and Working with the System

After a few weeks of working with the system, putting it through its paces and subjecting it to many hours of tortuous benchmarks, we can get an all-around picture of the latest offering of NUCs from Intel. If it’s not obvious, the first thing you will need is a USB Flash drive to load up your OS of choice, preferably USB 3.0. You can find details on how to do this in an article we wrote a while ago.

I would recommend that you download the driver bundle from Intel as well. Intel does provide its own universal driver installer, but this requires an Internet connection be available. Unfortunately, Windows 7 and 8.1 do not have any drivers available for the NUC on a fresh install, so you will need to download and transfer them over beforehand. However, if you plan to use the NUC with Windows 10, network connectivity is available out of the box. When installing your OS of choice, be sure to use the UEFI-enabled mode, as this will help improve boot-time significantly.

There is one small, innocuous feature which took me by surprise the most out of all the different tests I performed; the boot time. Being the highly integrated device that it is, the NUC5i5RYK, once properly configured, is capable of booting to the Windows 8.1 login prompt in under 7 seconds – from a cold boot. If you have auto-login enabled, you can be at the desktop, everything ready to go, in 8 seconds. This is not guessing, this is timed and repeatable. This is possible through two things, a UEFI enabled OS and the Fast Boot option in the EFI.

Fast boot effectively bypasses most of the startup procedures of the system and doesn’t respond to any input until the OS is loaded. This does mean you can’t select the boot device or enter the EFI either. If you need to get into the EFI later on, you can do so by holding down the power button for three seconds when you start the system up, 3 beeps will be heard (through connected speakers), and then you can press F3 to disable fast boot and get into the EFI as usual.

In the home, the NUC is likely to be used for at least some kind of streaming or movie playback. The incredibly small footprint, low power and generous processing efficiency, make it ideal. While the fan at full pelt will likely be distracting for most, it’s unlikely to rev-up under normal use.

For the purposes of a home theatre setup, there is little you can fault with the NUC. If the EFI is set for quiet fan control, it will remain barely audible, even during some heavy workloads. Testing was performed with a large PLEX collection, streaming over both the network and Internet. All menus responded instantly with the only delay being slow cache delivery from a backwater ISP. Scanning was equally quick too (skip 30 seconds, 10 minutes). Wi-Fi performance will be up to your local conditions, but I found no major issue with 802.11n. 1080p video was rendered perfectly with no visible frame loss. 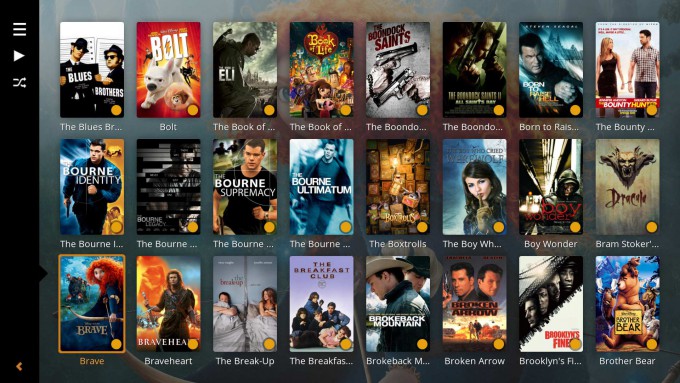 The catch comes with newer formats, like the slowly deployed HEVC or H.265 codec. Currently, there is very little in the way of optimization or hardware acceleration. The success rate of the codec will depend on the individual movie compression and the software decoder stack. Using plain vanilla Media Player Classic – Home Cinema, the NUC can render most H.265 movies at 1080p, but high quality/high compression movies are likely to put a little too much strain on the system. Using MadVR as the rendering engine, things just don’t quite hold steady, with very regular frame drops, as there is no hardware decoding available.

Steam introduced its new streaming feature a little while back and this proved to be a good opportunity to experiment with the functionality. When initially setup, things were not terribly smooth. Borderlands: The Pre-Sequel was the first test, a game that is hardly demanding on a modern system. Using the default settings, the NUC was only streaming at 24-30 FPS, which I originally thought was a limit of the streamer.

Tweaking a few things and enabling hardware encoding on the desktop, and hardware decoding on the NUC allowed the game to render at almost native speeds, 45 FPS+. Latency was pretty much non-existent over Ethernet too. This was tested by checking the monitor on the desktop while playing the game through the NUC’s keyboard and mouse – a strange feeling if ever there was one.

Other games that followed, showed similar characteristics, in that you won’t quite get native speeds due to the extra encoding the host has to perform while rendering the game at the same time. In terms of latency though, I was struggling to notice a difference. 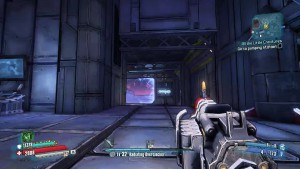 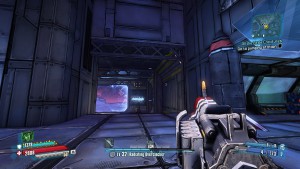 The actual visual quality can be suspect under very fast movement. Even turning up the quality of the encode, there can be a lot of visual artifacts (looks like JPEG compression). When things are slow, you will hardly notice, but anything that requires quick movement will likely be distracting. This might just be a limitation of Steam more than anything, as it’s largely based on the codec in use and the available bandwidth of the network.

The NUC5i5RYK is a very capable yet incredibly small desktop. This is due in large part to the Broadwell CPU, Intel’s latest manufacture-process shrink, down to 14nm. This not only cuts power, but heat, too.

The Ultra Compact Form Factor standard has come a long way, with competition cropping up from the likes of GIGABYTE’s BRIX system, as well as Mini-ITX systems. While NUCs may not be cheaper than an Mini-ITX system of comparable capabilities, you definitely won’t match it in size.

If you only intend to use the NUC as an HTPC, you are likely better served by something like a ROKU, Chromecast, Amazon Fire TV or any of the many other integrated media ‘sticks’ that have flooded the market. However, if you are looking for something more, with HTPC as an extra, the NUC range is especially interesting, due to the use of a full-blown x86 based OS.

The only gaming you’ll be able to do is very light, be it old games, emulation, or low-resolution modern titles. For work, you’ll be able to use it as a light workstation, such as Web development, some graphics, and of course Microsoft Office. In fact, the NUC would be beneficial as something like a permanent fixture to a projector, instead of plugging in laptops.

If you were so inclined, the large memory pool that’s available would be useful for virtualizing (albeit just a couple of instances due to the dual-core CPU), although you would be best to use either a larger NUC with the SATA slot for extra storage, or a USB 3.0 external drive.

There are a couple of issues with the latest NUC range, one of which is the use of mini display sockets. Mini-HDMI and mini-DP are still not very common, especially on monitors, and the lack of an adapter of any kind included with the NUC does bring about complications. Adapters cost between $6 and $12, which isn’t expensive, but it’s yet another cost to consider. 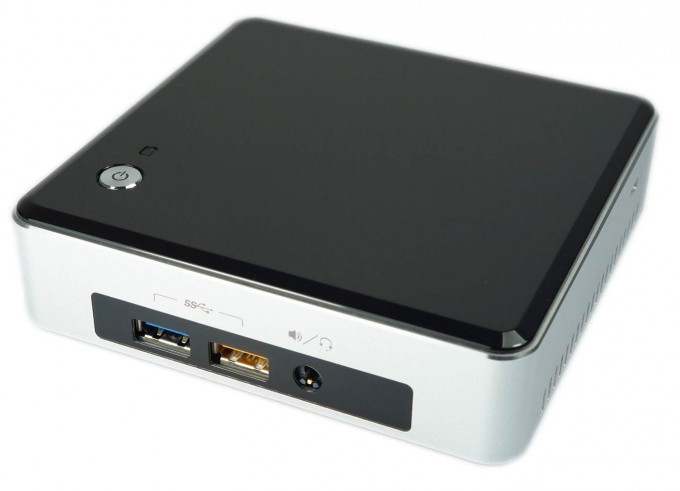 The other issue is that the NUCs are bare-bones, and are sold without an OS, memory and storage. Those three items alone can add another $200-$300+ to the total system cost, plus the $380 for the basic NUC. This brings the starting cost of the NUC to $600+ (delivery, adapters, etc). You can save some cash by using either a spare retail copy of Windows, a Linux distro, or if you are so inclined, Windows 10 via the Windows Insider program.

Unlike normal desktop systems with discrete graphics cards, integrated GPUs in modern processor will take advantage of higher speed memory. If you intend to work with applications that make use of the GPU, then higher speed memory will be beneficial.

The intended use of the NUC will determine its value. If you are after a really small footprint system that’s very low power but still capable of moderate workloads, the NUC5i5RYK is hard to beat. If you are after a compact desktop you can hide away in a corner somewhere that will run as an HTPC from time to time, or even game streaming, you can do that. If you plan to run games natively… I’d look at something like a BRIX from GIGABYTE.

In all, I am genuinely impressed with the system, despite the price and requirements for the M.2 drive and DDR3L memory. For the right conditions, I’d happily recommend it – especially once you learn how to overpower the CPU.

Page List:
Top
1. The NUC5i5RYK, Introduction and Details
2. Testing, Benchmarks and Games
3. Living and Working with the System