Next on the list is Everest 3.5, with it’s read/write and latency tests. We broke through the 8K mark in our read tests and burst through 5,500 in our write. These benchmarks are heavily CPU bound as well though, so the higher your CPU frequency, the better effects your memory overclocks will have. 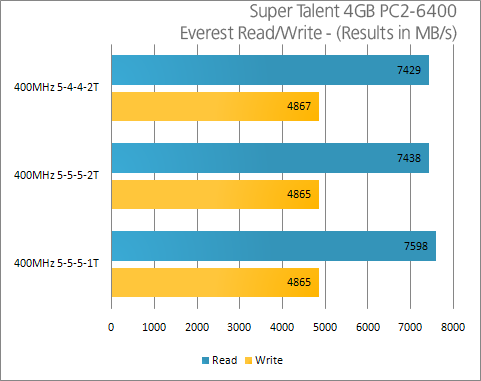 Once again, 1T helped out here, though the Write is virtually locked with the FSB speed. 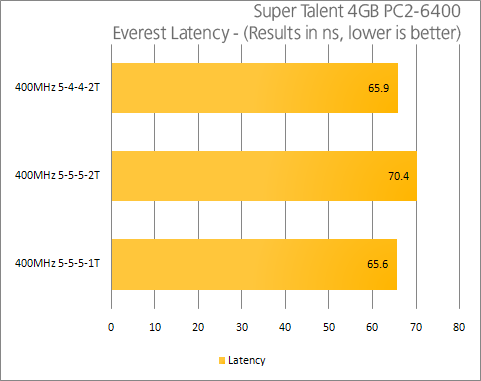 These modules can’t brag about their spectacular latencies, but at the stock setting, it’s on par with 2GB kits. 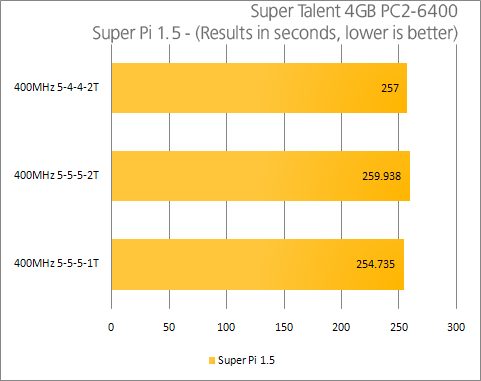 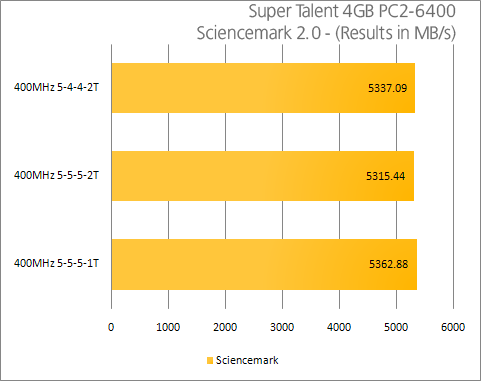 With those out of the way, let’s compare this 4GB kits performance to other kits we’ve reviewed in the past.