If you are intrigued by the Linux world, there is no better time than now to get in on the action. There has never been so much support, or a wide variety of distros to choose from. One of the most popular distros in recent years have been SuSE, due to it’s ease of use.


KDE has always been my favorite Linux desktop environment, so I tend to stick with it with each new distro install. The SuSE desktop never changes too much from version to version, though the desktop wallpaper is always a nice treat. You will first be greeted with a welcome screen offering you to register the product. This will entitle you to the professional support. 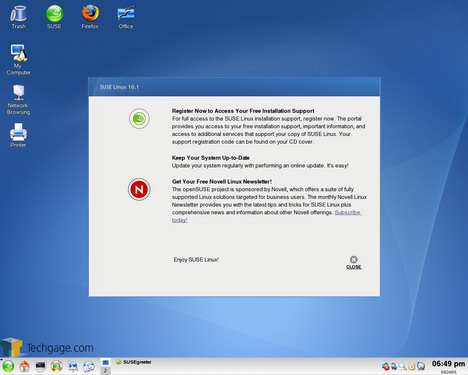 The main problem with buying a retail version of Linux is that by the time you get it installed, many components will already have newer versions. KDE 3.5.1 is the version bundled with 10.1, while the latest version is 3.5.3. For most users this will not matter in the least, but for a power user it will only take a few steps to update. 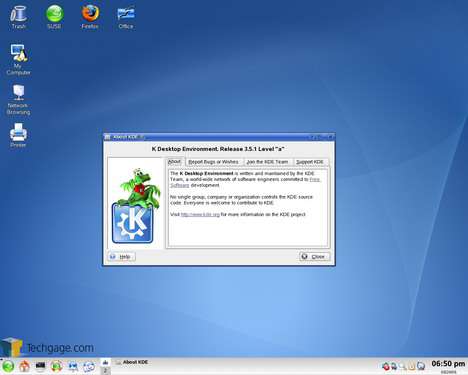 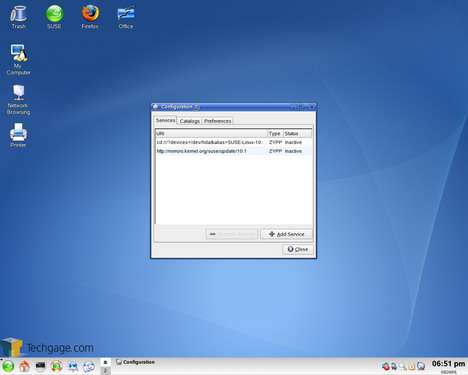 Firefox began being bundled with SuSE ever since 9.3, and 1.5.0.3 is the version included here. Luckily, Firefox has a built in update feature, so updating to the latest version is not a problem.

Oddly though, even though my internet worked through the installation, it did not once I hit the desktop. During the installation, I -had- to manually input my IP address in order for the online update to function, even though my connection supports DHCP. When I hit the desktop though, I could not manually specify the IP address, but rather had to let DHCP do it for me. It’s almost like SuSE didn’t know what it preferred. 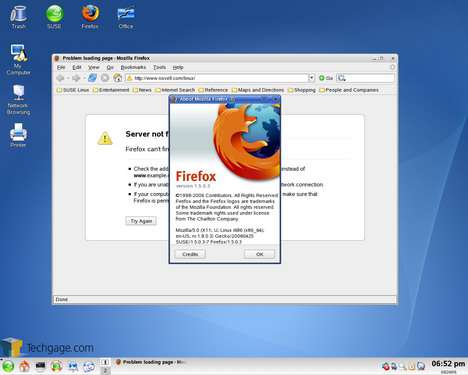 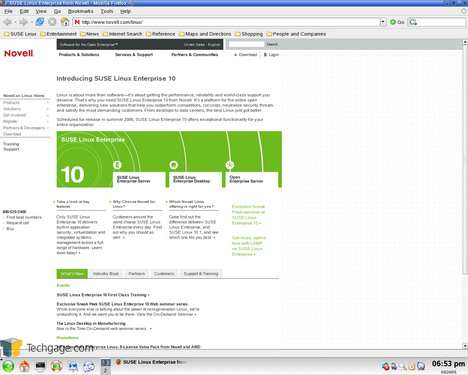 I have to wonder why SuSE doesn’t automatically install an NVIDIA driver for you, when it knows you have an NVIDIA card. As you can see in the Xorg configuration, the ‘nv’ driver has been specified. This doesn’t do much for you in terms of 3D acceleration though, so you must download a new driver manually. In SuSE 9.3, an NVIDIA driver was included in the YaST update but that’s not the case any longer. I am unsure of why this is, but it was convenient. 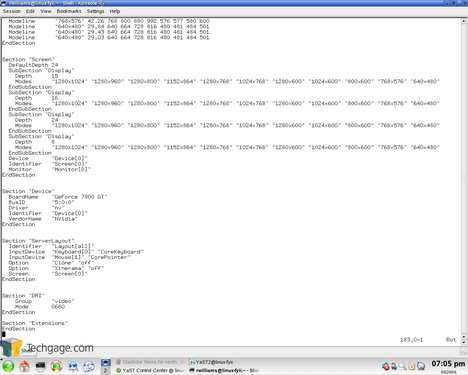 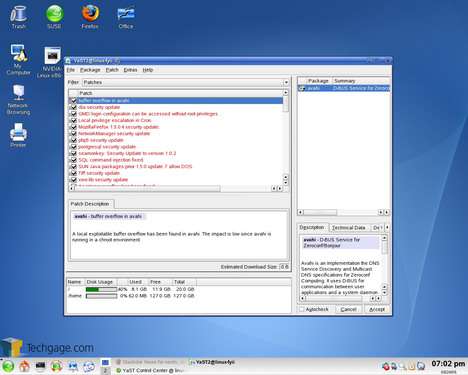 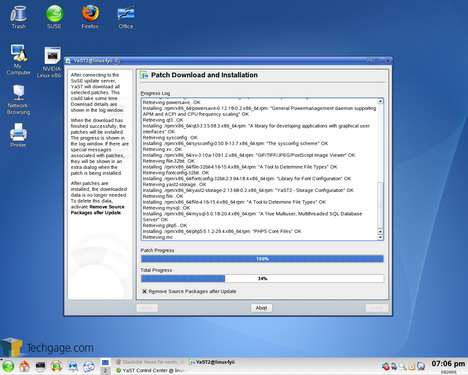 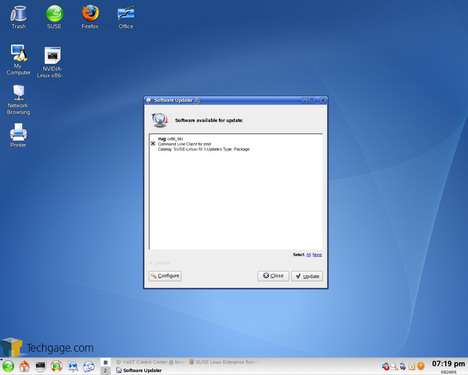