The market for network attached storage, NAS, has grown significantly over the course of the past few years. As that market segment has grown, a few names continue to get brought up more than others. Of those names, our focus of today is on Synology.

While it might not have made a whole lot of sense in the past for home users to adopt some form of NAS on their local network, itâ€™s been an absolute necessity in the business world. There has been, and always will be, a great divide between the technology needs of a small to medium size business and those of an enterprise level company. While the technology differs, the same basic need remains the same across the board. Everybody needs simple and accessible storage.

Synology has been a player in the NAS market since the early months of 2000. Based out of Taiwan, with North American headquarters in Redmond, Synology has built its business around the idea that NAS should be affordable for everyone, regardless of how large or small your needs might be. Being no stranger to Synology myself (this is the fourth Synology product we have reviewed), I personally utilize a Synology device at home for a multitude of personal uses.

Today we are working with the Synology DiskStation DS212 2-bay NAS server. Designed for small business workgroups, the DS212 sports a powerful 1.6 GHz CPU and an advertised read speed of 110 MB/s and 54 MB/s write when configured in RAID 1. New to the DiskStation lineup is USB 3.0 and with it, the option to quickly backup your NAS to an external hard drive. Itâ€™s been almost three full years since we last looked at a Synology product so Iâ€™m anxious to see how far things have progressed in that span of time. 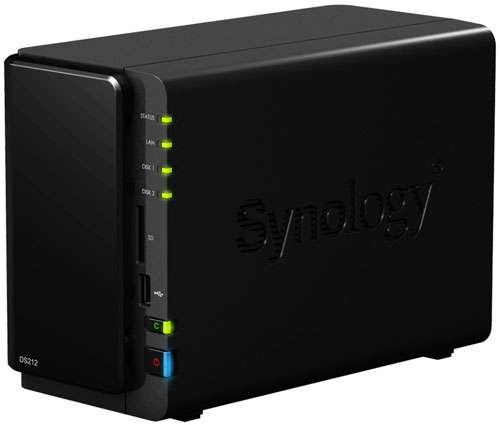 A few years ago, Synology adopted a color scheme to help differentiate its performance line of devices from the rest of its offerings. The first example of this was our DS209+ review. The NAS was completely black, as opposed to a brilliant white, and constructed out of plastic. Fast forwarding to today, it appears that not much has changed. The DS212 retains the black look and the body is once again a thick plastic. Ultimately this doesnâ€™t much matter but I personally would prefer a metal enclosure. The plastic does help to keep the prices of Synology gear down and allows them to focus on its true genius, the software. But more on that in a bit.

There are two pieces to the front of the DS212. The body of the NAS is a matte black while the drive bay cover is black with a piano finish. The removable front is a welcome departure from the stylings of the DS209+ we saw in 2009. The old design required the user to open up the body of the NAS to install the hard drives whereas the DS212 incorporates a hot-swapable design, giving the user access to the drives at all times without the need to power off the DiskStation.

That is paramount to continuous, uninterrupted service. In the event that one drive fails, and you have set up your DiskStation in a redundant RAID configuration, you simply remove the failed disk and replace it with a new one. The DiskStation will then rebuild the array at your command. The key here is that the NAS was never powered off. It continued to serve data. The adoption of a hot-swap design was smart on Synologyâ€™s part.

Sporting four activity lights, a power and USB copy button, the DS212 has been given an SD slot as well. The copy button is for quick and easy backup of an attached USB device. Simply plug in your thumb drive (or any USB storage device whose capacity is less than that of the DiskStationâ€™s available disk space) and press the copy button. The DS212 will archive your thumb drive to a browsable directory. 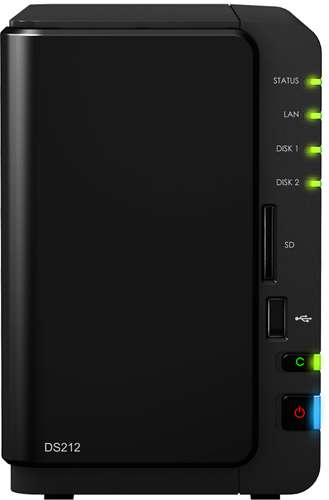 Both sides of the DS212 feature the full Synology brand logo, but looking closely reveals a neat addition. Adding to the aesthetic appeal of the NAS, the letteringâ€™s background is actually open, allowing cooler air to be brought into the interior of the DS212 for cooling. 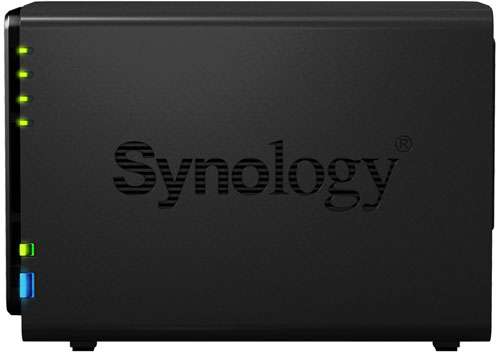 I could go through the hardware specs of the DS212 but itâ€™s far easier to simply provide the list created by Synology. Itâ€™s also far easier to read. Notable features of the DS212 are its 1.6 GHz CPU frequency (a Marvell Kirkwood mv6282 – 88F6282 SoC), itâ€™s maximum capacity of 6TB (2x 3TB HDD) and its incorporation of a SD slot and USB 3.0.

Synology ships each DS212 with a pair of hot-swapable hard drive trays, documentation, a power brick, installation software and a set of screws for the hard drives. This is pretty standard but worth mentioning none the less.

The best thing that Synology has going for it, in my opinion, is its fantastic system software. For those of you familiar with where they were with their DSM (DiskStation Management) software of a few years ago, you might not recognize all that they have done with things.

Starting with one of the most painless setup walkthroughs I have ever dealt with, the entire process, start to finish, rests directly at the feet of simplicity. The latest production version (as of publication) of Synologyâ€™s DSM software is 3.2-1955. This is the version that was used for our testing purposes, something we will get deeper into in a moment.

Of the primary NAS functions for many people is data duplication and serving. To keep things in order, Synology provides its own flavor of backup software called Data Replicator 3. If you choose to use it, itâ€™s there and freely available for owners of DiskStations to use. For Mac users, Synology has baked into their DSM the ability to use your DiskStation as an Apple Time Machine destination. By enabling Time Machine in the GUI, users can then point their Mac to the DiskStation and backup their machine automatically. Itâ€™s actually a pretty slick process and it works beautifully with your OS X device. 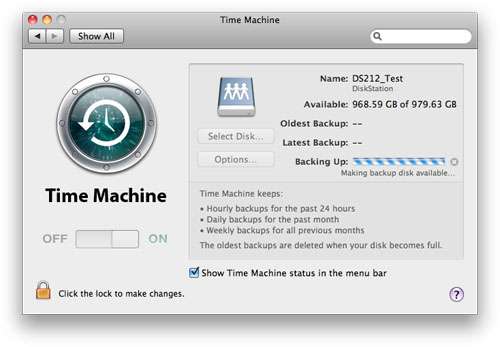 Another awesome feature of Synology products gives business users the ability to leverage their DiskStation is ways most home users wouldnâ€™t think of. You have the ability in the Synology DSM to make your DiskStation an iSCSI target. In doing so, you can create as many LUNs (Logical Unit Number) as you need. Using this, users can map those iSCSI LUNs to workstations on their network and in doing so, create a truly centralized storage location.

Another use of the iSCSI feature of the DiskStations is using the NAS as a datastore for VMware. Downloading the trial version of ESXi 5.0 (users can actually use this completely free of chargeâ€¦ indefinitely), I mapped a LUN in vSphere Client. From this, you can create your virtual machine using the networked storage on your DiskStation. Itâ€™s actually really cool to be able to boot from the NAS and something that you can leverage considerably if the need arises.

Once setup, you can setup as many VMs as you need to on that datastore. The nice thing about using mapped storage with VMware is that if you find that you are going to run out of space, you can simply expand the size of the LUN (assuming you have additional available space on your volume). This gives the admin a powerful tool to use by being able to expand storage as needed. 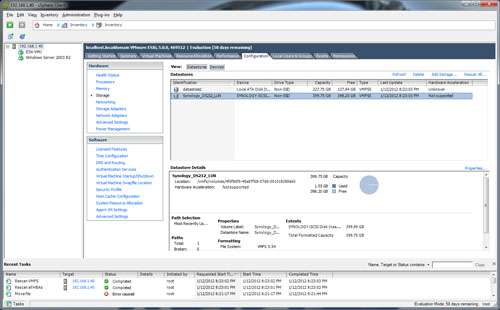 One final thing that Synology has done is leverage the popularity and convenience of mobile apps. The company has created multiple apps, in my case for iOS, which allow you to interact with your DiskStation in various ways. From discovering the Synology devices on your network to checking in with the surveillance, there are apps for your basic Synology-related needs.
On a side note, Scany is a very awesome paid app and network tool. 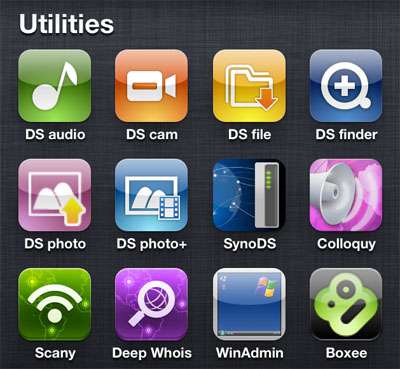 Next up, testing and performance.