To help kick off our collection of gift guides this holiday season, we will begin with components of utmost importance: Processors and Motherboards. The past year has been spectacular for both of these markets, with both AMD and Intel releasing new processors and chipsets throughout. Just weeks ago, both companies unveiled their newest top-end offerings, including AMD’s native Quad-Core Phenom and Intel’s 45nm QX9650.

In our guide today, we will be taking a look at a slew of processor and motherboard offerings for both sides of the fence. Although Intel has an advantage which can’t be argued, many prefer to stick with AMD for personal reasons and that’s fine. It’s for that reason that we include a wide selection for AMD as well. In fact, AMD actually provides equal or better offerings in the lower-end side of things. It’s when moving upwards that things split off.

Although we refer to this as being a gift guide, it’s a guide in general, for anyone. If you are indeed using this guide to purchase hardware for a loved one or friend and are left uncertain about anything, don’t hesitate to post your concerns in our related thread where our forum members will take care of you.

Today, it doesn’t take much money to equip yourself with a fully capable processor. In fact, it’s incredible to think about how far we’ve come in only one or two years. Some of todays offerings that retail for less than $100 are on par or better feature-wise than $1,000 products two years ago. It’s a great time to be building a new PC!

Both AMD and Intel have some great low-end offerings that pack a punch and won’t break the bank. Although there are really low-priced processors available, we chose to stick to dual-core offerings only, since they are truly worth the extra few dollars. 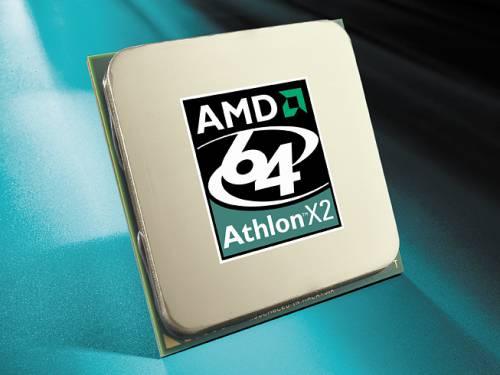 Intel’s great budget choice is the Pentium E2140, a dual-core offering that rolls in with a 1.6GHz clock speed. Based on a 65nm process, it will run cooler and use less power than the AMD CPU mentioned above, but it might prove a smidgen slower given the much lower clock speed. Either CPU will be a good choice in the end, but the AMD could be the better value for speed/price.

When moving into the $100+ range, our choices grow vastly. This is a point where performance can be noticeably better while still retaining a very manageable price.

In this price-range, there are two AMD processors that stand out to me. First is the dual-core Athlon 5000+ X2. I almost get excited when looking at a CPU like this, because for $109, this offering would have been considered a major steal just last year.

Add $20 to the price, though, and an even better deal surfaces: Athlon 5000+ X2 Black Edition. Like the above mentioned 5000+, this one has two benefits. First, it has an unlocked multiplier, meaning it’s truly overclocking friendly. Second, it has a lower power consumption. So in the end, paying more now might mean paying less later. For $129, it’s a hard processor to beat. 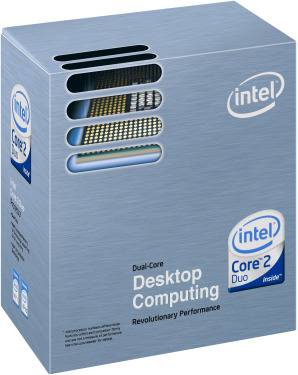 So how about the Intel side? The best-priced offering of the bunch is the Core 2 Duo E4500 2.2GHz, a 65W offering that sports all of the benefits that Conroe brought to the table. It retails for $129 and includes an 800FSB (overclockable of course), 2MB of cache and two lovely cores.

Edging close to the $200 mark is the $189 Core 2 Duo E6750 2.66GHz (review). The obvious benefit here is the clock speed, but the 1333FSB will also help increase performance beyond the simple CPU frequency hike. Because Intel’s C2Ds have incredible overclocking ability, it would be no shock to see this model hit ~3.3GHz stable… on air. For $190, even 3.0GHz would be quite the deal.

Who thought that Quad-Core processors would catch on this quickly? I’d be hard-pressed to build a new machine and not throw a Quad-Core in there. They are so affordable now – even if you don’t need the extra power, it’s nice to know that it’s there.

Because Quad-Cores are such a good deal, I haven’t included higher-end Dual-Cores in our guide, only because I don’t find them to be worthy of their price. Processors from our Mid-Range section could easily be overclocked to reach their higher-end Dual-Core parts. If you are looking to spend more than $250 on a new CPU, Quad-Core is (to me) a no-brainer. 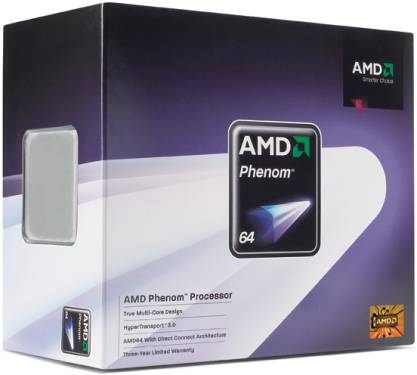 For AMD, the obvious (and perhaps only) choice right now is the Phenom 9500, clocked at 2.2GHz with a 2MB-shared L2 and L3 cache. This CPU requires an AM2+ board, or at least an AM2 board that you know will support the new CPUs. The 9500 is based on a 65nm process, has a 95W TDP and is essentially your only choice for an AMD Quad-Core. This CPU currently retails for just under $260.

For Intel mid-range Quad-Core, the choice is easy: Core 2 Quad Q6600 (review). This CPU offers faster speeds than the above AMD Quad-Core, 8MB of L2 cache and most importantly, unbelievable overclocking ability… especially if you manage to acquire a G0 revision. Compared side to side, the Q6600 will prove a better value than the Phenom 9500. It costs $20 more, but it makes up for it in added performance clock-for-clock. However, if overclocking is not in the picture, either of these two CPUs will suit your machine well.

On the AMD front, there is no such thing as “high-end” right now, and all of their best offerings don’t cost much more than $300. So the true “high-end” realm is Intels only, but I am hoping AMD will do something to shake things up this coming year.

Because Intel’s QX9650 (review) launched a few weeks ago, their previous options went down a few notches, including the Core 2 Extreme QX6850 (review). This model is the last of the 65nm “Extreme” series, and sits at a comfortable 3.0GHz. It offers 8MB of cache like the rest, and extreme overclocking ability, thanks to it’s fully unlocked multiplier. When first launched, this CPU retailed for close to $1,300, if not higher, but now sits at ~$1,079. 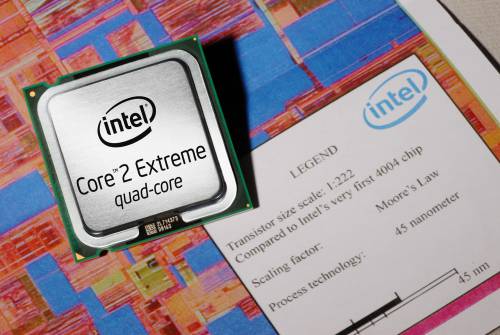 How about the best that Intel has to offer? That of course is the Core 2 Extreme QX9650 we mentioned a moment ago. This is the first enthusiast Quad-Core from Intel based on the 45nm process. This means it has better power efficiency, will run slightly cooler and is generally more efficient overall. This CPU also features the new SSE4 instruction set which makes a huge difference in video-encoding applications that support it. Those are few right now, however, but should pick up quick in greater numbers next year.

The predicament is this. The QX6850 costs less than the QX9650 by about $200. To add to the problem, the QX9650 is different to find in stock anywhere, making the decision that much more difficult. Either of these CPUs is recommended, but if you can find the QX9650 in stock (and don’t mind potentially waiting until after the holidays), the QX9650 will be the better value overall. If you are spending $1,000+ on a CPU, you might as well aim for the best model out there.