There is no shortage of Intel 775 boards to wade through, and that’s a great thing. More choice can lead to long sessions of decision making, but when you finally pick up that perfect motherboard, all the time spent pondering pays off. The motherboard is one of the most important pieces of any machine. It’s also one of the few components where paying more for a higher-quality model is usually warranted.

I am not a huge fan of budget motherboards, but I am listing a few here for those who are looking for solutions around the $100 range. I say I am not a fan, but it’s primarily due to the fact of not dealing with any budget boards in recent memory. Therefore, my opinions are based off of what I’ve read elsewhere and can gather from looking over the product specs and pricing.

The lowest-priced motherboard in our Intel line-up is Biostar’s TP35D2-A7, which retails for $104.99 at most popular e-tailers. There are mixed reactions with this board, but the general consensus is that it’s shortcomings are overshadowed by the boards good qualities. So you can expect some weird quirks along the way, but most might be overlooked in lieu to the price paid. 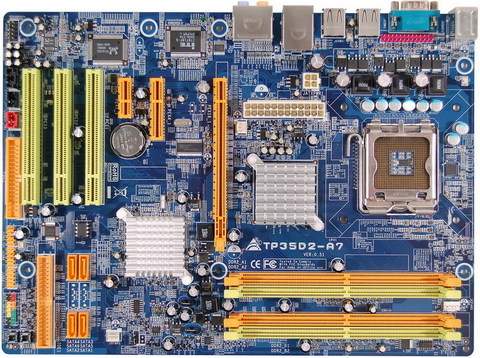 The TP35D2-A7 supports all of Intel’s processor line-up, including the latest 1333FSB models. Crossfire is not supported, but being a budget board, that’s little surprise. Overclocking is a definite possibility, however there have been few who’ve had more success than others. Luck of the draw, as they say. Still, for the $105 price tag, this board should treat you well.

What’s that? You didn’t know that Intel had a P35-based motherboard of their own? No worries, neither do most people. However, taking a look at the specs and price of this offering directly from the chipset source is enough to show that the price tag is one that’s easy to stomach. Like all other P35 motherboards, this one supports both 1066FSB and 1333FSB processors natively, as well as DDR2-800 memory, which can be pushed higher with a little light overclocking and depending on the overclocking-ability of your memory. 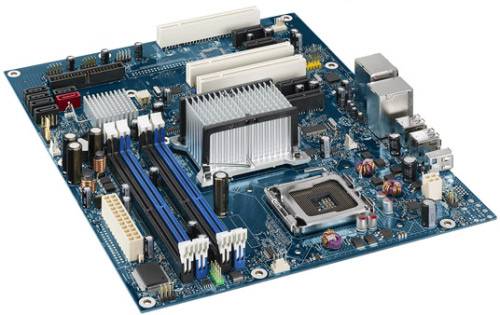 Unlike higher-end P35 offerings, the DP35DP offers only one PCI-E slot, meaning no ATI Crossfire support. To most, this will not matter. I’ve had fantastic luck in the past with Intel’s home-grown motherboards, primarily due to their incredible stability. This board might not be a great overclocker, but if stability and price is your main concern, the DP35DP wins.

Considered to be the best bang for the buck by many, MSI low-end P35 offering is anything but. Unlike other low-end models, the Neo2-FR -does- offer support for ATI Crossfire, thanks to the addition of a second PCI-E slot. Like the others, 1333FSB processors are supported as well as DDR2-1066 RAM. 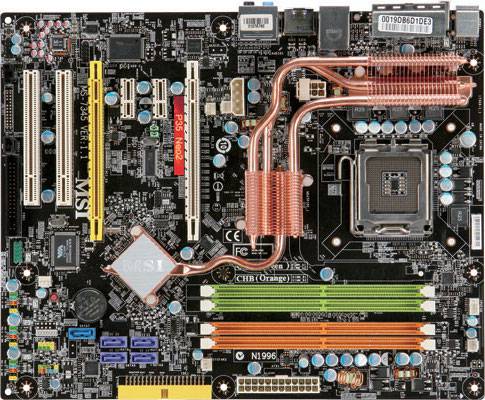 The fact of the matter is, this is a $120 board but looks like one that costs much more. It has lots of copper for effective silent cooling, five S-ATA ports with support for RAID 0/1/0+1/5 and good overclocking potential. If there is any gripe to be had about this board, it would be the layout… it’s weird. The required 4-pin and 8-pin power connectors are located in the most inopportune spots. It’s as though they did it on purpose! If you can get past that, this board comes highly recommended.

Gigabyte has become a personal favorite of mine in the past year. I’ve used four of their motherboards to a great extent and didn’t run into any showstopping issues with any of them. This is why two of their boards have made our Intel list today, including their P35-DS3R which we have here. 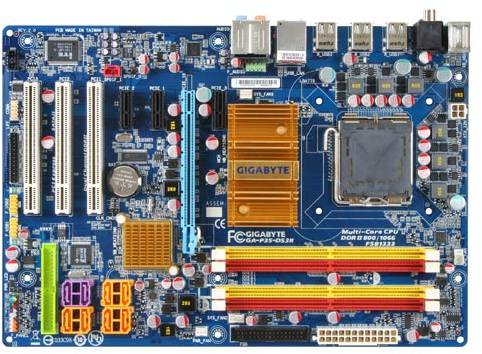 There are few downsides to this board. It offers support for both 1333MHz FSB processors, including Intel’s upcoming 45nm offerings (the QX9650 is supported, but costly). Although our higher-end boards (and the previously mentioned MSI) include support for dual graphic cards, the P35-DS3R offers only one. This might not matter to you if you plan on using a single graphic card throughout the life of your board. Overall, this is a fantastic offering and well worth a purchase if you are looking to pick up a great board on a relative budget.

abit has been having a great year as far as enthusiast motherboards are concerned, and the IP35 PRO is no exception. Although we haven’t tested this board ourselves, it’s hard to ignore the amount of universal praise this board has received. Recently, it came highly recommended from our friends at AnandTech and Tech Report, which is all I need to know. 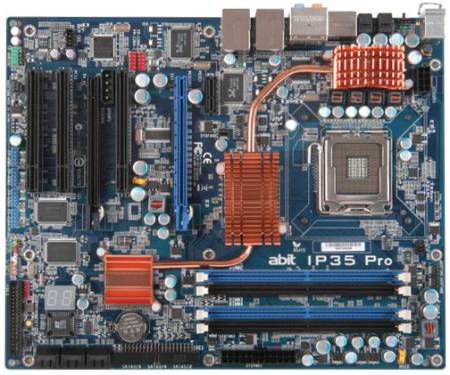 Besides the great overclocking ability and feature-set, the IP35 PRO includes support for 1333FSB processors, DDR2-800 (which can of course be overclocked), dual PCI-E 16x slots (including Crossfire support), eSATA, great software overclocking tools and also totally passive cooling. No fans means a quiet system, a huge bonus if that’s what you are after. Without a doubt, given the price and feature-set, this board is a winner.

For the enthusiast crowd, ASUS has been doing a fine job of delivering the goods. Their X38-based Maximus Formula (review) is no exception, which is why I awarded an Editor’s Choice award in our review last month. For the overclocker, you will be pleased to see huge potential here, reaching 470FSB with our QX6850 Quad-Core and 490FSB with our Dual-Core E6750.

Of course what sets the Formula apart from most other motherboards on the market is the fact that it includes a water-block on the Northbridge. This is -fantastic- for aiding in lower overall system temperatures, but added nothing to our overclocking ability. With water though, we found our CPU and overall system temperatures dropped at least 10°C… a nice gain for such a simple addition. The barbs are that of 3/8″ sizing, but converters are included if you use 1/2″. 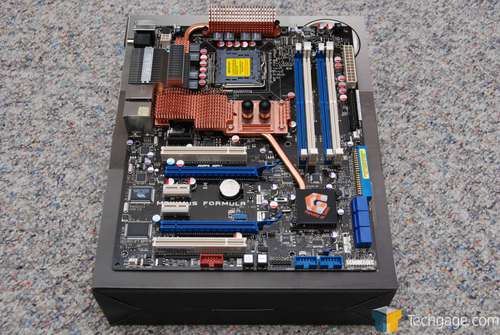 To add to the bling-factor of the board, ASUS also packs in a copy of 3D Mark 2006 Advanced and STALKER, a game that they sponsored heavily. For those who just can’t get enough of this added bling, then the LED poster which sits atop your PC will really make your friends question your sanity. Overall, it’s a fantastic motherboard and one I highly recommend for anyone who is looking for a feature-packed enthusiast motherboard.

The X38-DQ6 (review) was one of the first X38-based boards on the market, and Gigabyte did not disappoint. From the moment I took the box out of package for our review early last month, I knew I was looking at quality. Gigabyte goes the extra mile with everything it seems. The packaging, board layout, feature-set… it’s all top notch. 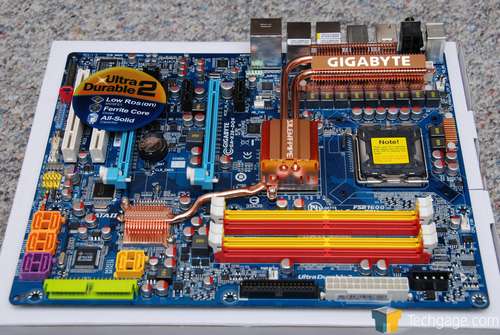 While I don’t enjoy the board quite as much as I do the ASUS Maximus Formula, there’s no denying it’s great looks and stability. Not to mention the amount of copper! You might very well be able to melt all the copper into pennies and purchase a backup board! Overall, this is a fantastic choice for the enthusiast and does well to add a splash of color into your case!

For those not happy with our four primary choices, here are a few other offerings you might wish to consider:

If that wasn’t enough motherboard action for you, then hop (or walk, crawl, etc) over to the next page where we delve into AMDs offerings.