by Greg King on December 20, 2007 in Editorials & Interviews, Networking, Storage

Have more than one network-capable device in the house? You need a router! Luckily, that’s exactly what our final gift guide tackles, along with a few of our favorite NAS boxes. Now you will really have no excuse for keeping your game console off the network or your data backed up!

In the networking area of our gift guide, we are looking at a pair of categories as we feel these two are really the only highly saturated areas in home networking at the moment. Not many of you need switches as the available ports on your current routers will suffice. With that said we are focusing on home routing and network attached storage.

As more and more of us move online to game, we need extra ports for our PCs and consoles and the easiest way to go about doing this is with a router. On that same train of thought, the more devices we have on our network, but more likely it is that data will either need to be shared or want to be shared.

You can setup shared folders on each host PC but the caveat to that is that each of those PCs much be on in order to access that shared data. An easy and simple workaround to that is attaching a networked storage device. A device such as this also allows a simple and convenient place to back up important data such as documents, songs, pictures and movies.

Starting with the routers, we are taking a few things into consideration. As the debate between wired and wireless continues to rage on as strong as it ever has, a nice point of home networking gear is that wireless routers provide expandability with their built in wired Ethernet ports.

While some offer 10/100 connectivity, others now allow true gigabit connections. Whether or not you need the additional speed is up to you. Taking all of this into consideration, we have decided to not include wired routers into this yearâ€™s gift guide simply because more and more hardware is wireless capable and even if it isnâ€™t, virtually all available wireless routers include wired ports for just such needs.

Playing the role of todayâ€™s budget router is the TRENDnet TEW-631BRP. Offering four 10/100 Ethernet ports, draft 11n wireless capabilities and WPA2-PSK wireless encryption, the TEW-631BRP if perfectly suited for those of you looking for wireless capabilities of the n variety on the cheap. While the blue color scheme leaves little to be desired, the TEW-631BRP is a cheap and effective offering for those looking for such a device. 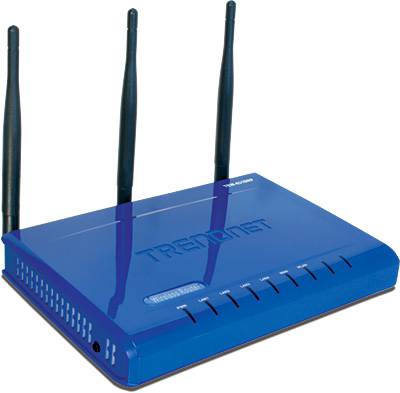 Finding a great router for under $100, which is what we originally wanted to do, was a difficult task as most everything available offered just about the same set of features as the TRENDnet TEW-631BRP. To compensate for this, we upped the price range by $10 and will make up for the extra difference in pricing with a few extra routers in our other offerings section.

Taking everything into consideration, the TRENDnet TEW-633GR and the fan favorite D-Link DIR-655 share our mid-range spot. Both offer gigabit Ethernet ports and QoS (Quality of Service) settings bringing fast connectivity and graduated internet performance over other lesser routers. With the future of draft 11n undecided, both routers offer 11n 2.0 compliance which from what we have heard, is as close to the final standard as itâ€™s going to get so purchasing either of these fine routers will serve you well once n becomes a standard. 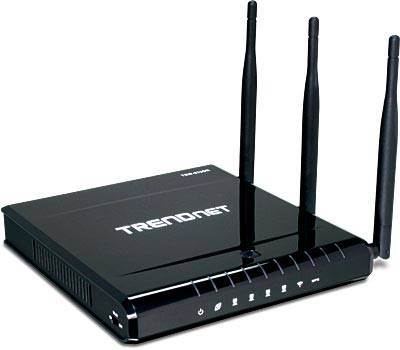 Taking top honors this year is the D-Link DGL-4500. Taking a page from Belkin and including an actual display on the routerâ€™s top, the DGL-4500 provides gamers with the one thing they crave most, blinking lights. Display aside, the biggest feature of the DGL-4500 is the dual band 11n, allowing the user to wirelessly connect on the standard 2.4 GHz range or the far less crowded frequency of 5GHz.

One thing to note about this is that there arenâ€™t many adapters available that can accept a 5GHz frequency but those that can, will enjoy the less crowded frequency. The only sacrifice to running at 5 GHz is that you canâ€™t simultaneously run in both 2.4 and 5 GHz, effectively removing connectivity for any device using the 11b or 11g standard. All in all, the D-Link DGL-4500 is the best router available and it comes in black which is nice as well. 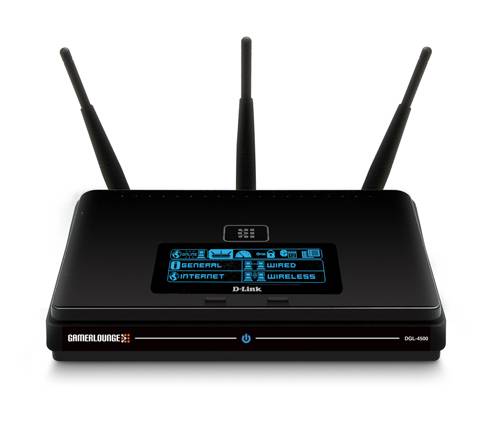 Linksys WRT54G: Quite possibly, and without exaggeration, the most popular wireless 11g router on the planet. Everywhere you look, people are using one version or another of this device. For those of you with older versions, there is an unsupported firmware floating around the tubes that grants this device (as well as many others) far greater capabilities. From my understanding, all but v7 of the WRT54G can use this upgrade.

Asus WL-500W: Yet another product reviewed by Rob, the WL-500W is a very solid showing from a company not necessarily associated with networking hardware. Supporting multiple devices via itâ€™s USB port, including printers, thumb drives and web cams, the WL-500W is designed to look good in any environment be it in homes or small offices around the globe.

Belkin N1 Vision: Interestingly enough, this router made quite a commotion when announced thanks to its large OLED display on the top of the router. Giving the user relevant network information, the N-1 Vision can also show you who might be leaching your internet connection, hopefully prompting you to up your security settings. Rob and I both saw the N1 in action at IDF last September and left the Belkin booth impressed. The only thing that keeps this exquisite router out of the top spot is the lack of dual band wireless which may or may not affect you at all.