The Internet Sucks When You’re Offline

by Rob Williams on June 6, 2019 in Editorials & Interviews

It shouldn’t be that when you suddenly find yourself offline, half of your software stops working. The problem gets worse when you take advantage of offline options and still run into roadblocks which can’t be corrected until you find Ethernet or Wi-Fi again. It shouldn’t be like this.

Ahead of last week’s Computex, and with the assumption that I’d be shooting and editing a video there, I decided to prep the just-reviewed Razer Blade 15 Advance Model for some on-the-go work. While doing so, I decided that I could get quite a bit done on the plane, being that it’s about 20 hours in the air each way. Like a good netizen, I made sure every sensitive application was set to offline mode before trekking off.

Well, a lot of good that did.

While sitting on an Air Canada flight, I quickly realized something: the Internet really sucks when you’re offline. It’s not as though it’s just one or two things that can wreak havoc while offline. Developer assumptions that users are online all of the time is annoying, but it becomes infuriating when it suddenly prevents work from getting done.

I have a particular bone to pick with Adobe. The company has been an amazing supporter of Techgage for over a decade, so there’s no disrespect meant. But any Adobe user knows the perils of having to log back into the software, or being kicked out mysteriously. The login box never saves the email address and encrypted password, so in my case, I always type in my email, and then go to LastPass to copy the password to my clipboard. 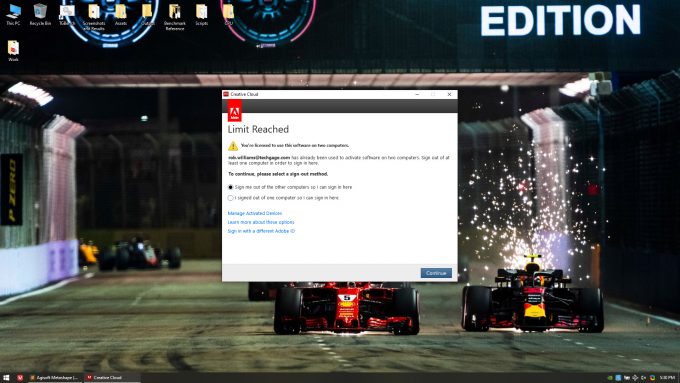 If I were a normal user, I don’t know if I’d complain about this mechanism too much, but not everyone uses software the same. In my case, I run four separate benchmarking PCs at any given time. Software like Premiere Pro is used not just for our CPU testing, but also workstation GPU testing. Dimension is also used for CPU, so during long stints of benchmarking, Adobe must wonder why someone has to log into the same account so many times in a single day.

Is it so hard to allow offline access for a certain amount of time? Or a mechanism that allows a single license to be used at a time? The latter would be preferable to being booted out unapologetically. When you have to log in constantly to as many services as we do, the problem becomes obvious very quickly.

To be fair to Adobe, the software can be used in offline mode, but with a massive caveat of needing to launch all of the software you intend to use right before you disable Wi-Fi. I did this with Premiere Pro, Media Encoder, Photoshop, and Audition, but I forgot Acrobat DC. When plane time came, I could use all of the applications I remembered to launch before Airplane Mode, but Acrobat had to wait until I landed and regained an Internet connection.

As much as the Adobe activation mechanism bothers me (and it should bother anyone who pays $600/yr for it), an issue that truly baffled me was with Razer’s Synapse software. During this plane ride, I decided to load the software up to see how loud the loudest fan speed could be heard in a quiet cabin (I benchmark basically everything), but was immediately taken back when I couldn’t access any options because I was in offline mode. 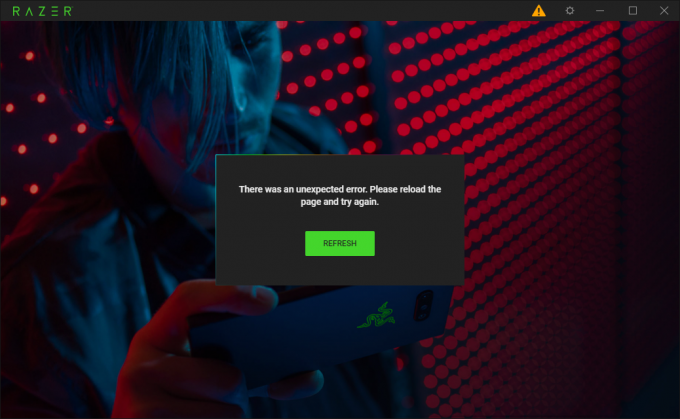 Think about this for a second. Basic peripheral software that allows you to change all configuration specific to a machine is inaccessible offline. I was on an airplane for 12 hours at this particular time; what if you were going away to the cabin for the weekend with no net access? It’s not as though the Internet blankets the Earth so successfully that we can rule that out. Maybe you can tether to your LTE for a minute, maybe you can’t because you are too far outside of civilization.

Back to 38,000 feet. After work was done, I knew that I might have time for a little bit of gaming, and since I had a gaming laptop with me, the potential was huge. Because the Razer Blade 15 was equipped with a GeForce RTX 2080 Max-Q, I decided that Tom Clancy’s Ghost Recon Wildlands would be the first game I’d play, since I want to (re)complete the game before the new Breakout comes out later this year (I am still bitter to have lost a completed save due to Uplay’s save management, but that’s another write-up in itself).

Given that I launched the game, and then put Uplay into offline mode after closing it, I figured I’d be good. That wasn’t the case. Steam’s offline mode was working just fine, but Uplay had a beef, and required me to log in. I am not sure what the point of an offline mode is when you’re immediately asked to log in after using it, but hey, there are some mysterious things in life. 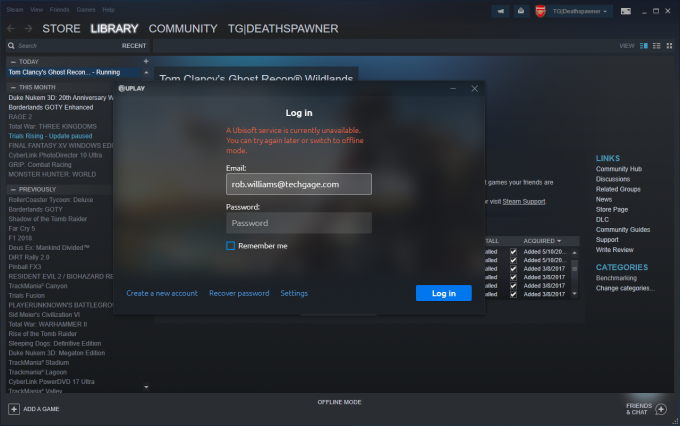 I could understand it if Wildlands was a dedicated online game, but it isn’t. It can be played solo just fine; there are no restrictions. Yet, this SP-optional game required online access, and thus was not the game I was going to be playing from the sky.

When all is said and done, I ended up successfully playing some Borderlands: GOTY Enhanced (at 1080p/80 FPS), as well as a personal favorite, Duke Nukem 3D: 20th Anniversary World Tour (at 1080p/144 FPS, har har). I always keep a backup folder of Duke 3D so that I’m never completely without a game, but fortunately, Steam allowed me to use this particular version no problem.

Obviously, the capability of playing a game from an airplane is one I wouldn’t fuss over much, but when the offline issue extends to trying to get work done, the situation becomes annoying really quickly. And should it? Why have certain developers simply decided that people are online all of the time, with no exceptions? Is it laziness? Considering the fact that many other apps allow offline access with minimal issue, there are not many excuses I would buy.

I see simple solutions to the problem. Applications should have some sort of allowance built-in to allow offline use, much like how Spotify will allow you to go offline for a month. In the professional world, a month is a bit generous, but even a 3 day lenience would seem like a massive improvement. The timer would reset once the online handshake happens again.

As for the issue that forces you to log in all of the time (looking at you, Adobe), it’d be great if instead of being booted, you’d simply see a dialog that tells you that the license is already in use somewhere else, with the option to take over on your current machine.

What I do know for sure is that the current situation is ridiculous, and anti-consumer.