Page 2 – Inside the Case


Opening the case is as simple as removing two (giant) thumb screws and pulling on a latch. A key is included, but itâ€™s irrelevant considering most manufacturers use the same locks. 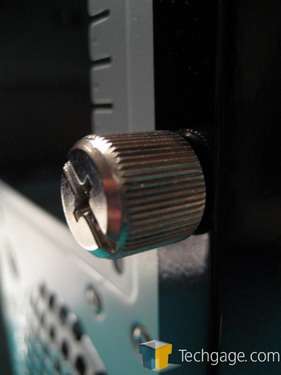 The inside had enough room to justify the absence of a removable motherboard tray. I mentioned that this case was bigger than others I had come across, and Thermaltake didnâ€™t add the extra girth for nothing. 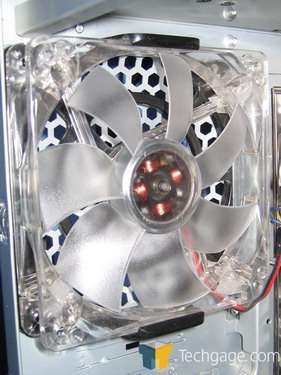 Going towards the bottom, we have a shot of the expansions slots with the tool-less installation that has been made popular over the years. This is a trend that youâ€™ll see throughout most of the chassis. 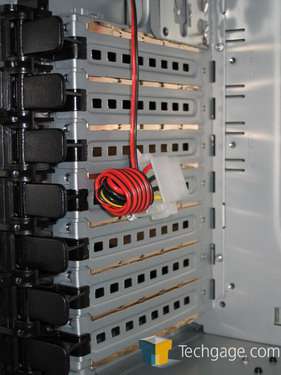 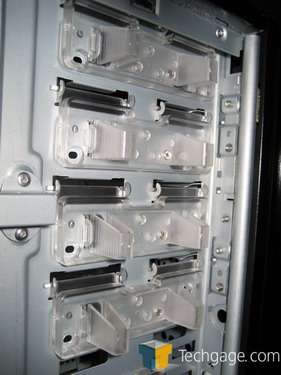 The hard drive bay, which holds five drives, is held into place by another thumbscrew. To remove it, you only need to take off the thumbscrew and push down the tab on the top. 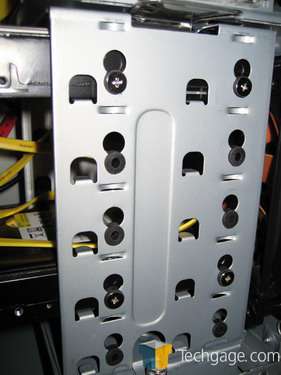 There is a massive 200mm fan behind the hard drives pulling in air. I prefer this to other solutions that place the fan on the other side of the cage, because it offers better airflow (meaning there isnâ€™t a fan in the middle of the system sucking in air, but one placed on the side). 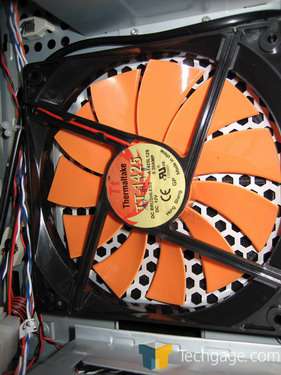 Taking off the front panel is a breeze. Thereâ€™s another lock on the right side of the case near the front panel. Thermaltake includes another separate set of keys for the front panel. Unlocking the door to get to the drives and power/reset buttons involves rotating the key 90 degrees, and accessing the optical drives requires a 180 degree rotation. There is a washable filter in front of the intake fan that can be removed by squeezing on its tabs on the front. 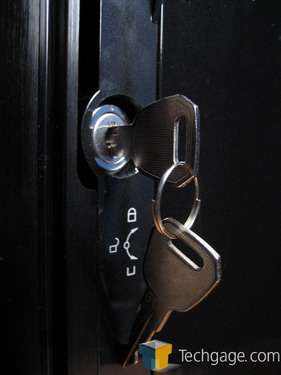 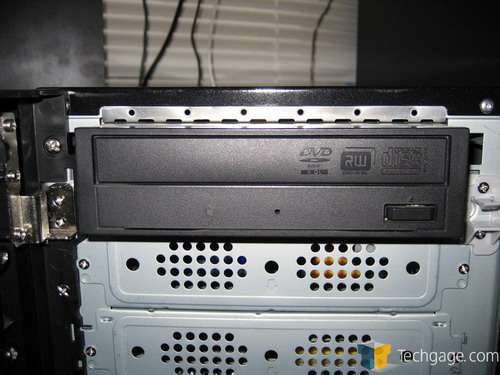 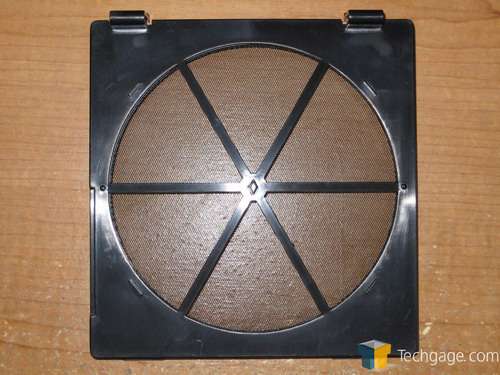 Before we jump into the installation, you may wish to review my system specs:

Let’s take a look at the installation and then finish off with my conclusions.

Page List
Top
1. Introduction
2. Inside the Case
3. Installation and Testing