Page 3 – The Quest to Recover Our Data

Over the years, I’ve experimented with quite a bit of data recovery using various tools I’ve stumbled on. Sometimes, I’ve found, you don’t need a commercial tool to get the job done, because depending on the type of deletion, the very robust and cross-platform testdisk is all that’s needed to get the job done. I should also mention that if you ever need to recover multimedia, like pictures and videos, you should check out the Photorec tool from the same developer.

When testdisk fails to get your data back, your best choice is to go to the experts. Over the years, I’ve found three different commercial tools that I enjoyed testing with, so I used the same three here. Of these, R-Studio might be my favorite, primarily due to its ease-of-use, and also because it has the nicest aesthetics. It’s also quite affordable at $80 and holds no real limitations like other similarly-priced offerings. The two others I tested with (mainly to use as a backup) were Ontrack’s EasyRecovery and O&O’s DiskRecovery.

I should note that while I personally prefer R-Studio the most, if you ever want to consider purchasing any of the three above-mentioned tools, or any other not mentioned, make sure to give the available trials/demos a try. If you are looking to recover data right at that point in time, you can try multiple tools to see if one is more effective at recovering data than another.

That said, let’s get into testing. The first program I used for testing was R-Studio, and the results are seen below: 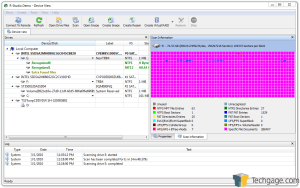 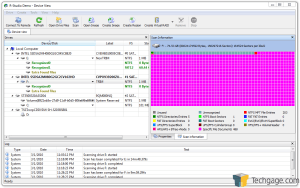 I admit that I was a bit struck by the fact that the TRIM-enabled drive still had so much pink (meaning there were “documents” found), but upon closer inspection, the facts became clear. On the left is the non-TRIM drive, and it shows that 288,407 files were found (ultra-inflated numbers are common with data recovery), while for the TRIM-enabled drive, that number plummeted to 488. So, does that mean that some files could be recovered? Not quite.

While there are some traces of files found, everything is broken, so nothing changes with regards to recovery. Some of the pink could be due to the file system stepping in as well. I’m not sure of the full story here, but the fact that data could be found does nothing but instill false hope to those who think there’s a chance of getting their data back.

To help prove it, I took a look through each drive’s recovery report and found files that both drives still had linked. I should note that the non-TRIM drive essentially had everything available, because nothing else was written over the data since. I recommend ignoring all of the X’s, because they pretty much tell you recovery isn’t possible (or so common-sense would tell you), but that’s not really the case. Most data is usually recoverable as long as you don’t overwrite it. So if you delete or format a drive, virtually all of the data should be immediately available through recovery.

I should also note that while it isn’t obvious, the TRIM-enabled drive found only two of the actual root folders (Games and Pictures) out of the original seven. 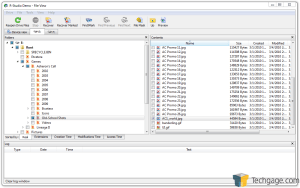 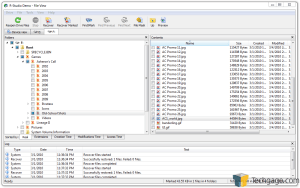 The file I found to recover is one I had for my favorite MMORPG (Asheron’s Call). It’s one of the screenshots from pre-beta, and at this point, it’s over 11 years old. If this was an important file, and lost, it would be upsetting to lose, but on the non-TRIM drive, it wasn’t any issue. On the TRIM drive, even though it was listed, and was “recovered”, you can see that the result wasn’t so good. 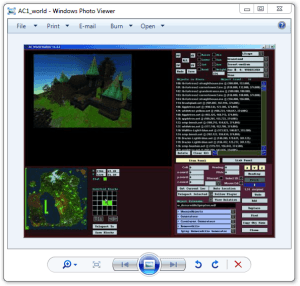 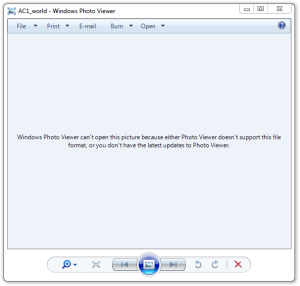 I of course tried to recover other files, and again, no cigar. I even tried to recover ultra-small text documents that were mere kilobytes, and again, recovered fine on the non-TRIM, and not whatsoever on the TRIM. One oddity of file recovery is that usually, the file size you recover is exactly the same as the original, but the data is completely corrupt, or is simply zeros. In the case of text documents I recovered (I didn’t show any due to the fact that those I found were of a personal nature), they were just empty when opened up in Notepad, despite having the exact same file-size as the original file.

For some reinforcement, I ran scans on both drives once again with both Ontrack and O&O’s respective tools. 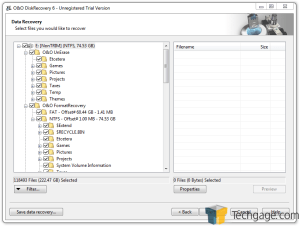 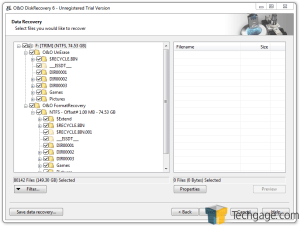 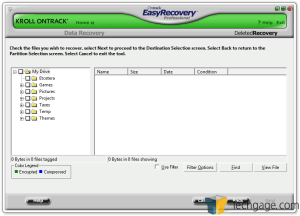 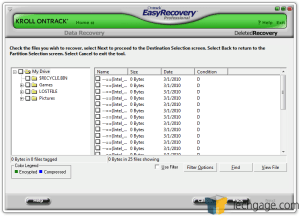 As seen in the above screenshots, the TRIM-enabled drive just had no luck when it came to delivering a full real index of files. All it had left were scraps, and even then, no data was recoverable. It’s official. Recovering data from a TRIM-erased drive is just not going to happen.