As we have seen with our testing, data recovery on a TRIM-enabled SSD is simply a lost cause. As soon as the command is issued, you may as well kiss your data goodbye. Interestingly, some traces to specific data remained, and that’s one oddity I don’t quite understand. It could have something to do with the NTFS file system, though. As Windows formatted the drive, it may have left some of the index in tact, for whatever reason. But it’s clear that despite any index, the data is gone, long gone.

I should also mention that while our testing here may seem rather simple, and non-exhaustive, this is a project I’ve been working on since mid-December. It’s just taken about this long for an article to come to fruition, for a couple of reasons – namely, thanks to the amount of time other content required. In all this time, I’ve tested non-TRIM vs. TRIM recovery many times, so I’m very confident in all of my findings. What I find a bit interesting, though, is that in our most recent run, traces of data were found, but in months past, I’ve had runs where absolutely nothing was found after a deletion. So in that regard, it seems a little random, but the ultimate reality is that once the data is gone, it’s gone.

While I was doing research for this article, and of course hands-on testing, I e-mailed numerous companies for some information on the subject, and surprisingly enough, I didn’t receive a single worthwhile response from anyone. The companies I contacted included data recovery firms, SSD manufacturers and even T13, the company that governs the ATA standards.

The companies I received responses from were a couple of SSD vendors and also a single data recovery firm. The SSD vendors simply couldn’t answer our questions – not even their engineers – and the data recovery firm simply left me hanging, not once, but twice. It almost felt like no one wanted us to know the full story behind data recovery and TRIM, so given that, all of our opinions are based on personal findings only. 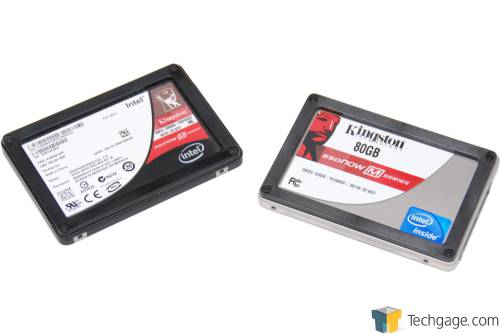 Although the focus of this article is to point out something that we should all be aware of with the TRIM command, I don’t at all mean to put it in a poor light. That’s the last thing I’d do, because it’s clear that TRIM is the reason our SSD’s are going to keep good performance numbers for the life of us using them. TRIM might have this one caveat, but aside from that, it’s an absolute necessity if you want to retain high performance numbers and an overall clean SSD.

What I am trying to advocate, though, is that backing up is made even more important with TRIM usage. On non-TRIM storage, if you delete a file, you still have a chance of getting it back. But with a TRIM-enabled drive, it’s long gone… you’re just not getting it back. Although I can’t confidently state that even forensics couldn’t get the data back, I’m leaning towards that being the case. Like computer RAM, once the data is cleared from the memory chip, it’s vanished.

We haven’t made it a secret before that backing up is important, because it is. Far too many times I’ve lost data due to my own idiocy, and I can say I’ve officially had enough and learned my lesson. While the TRIM “issue” affects few people right now, it’s only a matter of time before SSD’s are far more commonplace, and people who aren’t paying attention are of course going to lose valuable data. So be careful out there, and for the love of bytes, back your data up!