Glued to your current wireless setup but want to make the leap to 802.11n? With the TEW-637AP, it’s very possible. By adding this to your existing network, you open up all of the “n” benefits, while retaining all of the settings on your current router. Is 802.11n worthy of such a unique upgrade?


The diminutive box that the TEW-637AP ships in should be a welcome site to many. With packaging getting larger and larger (we are looking square at you ASUS), the small size of the 637AP should be a beautiful site to most. With plenty of information about the advantages of wireless N, the packaging of the 637AP is compact but to the point. 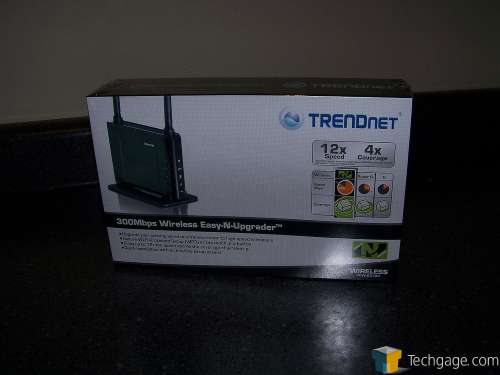 Bundled with the 637AP are the essentials to get you up and running in little to no time at all. Providing an installation disk containing setup software, a manual, a small Cat5 cable, a vertical stand and power cable, TRENDnet gives us just enough to get up and going. 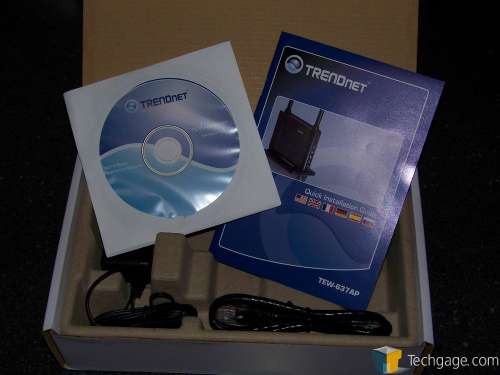 Once out of the box, the 637AP at first glance looks like a small router with its 633GR styling and antennas sticking out of the top. Using the included base, the 637AP can be set up vertically with its pair of rotatable fixed antennas that allow MIMO connections are situated at the top of the device like we saw in the 633GR review. 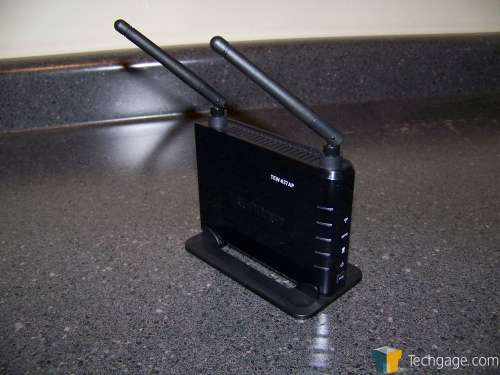 Taking a closer look at the front of the 637AP, there are LED status lights for power, router connection, WPS connection and wireless connections. WPS can only be used with devices that have this feature available so while a nice idea, actual use of this technology in a real world setting is limited by the lack of hardware to use it. 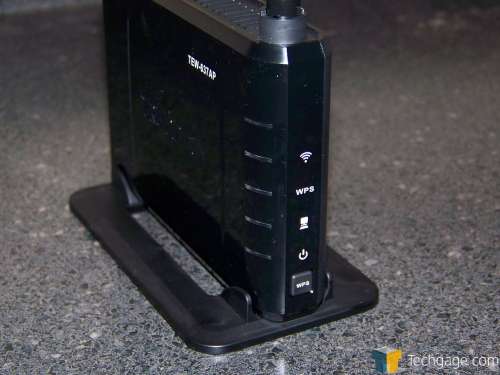 Turing the 637AP around, we see a single gigabit Ethernet port for quick connection to the host router, a small reset button and a port for a power cable to be inserted. While only useful when used in tandem with a true gigabit router, the addition of a 10/100/1000 Mbps Ethernet port on the back of the 637AP eliminates the bottleneck caused by a standard 10/100 ports given the top theoretical speed of wireless N is 300 Mbps. Granted, no one will ever see speeds that high, but going with a gigabit controller just makes sense. 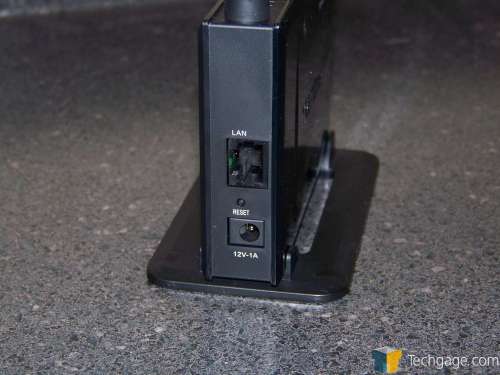 As stated earlier, the 637AP resembles the TEW-633GR quite a bit. When using said router as a point of reference, the 637AP’s size is seen. This small size should allow most users to hide the unit anywhere they see fit. While TRENDnet includes a small lengths of Cat5 cable, as long as you’re within the 100 meter limit of Cat5 (straight runs only, this can be increased with the inclusion of a repeater) you can place the 637AP access point anywhere you need additional wireless coverage but more on this later. 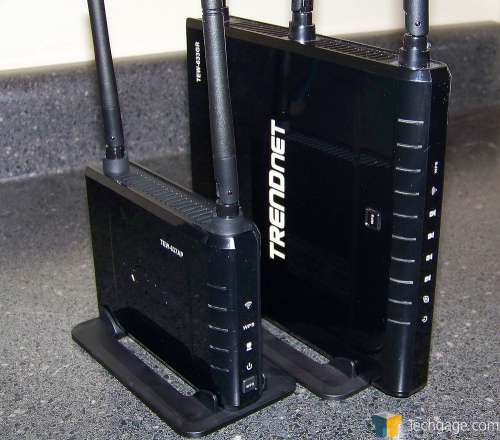 Shown below is the way that TRENDnet sees most people using the 637AP. While we are using the TEW-633GR in the pictures, TRENDnet is marketing the 637AP towards those that would like to enjoy the benefits of wireless N but don’t want to replace their wired or wireless (speeds of G and below) router. Here you can see the lights in action when connected to a router and powered on. 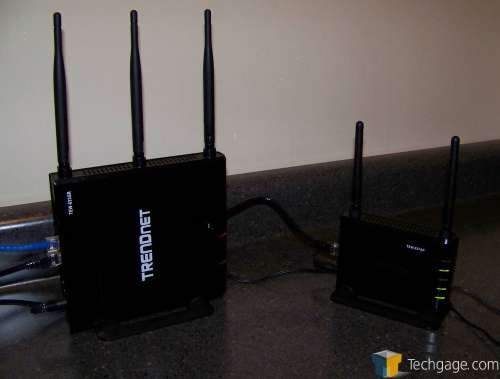 Next, we will tackle setup and installation.