It’s time to introduce you to the star of this review. 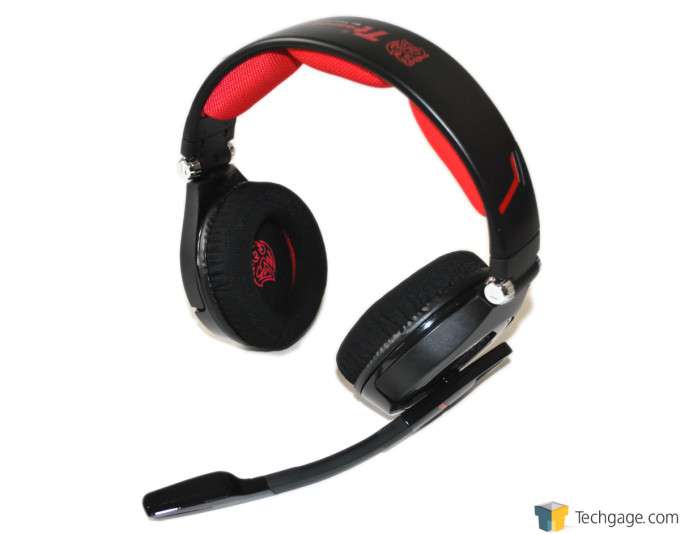 Thermaltake’s CRONOS is not the company’s range-topping stereo gaming headset (the Level 10 M takes that honor), but its styling, features and pricing positions it as the company’s main salvo in the war for sales.

Clad in black and red and festooned with Tt eSPORTS dragon logos and branding, the CRONOS is definitely aggressively styled. 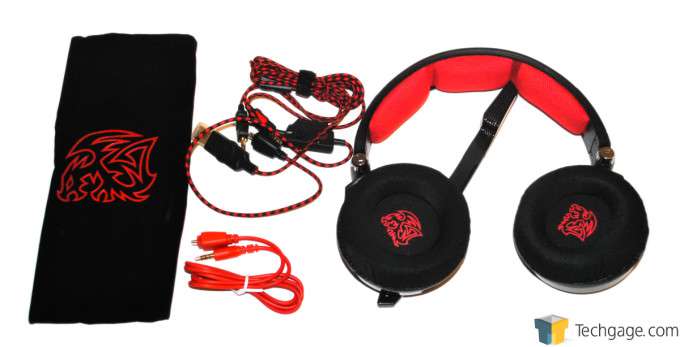 Fresh out of the box you’ll find the CRONOS headset itself, two detachable cables (more on these in a bit), and a snazzy black and red carrying bag where you can store your CRONOS and its cables whilst traveling. 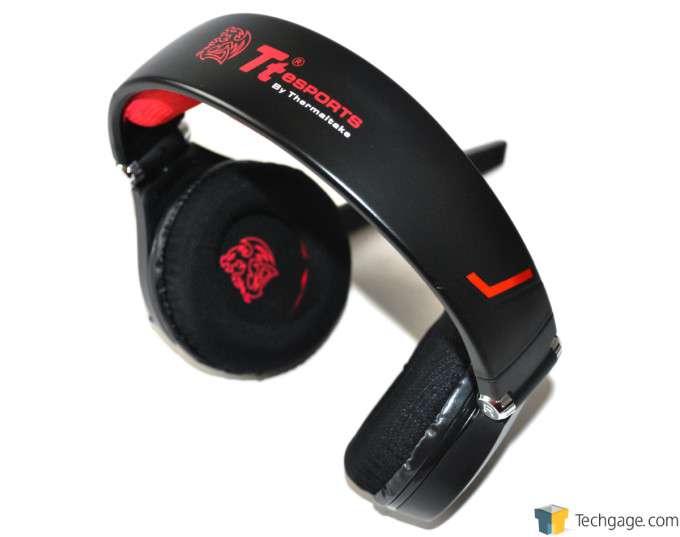 The CRONOS features a 40mm driver in each ear cup, with the microphone stalk attached to the left one. And speaking of the ear cups, they both rotate 90° so that the drivers face backwards. 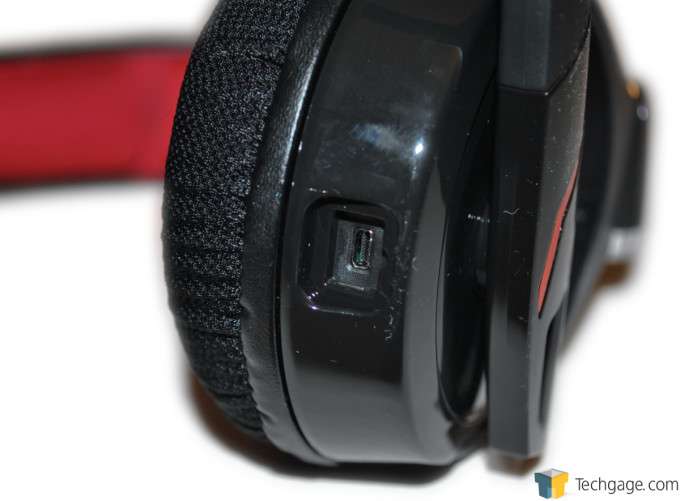 On the underside of the left ear cup is a jack into which you plug your CRONOS’ cable. 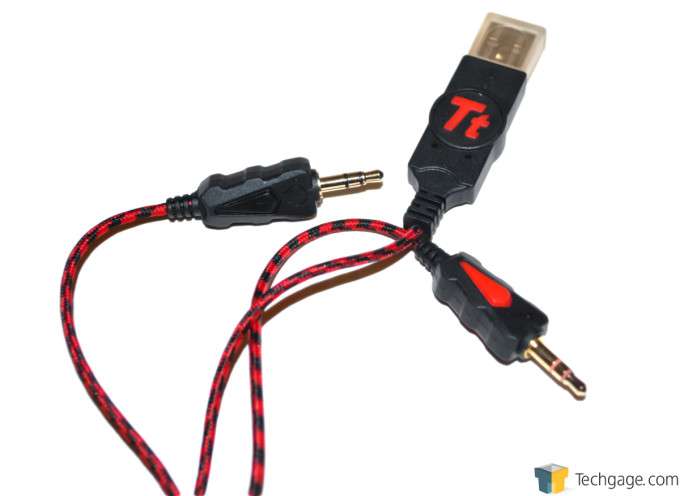 Speaking of cables, Thermaltake provides two different types. The braided black and red cable with the inline control box is intended for use on PCs. As such the cable splits into a 3.5mm mic in connector (with a red color code), a 3.5mm headphone out connector (color-coded black), and a gold-plated USB connector. The 3.5mm connectors are self-explanatory; the USB connector is to provide power to the LEDs in the ear cups. 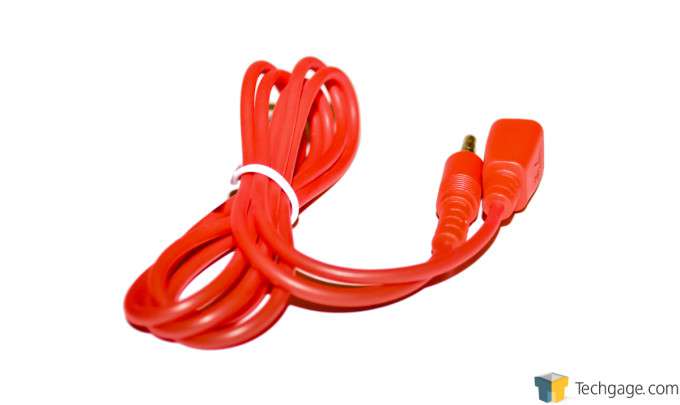 The red cable, on the other hand, is for portable devices. The 3.5mm combo connector plugs into your phone or tablet, and you can use the CRONOS as a headset for these types of devices. Including this one simple cable distinguishes the CRONOS from most of its rivals. As far as I know, this is the only stereo gaming headset that is both PC- and mobile-compatible.

Now that we’ve had a look at the CRONOS, let’s see how it performs in the real world.