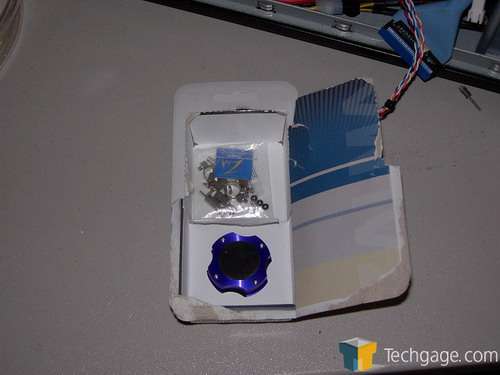 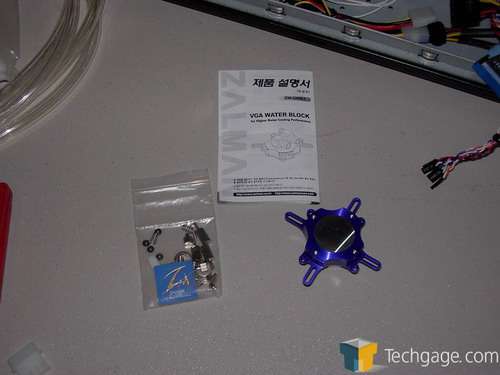 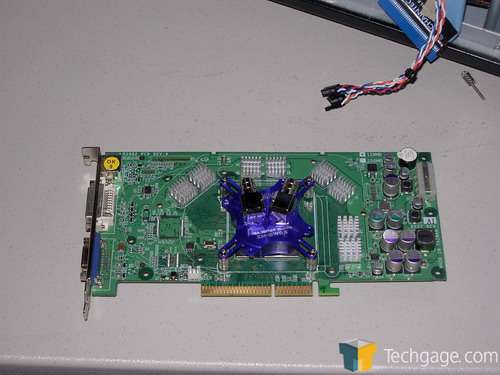 The ZM-GWB3 (hereafter known as the GPU block) is made entirely from aluminum. It’s basically universal in that it fits almost every card out there with the exception of cards lacking holes for their heatsinks and the 7800GS and certain Matrox cards. It uses a mounting system very similar to the VF900-cu. You mount the nipples to the card and then use screws through the top of the block into the nipples. I have to say, aside from the lack of a rear stiffening plate, this has to be the single most painless mounting system I’ve ever used. I really wish that the other block manufacturers could work some sort of deal with Zalman to get the rights to this mounting system. It would make life simpler on so many levels for the water nuts out there. 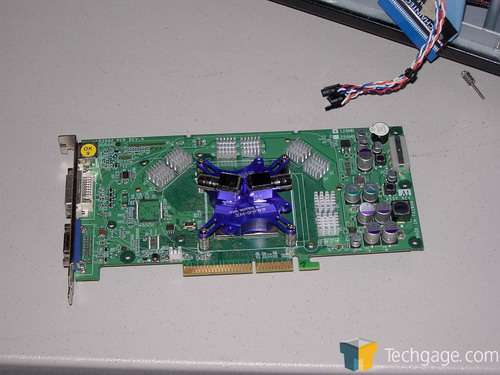 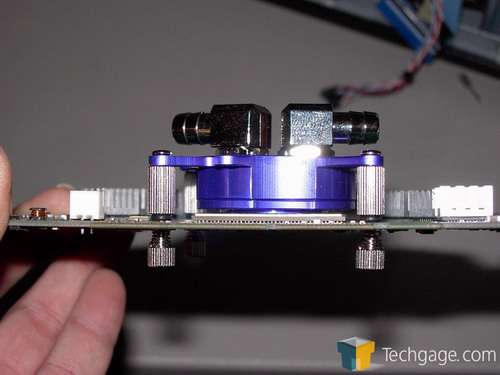 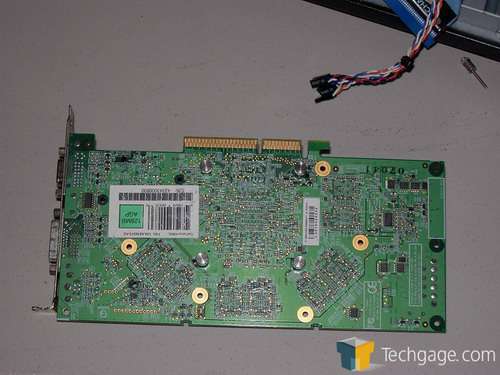 One thing I really like about the GPU block is the pivoting inlet/outlet. They’re great for a a couple of reasons in that you can route the tubing past any obstructions that might be in your tubing’s way and avoid kinks and you can aim them towards the PCI slot the tubing’s coming from. They’re a downer in that you’re tied to the 8mm size since they’re a legacy part. You can’t swap them out to run larger tubing should you want to. Up to this point you have the option to pull the quick disconnects from the Reserator and hard plumb the circuit with barbs to the reserator. The CPU block supports up to 10mm tubing so it is an option with it. The GPU block though kills this.

You can see the mounting method used by the GPU block a bit better in the second pic and the third pic shows how the rear of the card is the only support for the block. If you are a bit heavy-handed with the tension on the block you can warp the card so care needs to be taken during the installation. 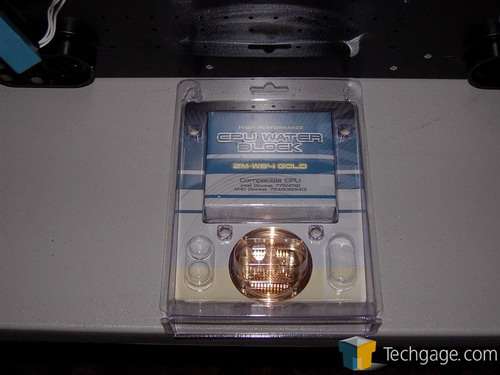 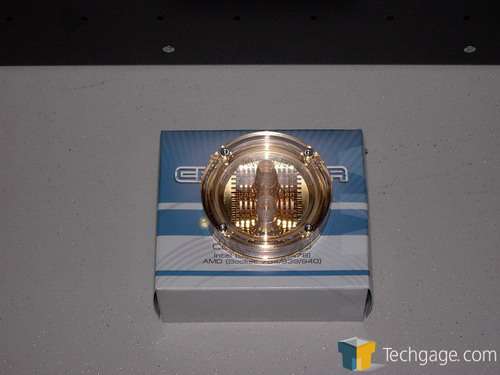 The ZM-WB4 Gold (hereafter referred to as the CPU block) is a pin-fin style block with a gold plated copper base and a molded polycarbonate top. While I tend to shy away from clear plastic tops I think the CPU block is fine since it’s polycarbonate rather than plexiglas. Plexi tends to have issues after machining and is more fragile than polycarbonate. The inlet and outlet are molded into the top, this is good and bad. It’s good in that you don’t have to worry about barbs cracking the top where they interface with it and bad in that the barbs step down from 10mm to to 8mm so you have a smaller diameter hole than with a dedicated 10mm barb.

Of course you could cut the smaller part of the barb but this will void your warranty so if there’s a problem with the block in another area you could still be up a stump if Zalman exercises it’s right to refuse to RMA the part due to that fact. 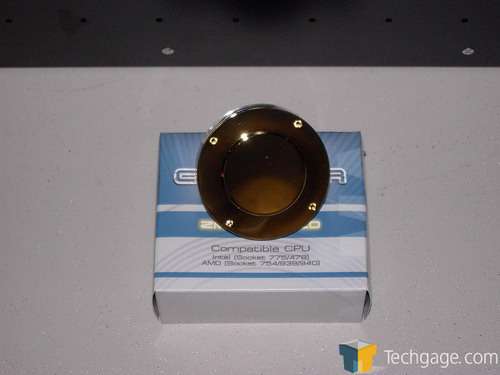 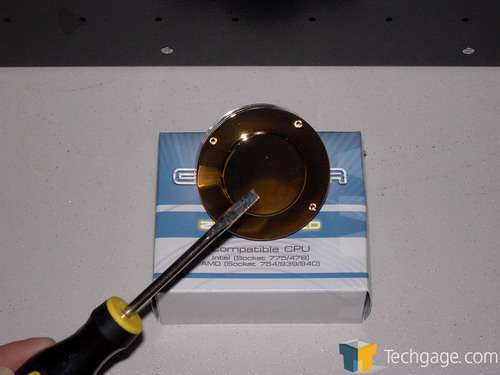 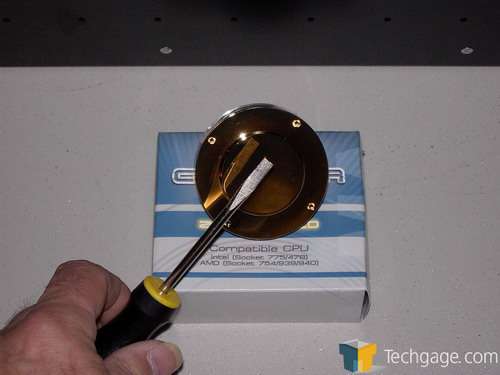