The bottom of the block is very smooth and the contact area is very flat. I ran a straight edge across the base and other than some curvature at the transition to the outer edge (where the block won’t be touching a CPU anyway) the bottom is very flat. 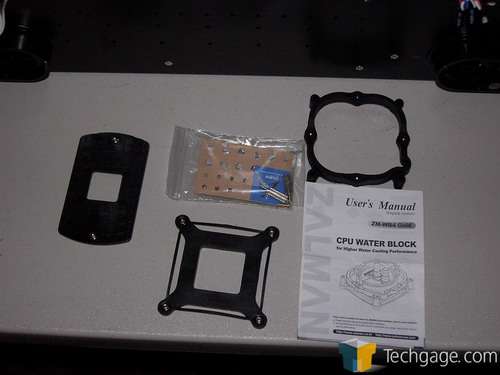 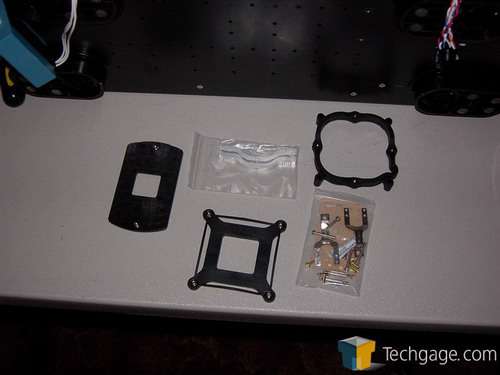 The block works with sockets 478, 775, 754, 940 and 939 so most modern PC’s are represented aside from the 462. The good news is that if you have a ZM-WB2 you can use the 462 pieces with this block. If you don’t you might try contacting Zalman to see if they can be purchased separately. The 754, 949, 939 and 775 all have retention brackets that are attached to the motherboard to hold the block in place, the 478 is held by the stock retention bracket. 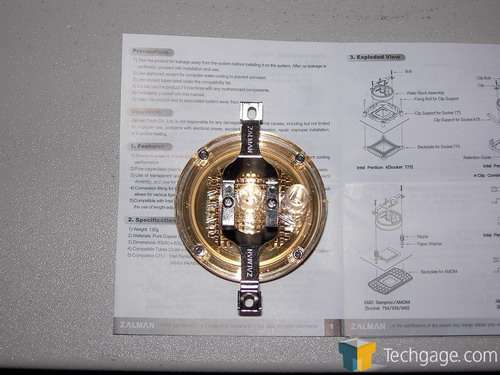 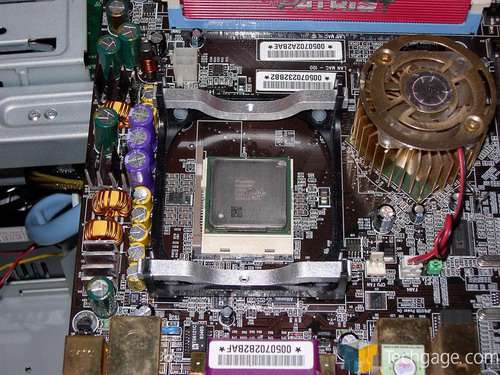 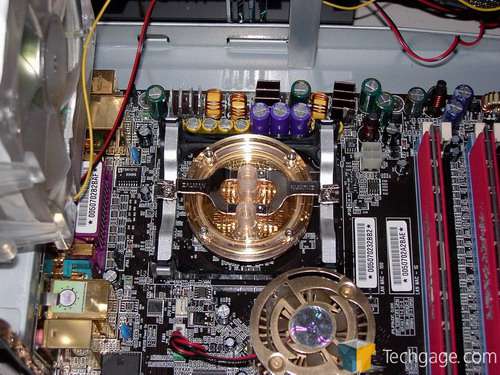 Zalman says to use the brass screws (seen in the second shot highlighting the block mounting hardware) to attach the block to the pieces in the retention bracket on the 478. I found that they were way too short to do the job until later. They will work if you loosen the screws on the bracket on the block and then push the sides down hard. All told the 478 mounting is not that great. For my testing I used the longer steel screws, I just had to be mindful of the end of the screws where they went through the retention pieces. When I had all the pressure I needed on the block the ends of the screws were a mm or so from the mobo. 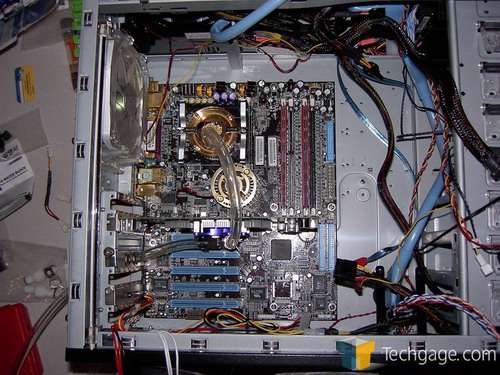 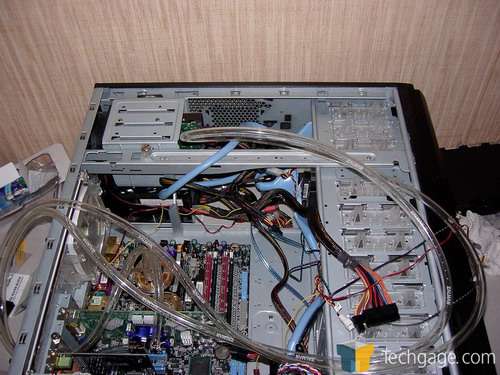 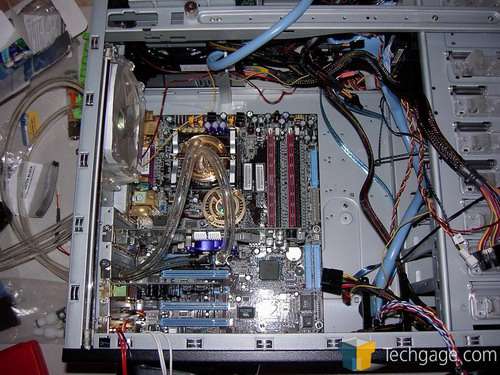