Installation of the Reserator should prove to be no harder than any other installation I have done. With all Intel installs, the first step is to remove the motherboard. Once removed, we will need to install the provided mount and back plate. 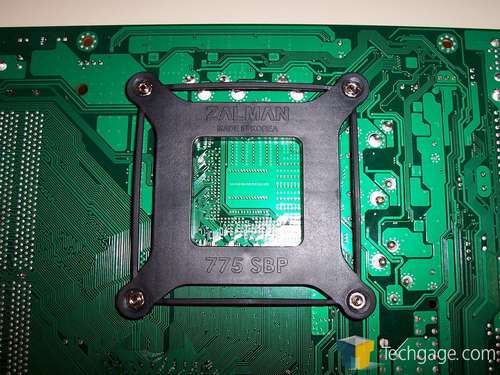 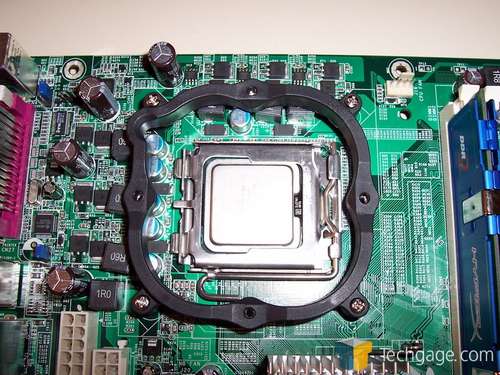 As you can see, the top mount sits rather close to the capacitors but clears them all. The back plate is also open in the center to deny heat the ability to build up on the back side of the motherboard.

From here, we will not be using the provided thermal interface material (TIM) and instead use Zalmanâ€™s high end ZM-STG1 thermal paste. This is conveniently packaged in a small fingernail polish type bottle and has a small brush on the inside of the cap. This makes it easy to â€œpaintâ€ on the thermal paste and get a thin, even coat across the top of the E6600. 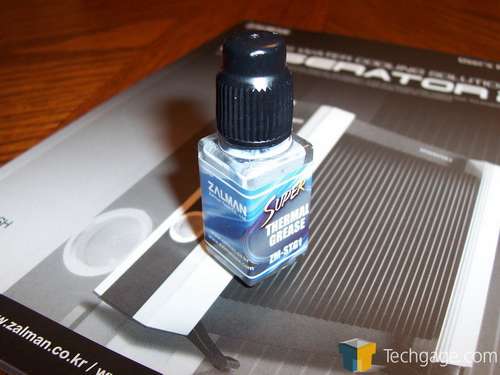 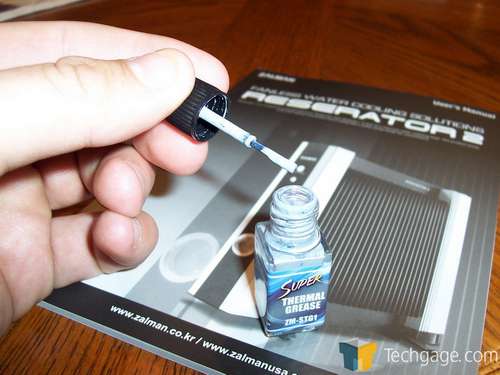 Once the paste is painted on, the block fits nicely down in the mounting bracket. One thing I would like to suggest is to install the two mounting arms prior to setting the block down onto the CPU. This saved me a fair amount of time as I was not fighting with the small screws inside the case, but rather attached them on the desk and then set the entire piece onto the CPU. 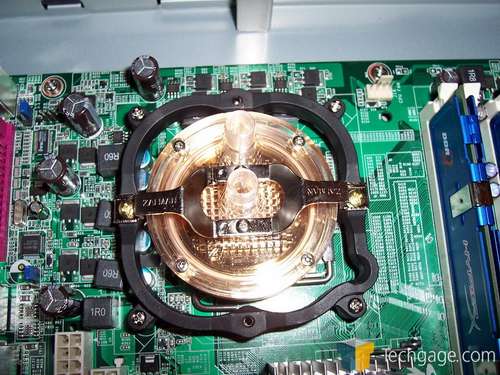 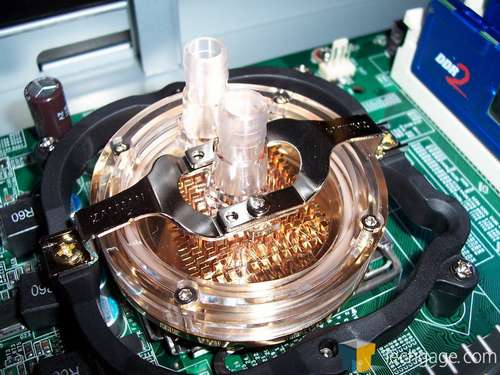