When NVIDIA unveiled its monstrous GeForce GTX TITAN X earlier this week, I had guessed that it would be about two months before it launched to market. Well, on account of the fact that a sample hit our lab this morning, I think it might be a good idea to backtrack on that. 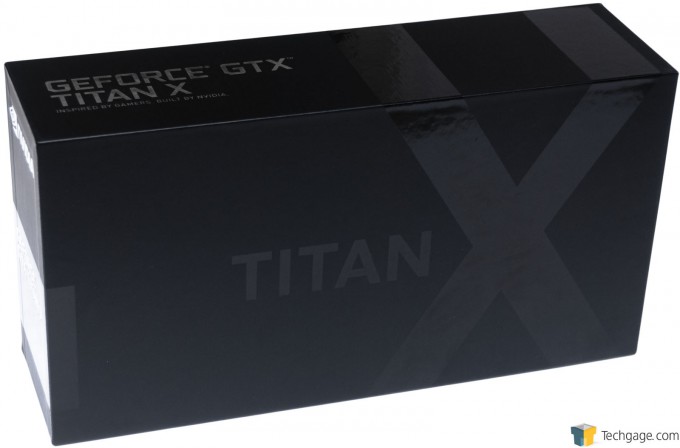 NVIDIA’s Jen-Hsun Huang hand-signed Epic Games’ Tim Sweeney’s TITAN X, but it seems he forgot to sign ours! Oh well – it should still be a fun card to test out nonetheless.

As covered in the launch post, TITAN X’s GPU is composed of a staggering 8 billion transistors. That might seem like a modest boost to the 7.08 billion the original TITAN and TITAN Black had, but what’s not so modest is the boost to the framebuffer: TITAN X packs 12GB of VRAM under its hood.

Hot damn. I still can’t get over that.

For TITAN X, NVIDIA has carried over its popular reference design that has graced GeForce cards since the 700-series generation. Unlike the TITANs to come before it, though, this one has a dark gray – nearly black – shroud. 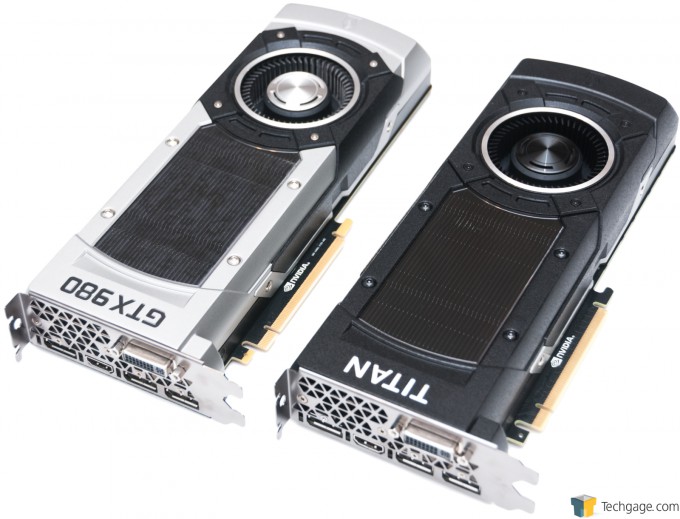 It’s not just the color change that’s notable; so too is the fact that TITAN X doesn’t include the backplate that the GTX 980 does. Considering the fact that TITAN X has a much beefier chip than the GTX 980, this is a little interesting. It could be that this monolithic chip gets hot enough where the backplate becomes more of a detriment than a help. Or, it could be that while the cooler looks the same on top, it’s different underneath. Given we’ve yet to benchmark the card, it’s not safe to delve into that further at this point. 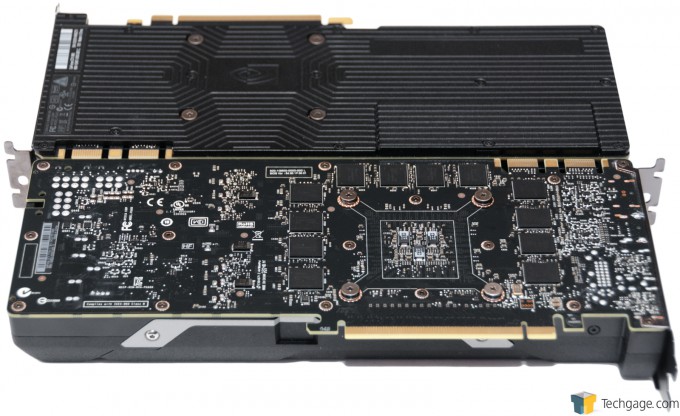 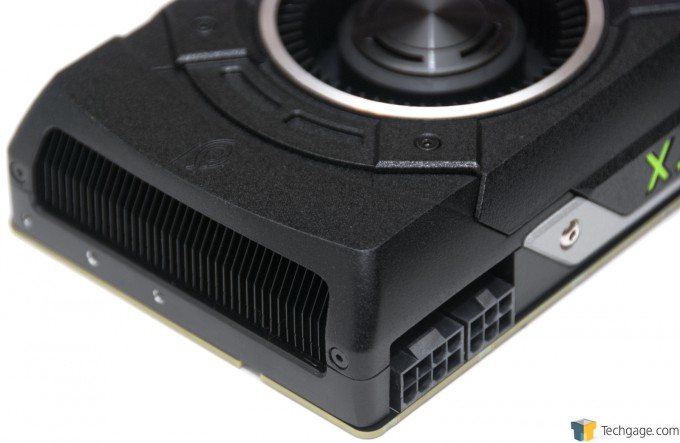 NVIDIA’s TITAN X marketing made it kind of seem like the TITAN logo had a white LED backlight, but it doesn’t. Instead, it’s a metal logo that contrasts nicely with the rest of the card. 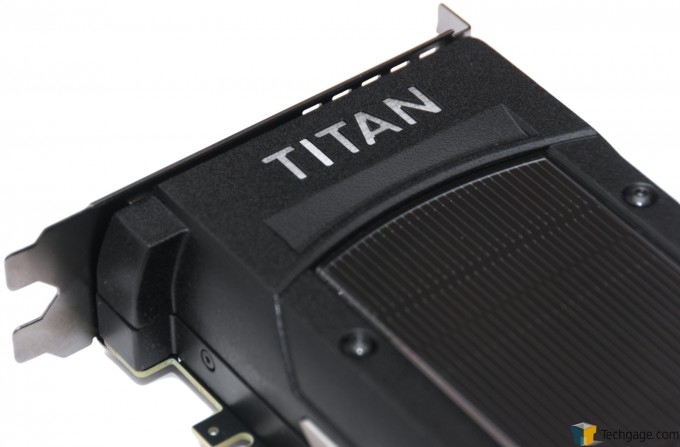 What did this post tell you that you didn’t know two days ago? Probably nothing at all. That’s something I can’t help, since NVIDIA is keeping tight-lipped on the rest of the card’s specs, such as core count, clock speed, and so on. Given the transistor boost, I’d guess that TITAN X would have 3,072 CUDA cores, and then drop about 100MHz on the clock speed of the GTX 980 (~1000MHz). That’s based on previous releases, and utter speculation.

What you can be sure of, though, is that as soon as we have more information to share, it will be shared. Stay tuned.