Adobe Adds AI To Photoshop And GPU Acceleration To Dimension

Adobe MAX is happening right now, which means that a lot of updates are floating around (and not just for Adobe, but also its partners.) As expected, a slew of Creative Cloud applications have been updated, as well as features introduced. Of note, Adobe has finally brought a proper Photoshop take to the iPad, though initial reports hint that it still has a lot of features to be added in. Adobe plans for an Illustrator iPad version sometime in 2020. 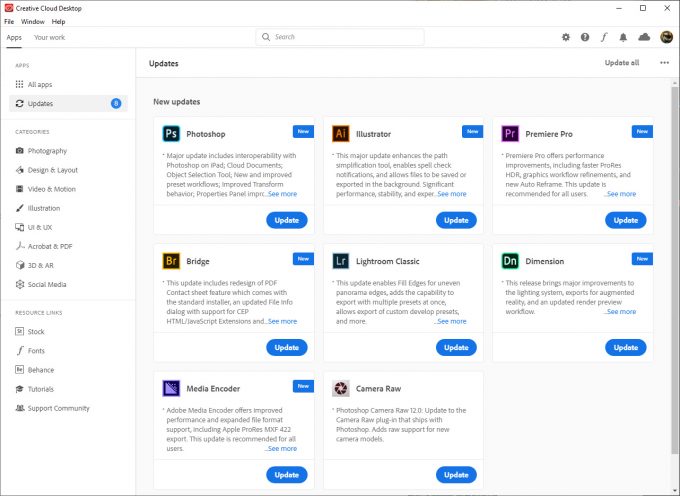 While the introduction of PS for iPad is notable, there are many PS updates in general worth highlighting. Cloud documents is a major update here, ultimately aiming to streamline workflows and make it easier to access anything you need, wherever you are. New functionality allows you to open a PSD that will automatically fetch the latest version from the cloud, and allow you to work on updating it.

Once you save a file with the new Photoshop, you will be asked to save it locally or to the cloud, and if you don’t want to save online, you definitely don’t have to. It’s even mentioned that the iPad version can be used offline, which makes it a lot more useful for plane use (because being offline usually sucks a lot).

On February 19, Photoshop is going to be turning 30, which makes it older than a good chunk of PS’ current users (the same could be said about a handful of software, including Windows.) So, 30 years is basically how long it took to get true AI features in PS, which is happening now via Adobe Sensei. Using machine learning, the Object Selection Tool and Content-Aware-Fill can deliver much better automated results than before. 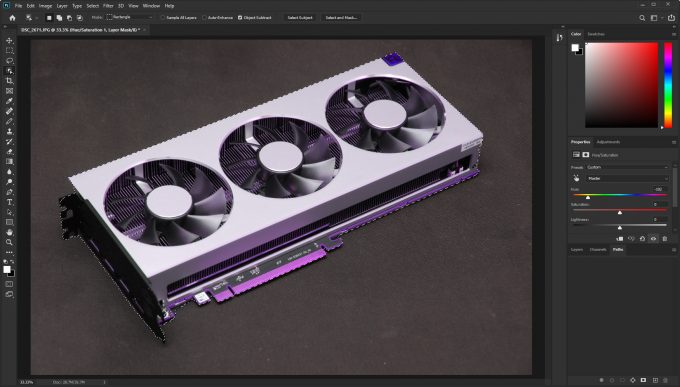 Selecting the graphics card in the photo above wasn’t a big hassle before, but it’s been made a lot easier now with the updated Object Selection Tool. All we did in this particular screenshot was draw a rectangle around the card, and the software did the rest. Of course, it’s not perfect, but it’s a good base, and allows us to zoom in and fine-tune the result.

Admittedly, that photo above isn’t exactly challenging for this kind of AI, since the contrast is decent enough (though it’s still not ideal). You’ll probably know before PS does its AI magic whether or not you are going to get a good result, but even if you don’t, it’s still likely to create a good base for you to work off of, quicker than if you had to go full manual.

There is a lot more new than just this smart selection, but it’s one addition we’re personally happy about. To learn everything new about Photoshop, check out this blog post. Another application update we’ve spotted as notable from a performance perspective is Dimension 3.0: 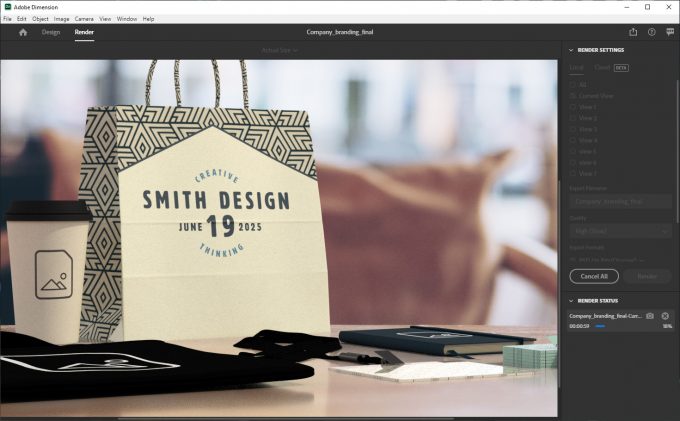 Dimension is one of Adobe’s newest applications, having launched only a couple of years ago. Over that time, the company has made big strides in improving rendering performance, and with this latest iteration, it’s added GPU processing to the mix. At the moment, it seems GPU acceleration is exclusive to NVIDIA CUDA graphics cards, so AMD users will still be pure CPU.

In our tests, we couldn’t see the GPU (RTX 2080 Ti) heavily used for very long – it only really worked itself near the start of the test, at which point the CPU seemed to take over entirely, and finish up the render. It could be that the GPU isn’t needed for all too much, but despite that, render times with 3.0 are not comparable to older versions (one of our projects dropped from 3 minutes to 1 minute on Ryzen 9 3900X, with RTX 2080 Ti).

There is a lot more Adobe goodness that can be found over at its blog. At Techgage, we primarily performance test with Lightroom Classic, Premiere Pro, and Dimension, but there are many more applications from Adobe that have received performance enhancements. Fortunately, we’re just getting ready to retest our CPU stack due to upcoming launches, so Adobe is releasing these updates at a great time.