Amazon’s New World MMO has just entered its closed beta stage, and unfortunately, it didn’t take long for a dangerous issue to creep up. On both the official forums and the dedicated subreddit, some owners of EVGA’s GeForce RTX 3090 FTW3 have reported that their cards bricked as the result of running the game – even if it was just a matter of sitting at the main menu. 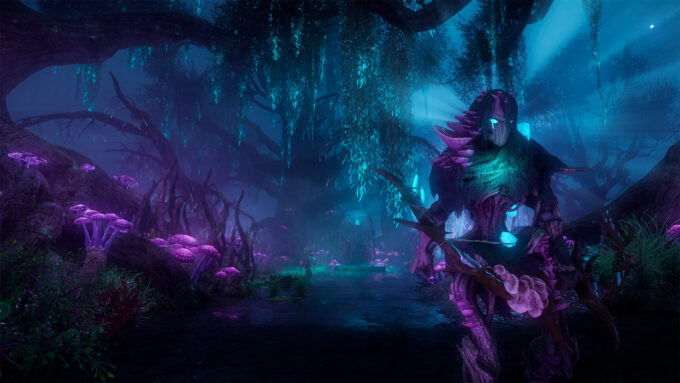 Up to this point, we haven’t seen any other GPU models mentioned as being bricked by this issue, but the chances that this particular EVGA card is the only one susceptible seems unlikely. Ultimately, the game suffers from an issue where it will run the main menu at unlimited FPS, putting unnecessary strain on a GPU’s components (likely capacitors).

Avoiding this issue seems to be as simple as enabling V-Sync in the game. If you are concerned about the first launch not running with V-Sync, you could use the respective AMD or NVIDIA control panels to force it on. Chances of you running into an issue that quickly isn’t likely, but you should definitely exercise caution if you own this specific EVGA FTW3 card.

Playing the New World beta on my EVGA 3090 has fried my graphics card completely. There are many accounts of this same thing happening with the same card with the same game.@TEAMEVGA @playnewworld @EVGA_JacobF

This isn’t the first time we’ve heard about this kind of issue. Over ten years ago, StarCraft II did the same thing that New World is doing now – the menu ran at too high an FPS that GPUs were either overheating, or dying. A patch eventually came out that fixed the issue, and we expect we’ll see the same for New World, as well. Letting a main menu run at unlimited FPS, effectively pushing your GPU to full load, is not great game design.

So far, EVGA hasn’t seemed to publish a comment on this issue, but hopefully those owners who’ve had their cards perish will be able to get them RMA’d quickly enough. Ultimately, Amazon is not the one at fault here, even if its game shouldn’t behave like it does at the main menu. Software should never be able to kill your hardware.