AMD’s Radeon Pro family has just gained another member, and this one’s a screamer. The Radeon Pro VII might sound familiar by name, possibly because of Radeon VII’s release last year, or the fact that card felt like a Radeon Pro VII. We even called it that in one of our launch articles (though the name Frontier Edition 2 wouldn’t have surprised us, either.) 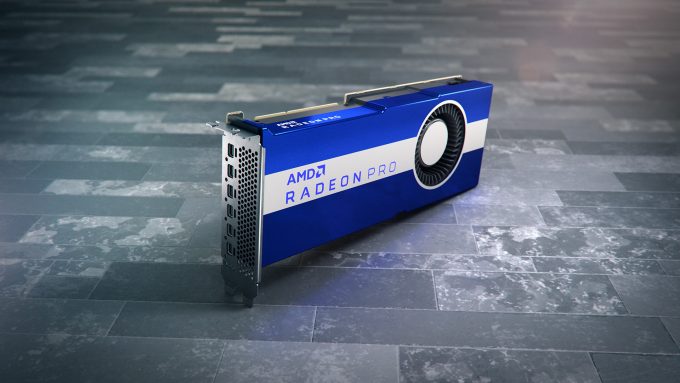 The fact that this is called Radeon Pro VII might give you some hints as to what’s under the hood. This card is built on top of the compute-focused Vega architecture, not Navi, and like last year’s VII, it offers 16GB of HBM2 memory, which provides a healthy 1TB/s bandwidth. It also has 3,840 cores, which might lead you to believe this is realllly similar to the Radeon VII, just with pro unlocked features. It goes even further than that, though.

First, here’s an overall look at AMD’s current lineup, with the Radeon Pro VII joined in:

AMD is trying to make a really big statement with the Pro VII. Its closest competitor is NVIDIA’s Quadro RTX 5000, which also includes 16GB of error correction memory (albeit with less bandwidth), but costs $400 more than the Pro VII. AMD says that its Pro VII offers a bit more single-precision performance, and not to mention, PCIe 4.0 support – something last year’s Radeon VII did not.

While you can potentially search used bins for older GPUs that happen to have decent double-precision performance, on the current GPU market, the only way you’re coming close to the Pro VII’s level of FP64 performance is to opt for the Quadro GV100, which costs about four-times as much. That GPU also happens to offer Tensor and RT cores (edit: it does not have RT cores, we blanked!), as well as 32GB of HBM2, but it’s still hard to ignore that kind of price hike. 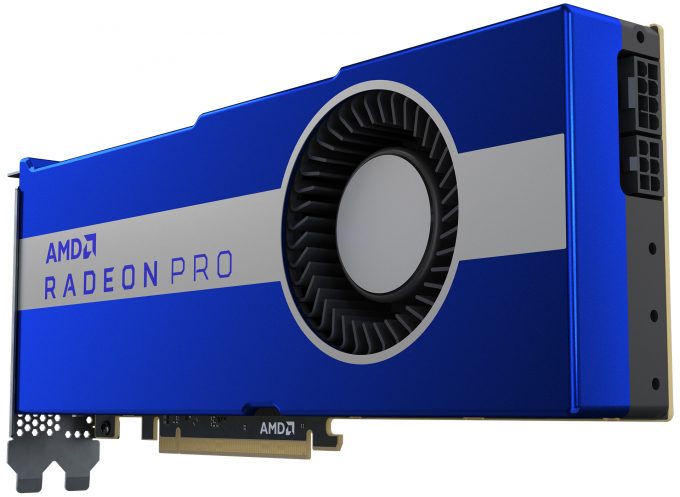 AMD is heavily catering this release to the broadcast and engineering market. Both of these rely not just on fast overall performance, but require plenty of memory bandwidth, to boot. Simulations will love all of the extra bandwidth, and broadcasts have plenty of room for cool additions with support for up to six monitors per card.

Speaking of “per card”, AMD is also promoting the use of multiple Pro VIIs to improve performance in intensive workloads further, once again taking a jab at NVIDIA to note that its GPU bridge retails for $199, while NVIDIA’s sits at a much higher $599. By combining two cards together, AMD says you can topple the GV100’s double-precision efforts for less money. 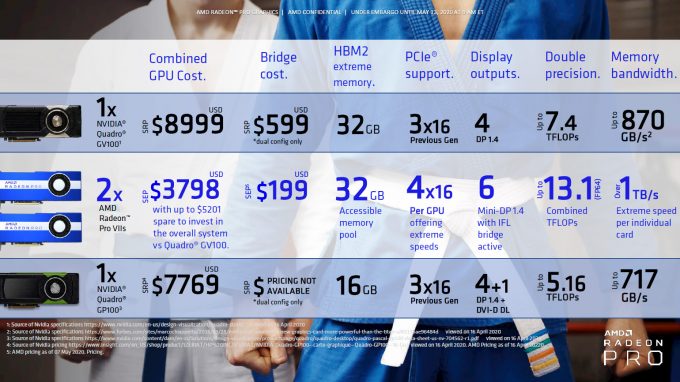 While on the gaming side, it’s hard to really care about PCIe 4 right now, the ProViz market stands to gain a boost out of it, given how intensive some workloads are. In this Pro VII’s case, those workloads will seem to heavily favor broadcast and engineering, but it will of course run the gamut of creative applications you’d expect – the Adobe’s, Autodesk’s, and so on.

On the broadcast front, AMD is talking a lot about DaVinci Resolve with this release, especially as the industry moves towards 8K editing. The Pro VII can of course power an 8K panel, but only one, thanks to bandwidth limitations, while six 4K monitors could be used in a rather drooly-worth configuration. 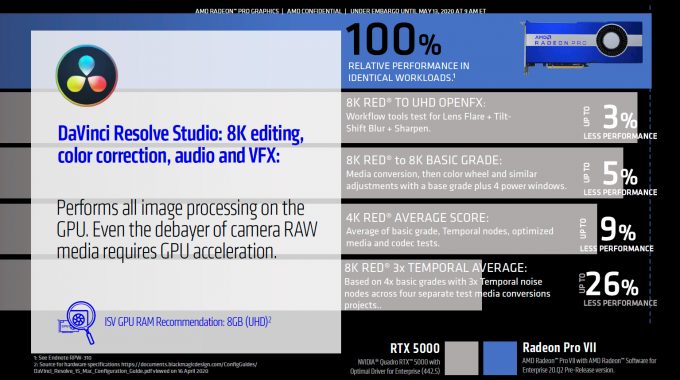 We took a thorough look at the Radeon VII’s workstation performance last year, and were left impressed overall, especially considering that the card only cost $700. It really felt that card was destined to be a Pro model, so it’s great to finally see one come along, especially with the surprise of unlocked FP64. Heck, double-precision performance is something else we pored over. See? This Pro VII was a long time coming.

An interesting thing about this release right now is that NVIDIA allegedly has Ampere to launch soon. That may not hit the ProViz market too quickly, but either way, it sure is an interesting season for serious GPUs.