Since the launch of AMD’s second-generation RDNA gaming graphics cards, we couldn’t help but wonder when the workstation side of the market would be blessed with AMD’s latest and greatest. Today, we have our answer. AMD claims that the new Radeon Pro W6800 is available right now, while the more modest W6600 will become available next quarter. 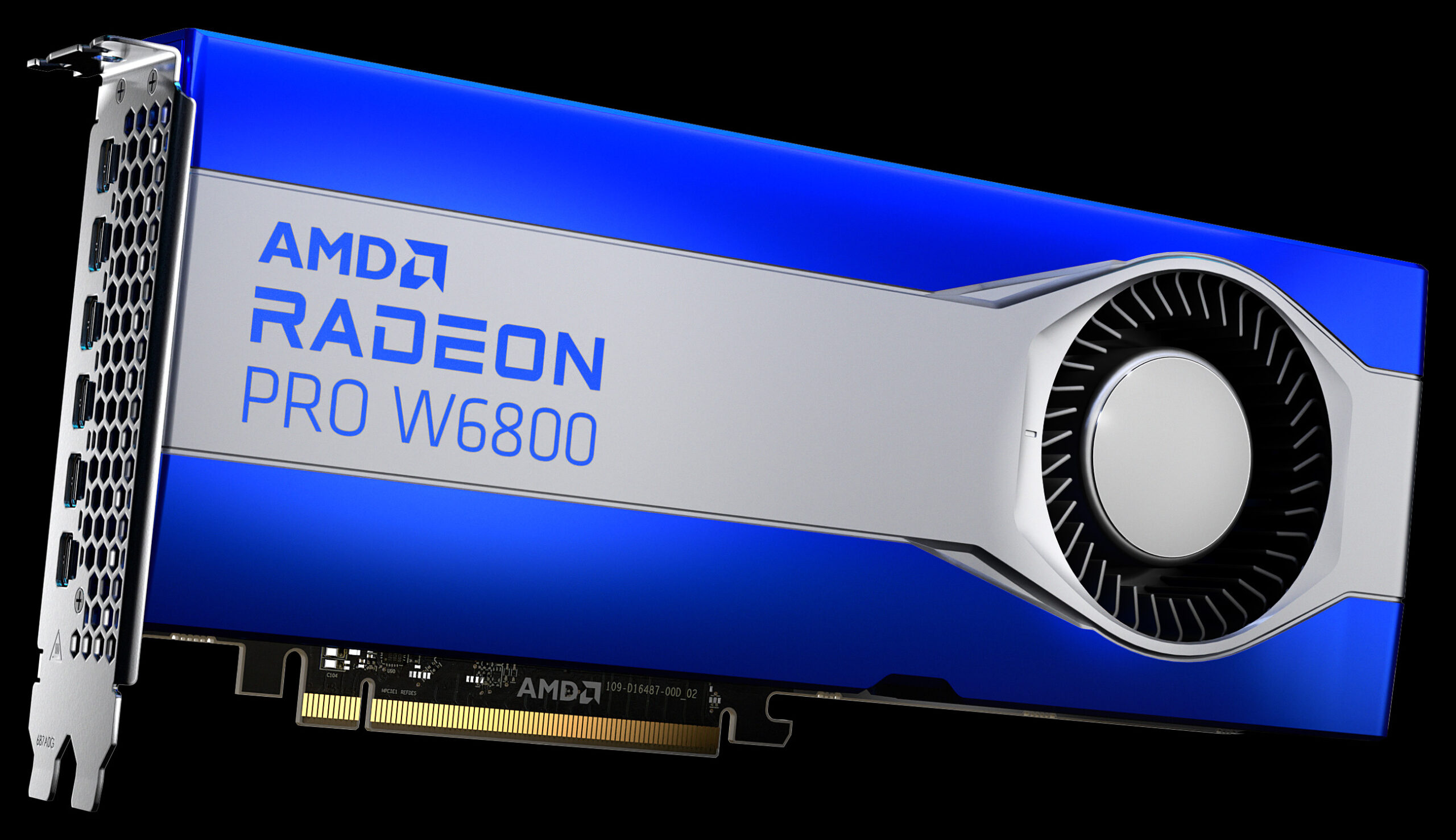 The table below helps highlight the architectural performance benefits the latest generation Radeon Pros provide over the older ones. We’re including the old Polaris-based cards here just for reference. When the WX 9100 was released a number of years ago, it offered really impressive performance, but today, it almost appears lacking, in comparison to the new 32GB Radeon Pro W6800.

It might be worth noting that the new W6800 doesn’t offer the same unlocked double-precision (FP64) performance that last year’s Radeon Pro VII does. For some reason, AMD’s own website barely references that card; it’s not even listed on the main Radeon Pro landing page, though it was referenced on a press call last week. Either way, if you needed FP64 performance, it’s the Pro VII (not regular VII) you’ll want to go with. Otherwise, the W6800 is going to offer even better FP32 performance, and double the frame buffer size.

With that massive 32GB frame buffer, it’s clear that AMD is catering to the hungriest workloads with its latest RPro, and because it’s based on the RDNA2 architecture, it means these new Radeon Pros are the first of their kind to offer hardware-accelerated ray tracing. How that will impact creator workloads, we need to delve into some investigation (and will, soon).

Compared to NVIDIA’s lineup, the new W6800 goes against the Quadro RTX 5000 the best, at least price-wise. In that match-up, NVIDIA costs a bit more, but has half of the frame buffer. Meanwhile, if you want 32GB or greater, you will need to go NVIDIA A6000, priced at almost double the W6800 (but it offers 48GB). 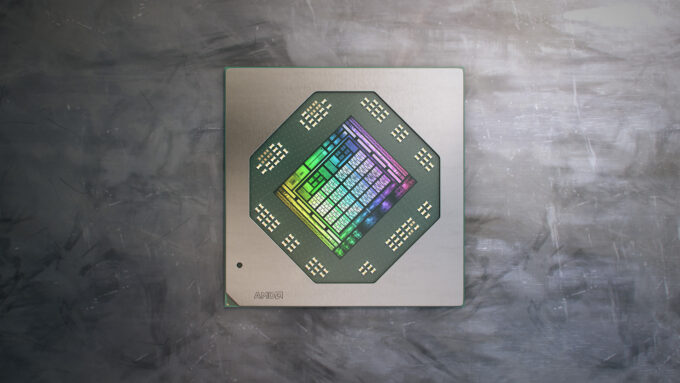 With this launch, AMD has also introduced a single mobile counterpart: Radeon Pro W6600M. It offers an 8GB frame buffer, and hits the same performance target of 10.4 TFLOPS single-precision as the desktop counterpart. AMD expects these GPUs to hit notebooks beginning in July.

We have been waiting on benchmarks to complete for some other performance content, so our look at the Radeon Pro W6800 is a little delayed, but it is coming. We’ll have more to talk about in the launch article than what’s covered here, as we really did just scratch the surface. Stay tuned.