After what we’d consider a rather calm year for AMD’s Radeon PRO drivers, the company’s latest release highlights that its engineers have been hard at work putting polish on an important performance scenario: interacting with the viewport! A completely rearchitected OpenGL driver helped make it happen. 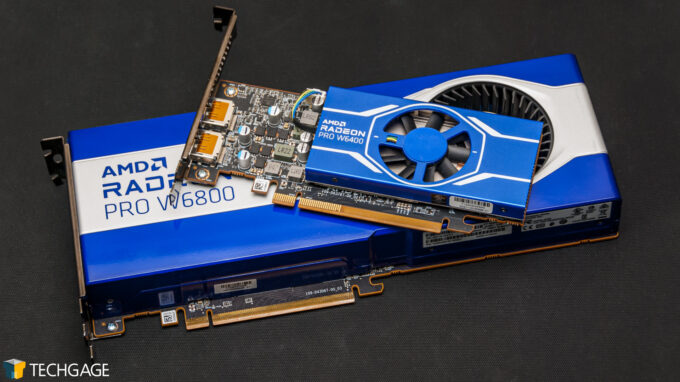 It’s become standard fare that if AMD talks about performance bumps in the Radeon PRO driver, the percentage gain it provides is based on the same quarterly release from the previous year. That’s not the case here – the promised Q3 performance gains are based against the previous Q2 release, which makes them much more impressive:

AMD is only comparing SPECviewperf workloads here, but it’s also mentioned that tools like SketchUp and Rhinoceros have also seen performance bumps. While we don’t have results to share yet, we also believe Blender viewport performance has improved, based on recent quick testing we performed with the gaming Radeon cards. We’ll be tackling this in-depth in the weeks ahead.

One note: the timing of this release is almost comical for us, as we just posted an in-depth look at performance from 20+ GPUs in all of SPECviewperf in both Windows and Linux just last month. With more GPUs launching soon, we’ll be doing a lot of retesting in the weeks ahead.

While AMD is only comparing the current-gen workstation GPUs in its table above, the driver should impact previous-generation cards just the same. The driver supports a wide-range of Radeon PROs, including those based on Polaris, Vega, and RDNA.

According to the release notes, this driver release is the first to officially support Windows 11 22H2, and a bug with DaVinci Resolve 17 when exporting to H.264 has been squashed.

In a strange coincidence, in a week when we decided to start experimenting with using Adobe Lightroom Classic as a GPU test (we’ve tested it with CPUs since the first version), a known issue is listed in these same release notes, stating that GPU acceleration may not work. A workaround is to use the 22.9.1 Adrenalin driver instead, which we believe would still include the rest of the PRO optimizations.

To upgrade to the latest Radeon PRO driver, head here.