AMD has just announced a new Radeon Pro option for Apple’s 16-inch MacBook Pro, and for a variety of reasons, it’s an interesting release. As far as we can tell, the new Radeon Pro 5600M is the de facto fastest mobile option of the entire MacBook lineup, with 40 compute units and 2,560 cores delivering 5.3 TFLOPS of FP32 compute, and 8GB of memory enabling 394 GB/s of memory bandwidth. 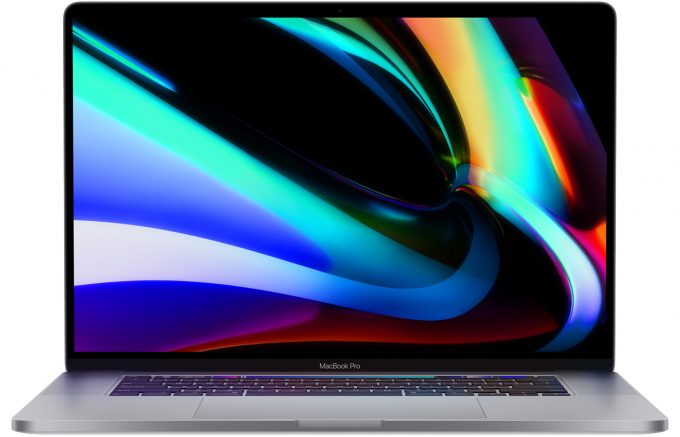 What stands out to us about this chip right off-the-bat is that it’s an RNDA graphics card that uses HBM2 instead of GDDR6, which has been standard across-the-board since the launch of the Radeon RX 5700 and RX 5700 XT last summer. The fact that this GPU had HBM immediately made us think it was a Vega-powered release, but not so. RDNA is fully equipped to handle either HBM2 or GDDR6.

Because of these differences, the regular Radeon RX 5600M is quite different from the Radeon Pro 5600M. The gaming variant has 36 compute units with 2,304 cores offering slightly more performance, but less VRAM (6GB) offering reduced memory bandwidth (288 GB/s).

On the gaming side, AMD also offers a Radeon RX 5700M GPU. That model is spec’d similarly to the 5600M, but with much beefier clocks thanks to a higher TDP allowance. Perhaps we’ll see a Radeon Pro 5700M at some point, but it’s hard to say whether it’d appear in the same MacBook Pro model. It’s ultimately good to see that AMD isn’t slowing down with the releases: the more choice, the better. That’s especially true on the Apple side, since the lack of NVIDIA already means users have a whittled-down selection to choose from.