We’ve been hearing about AMD’s Mantle API for a number of months, and while the wait for it to arrive has been a bit rough, the first driver to support is due soon. In the interim, AMD is sharing some performance data to help whet our appetites, and for those who run modest PCs and have compatible GPUs, this is one piece of tech that’s worth taking note of.

As a quick recap, Mantle is AMD’s low-level API solution that aims to negate some of the performance overhead of higher-level APIs (DirectX and OpenGL). AMD has touted it as “bare metal” programming, where developers will have unparalleled response times from the GPU to render graphics faster. Overall, the goals include reducing the overhead of processing commands, adding control of the command buffer, reducing the shader compilation overhead, and perhaps best of all, properly scale to multiple CPU cores. 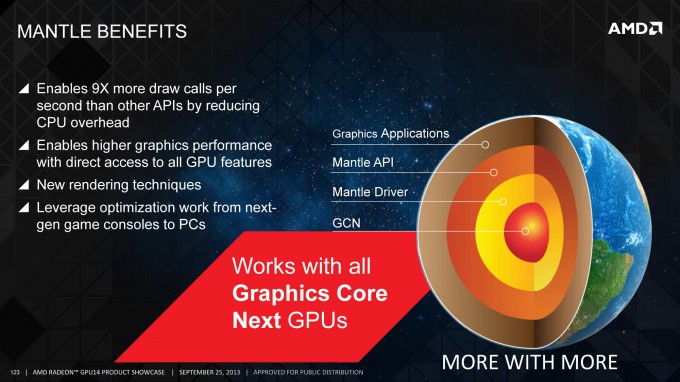 AMD stresses that Mantle works best when a game is CPU-bound, not GPU-bound – if a game is GPU-bound, it tends to stress the card to such a degree that Mantle-like optimizations will not help much at all. That said, those who will see the best benefit of Mantle will have modest PCs – something we’ll see evidenced in the results below.

First up, we have Battlefield 4, the primary game that AMD has mentioned in relation to Mantle since the tech’s unveiling.

As seen, when a modest CPU is used along with a huge CPU, a 41% gain at 1080p can be seen. This contrasts with the 2.7% gain seen when using the highest-end CPU on the market along with a midrange GPU.

Oxide Games’ StarSwarm is AMD’s other proof-of-concept. Oxide consists of industry veterans from Firaxis and Microsoft Studios, so they seem like good candidates for executing Mantle at its full potential.

Well, that’s quite a different picture. A 319% increase might seem a bit outlandish, but the reason for it has to do with some of the tasks Mantle takes off of the CPU. In this particular case, Mantle allows more units to be introduced into the game, an issue that a high-end CPU negates thanks to its extra performance potential. Even so, with Mantle enabled, a small gain can still be seen on high-end rigs. It’s worth noting that a demo of StarSwarm is due out Thursday afternoon on Steam. 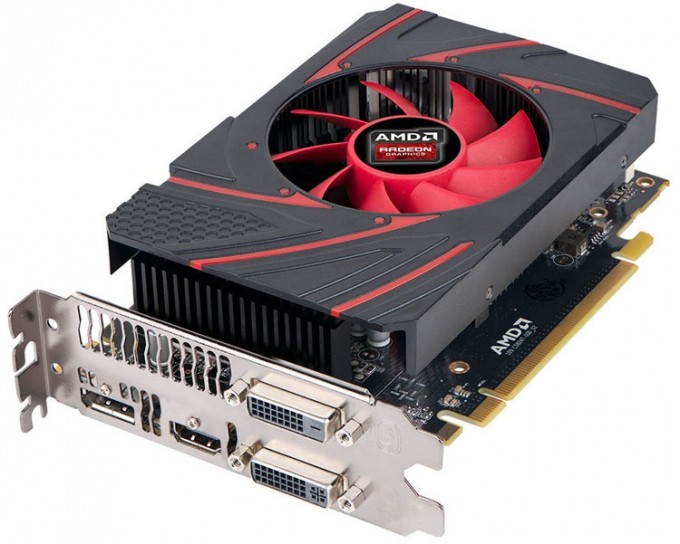 Alongside these results, AMD had intentions to include Mantle support in its just-released Catalyst 14.1 beta driver (edit: it appears that AMD might be a day late on this one), but things didn’t quite go as planned. However, AMD did get a couple of neat features added that are worth talking about.

First and foremost, 14.1 is the first driver to enable HSA support on Kaveri APUs. As we mentioned at Kaveri’s launch earlier this month, HSA will enable the processor’s CPU and GPU cores to work together in certain scenarios where the developer compiled HSA support in. What that means is, an app might use the GPU for certain things, and use the CPU for the rest. At the moment, LibreOffice 4.2.0.1+ and Corel AfterShot Pro 1.2.0.6 both support HSA.

Overall, those are some nice additions to Catalyst 14.1 (and there may be more), but I’m sure I’m not alone in wanting Mantle support to get here sooner than later. That said, even when the initial support does get here, AMD stresses that it’ll be a true beta, and that performance will no doubt be enhanced over time, as well as launch bugs (such as the inability to take advantage of Mantle in a multi-GPU setup) prevalent. Even so, bring it on.