Not to be outdone by its in-house competitor, Republic of Gamers, ASUS’ Strix sub-brand also has its own trio of gaming-oriented peripherals to announce at CES 2015. Making their debuts are the Strix 7.1 headset, the Claw gaming mouse, and the Tactic Pro mechanical keyboard.

The Strix 7.1 is a true 7.1 surround sound headset. Featuring ten (!) discrete drivers, the Strix 7.1 aims to provide the most immersive and precise execution of surround sound in a headset yet. Its aggressive styling and lighting effects, meanwhile, ensure the Strix 7.1 will grab eyeballs as hard as possible. Protein-leather-covered memory foam in its ear cups will also ensure that it can be worn in comfort even in the most extreme hours-long gaming sessions. 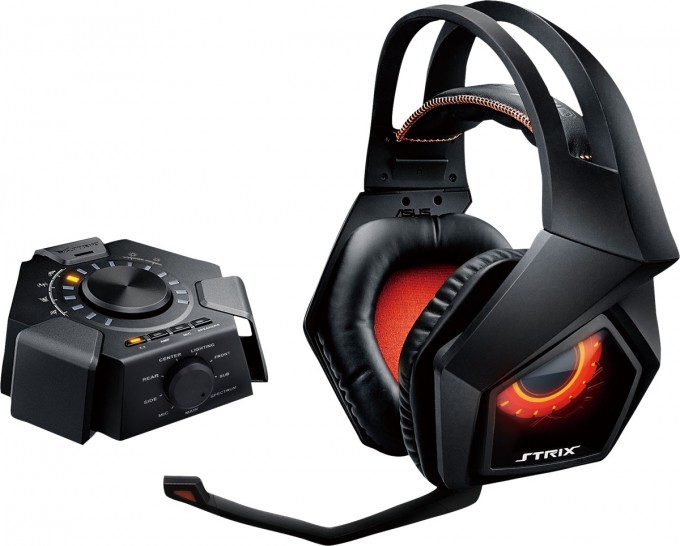 Finally, because it is equipped with a plug-and-play USB audio station which features a headphone amplifier, 90% environmental-noise-cancellation (ENC) capability for optimum voice capture, and a selection of four game-audio spectrum profiles, the Strix 7.1 is designed to meet any audio demands gamers might have. 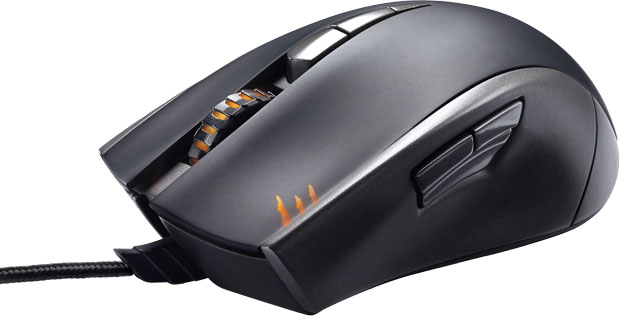 Finally, the Tactic Pro mechanical keyboard also makes its debut. Users can select from CHERRY’s MX Brown, Blue, Black, and Red switches. The Tactic Pro also features illumination for all keys (a relatively rare feature for CHERRY-equipped keyboards), high-spec N-Key Rollover (NKRO) technology over USB, and a bank of thirteen macro keys for increased functionality. Not only that, but gamers can also reassign the F1 through F8 keys as macro command keys as well, so that there is a total of twenty-one possible macro command keys to use. And don’t forget the requisite aggressive styling so beloved by gamers.

As it did with its ROG trio we wrote about earlier yesterday, ASUS has not disclosed pricing or availability for this trinity of Strix peripherals.