Here at Techgage, we spend quite a bit of our time testing desktop hardware in creative workloads, but don’t cover notebooks quite as often as we’d like. Well, despite notebooks being completely portable, today’s mobile hardware is so powerful, that designing while on-the-go isn’t the dream that it once was. This week, ASUS again proves that with the release of some new ProArt Studiobook models.

There are four new ProArt Studiobook models on offer, with two carrying an extra “Pro” at the end of their name. Each set revolves around AMD or Intel CPUs, with the Pro variants catering to the more serious workstation user, with NVIDIA’s professional GPUs bundled in. 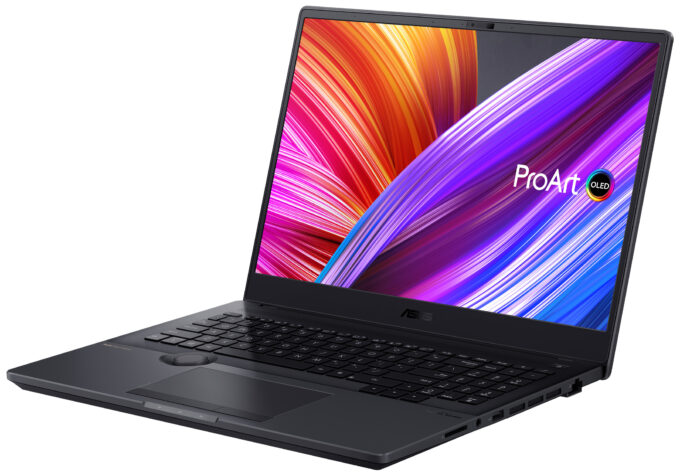 Here’s a quick overview of the four models:

For its $1,999.99 price tag, the H7600 offers a lot of horsepower, both on the GPU and CPU front. If you want to retain an Intel CPU but opt for a faster GPU, then the price is going to hike to $4,999.99. That hike isn’t exactly modest, but what the premium gets you is an Intel Xeon workstation processor, as well as a top-end workstation GPU that’s validated for any creative workload you’re about to throw at it.

For those who want a workstation GPU, but don’t need the top-end, there’s the W5600, which drops its GPU down to an A2000. That makes the notebook more qualified for high-end CAD work than to act as a rendering powerhouse – although that would be suitable enough if you primarily used network or cloud rendering.

The Intel-based 7600 notebooks include a single display option: 16-inch 4K OLED HDR spec’d at 550 cd/m2. The same screen will be offered on the AMD-based models, but with a 2560×1600 option also available. ASUS says that the 4K OLED is certified for VESA’s DisplayHDR 500 True Black, which is the second-highest possible rating (we learned of 600 True Black just a few months ago). The display also delivers 100% DCI-P3 color gamut that’s PANTONE validated.

As the side shots posted above highlight, these notebooks have quite a bit of potential for lots of peripherals and other connectivity. Only the Intel models include Thunderbolt, but all have many ways to connect displays or storage devices you may need. The included card reader is SD Express 7.0 spec’d, allowing transfers of up to 985MB/s.

All of these notebook models are able to be found with 64GB of memory, with error correction code (ECC) memory being available on the Xeon-based W7600.

What makes a workstation more interesting is dedicated hardware for improving workflows. These new Studiobooks include that dedicated hardware in the form a rotary dial that offers precision control over a plethora of tasks. ASUS mentions support being baked in for Adobe’s Lightroom Classic, Premiere Pro, and After Effects, but even if you don’t use those, the dial can still be used in other creative software. We’re not entirely sure the level of customization this dial has, but ASUS describes a hub that will allow full control over its functions. 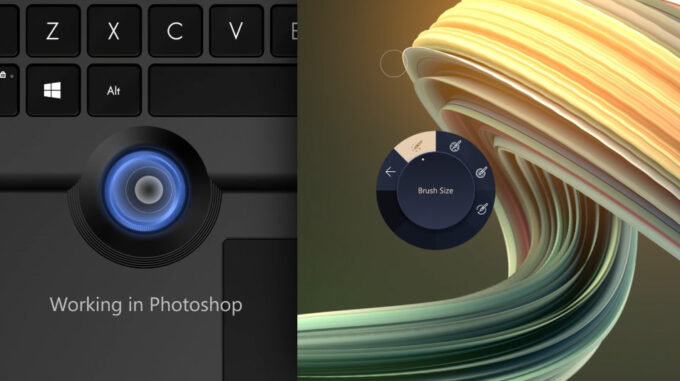