A couple of weeks ago, we covered Dell’s latest XPS 13, which I said “could be the best looking Ultrabook ever”. With ASUS’ ZenBook UX305 now being made available in the US, though, Dell has gained some serious competition. 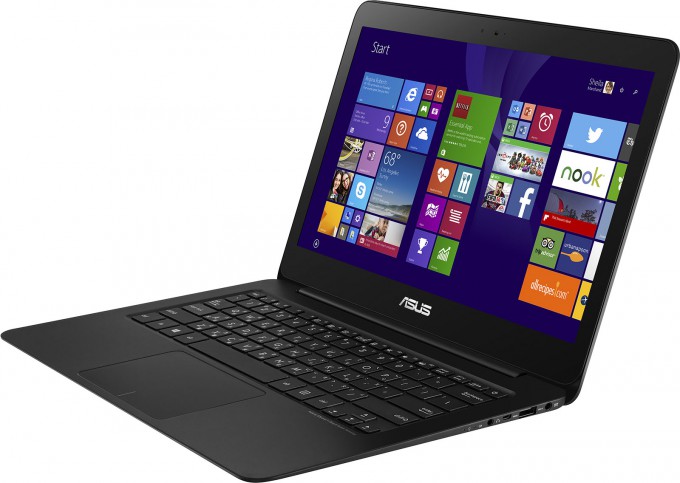 ASUS calls its UX305 the “world’s slimmest” QHD+ notebook, which might seem a little odd given the just-mentioned model features only a 1080p display. Well, that’s because a model rolling-out soon will in fact feature a QHD+ display, or in layman’s terms, one that supports a resolution of 3200 x 1800. That model’s screen will also have touch capabilities.

Because Intel’s Core M processors are available with such low TDP requirements, there’s no CPU fan in the UX305. So to make sure heat never becomes a problem, ASUS has implemented what it calls “IceCool” technology. ASUS does know a thing or two about cooling, so I’m sure we could feel confident about that solution here.

In terms of battery-life, ASUS says that with the UX305’s 45Wh battery, you should be able to expect about 10 hours of productive work on a single charge. Pictured above is the Obsidian Stone color scheme, but the UX305 will also be made available in Ceramic Alloy.

Considering the fact that the particular UX305 model available now (UX305FA) includes a good processor, 8GB of RAM, and a beefy 256GB SSD, and not to mention its gorgeous design, this could prove to be one of the hottest Ultrabooks released this year.