If there’s one thing I realize well, it’s that from time to time, people can run into a string of bad luck. The past few weeks have proved that fact to me, where computers are concerned at least, and I’m sure I’ll divulge more into that at some point. As I mentioned earlier this month, we have some great content coming up, including our review of NVIDIA’s GTX 285 and GTX 295, which should have been posted last week. I won’t get into all of the reasons for the slow posting here, but I will just say that a) manually re-benchmarking a slew of graphics cards takes a while and b) things that can go wrong, sometimes do.

I’ll pick on just one thing here though, because when I think back to all of this re-benchmarking I’ve been doing, there’s been one problem to top them all… ATI’s GPU drivers. Now, I try to keep an open mind when it comes to issues with hardware, and it’s important to, to help avoid feeling biased. There’s something about ATI cards that just works against me though, and that was well-evidenced over the course of the past few days.

As mentioned above, I’m in the process of re-benchmarking numerous cards since we are shifting our previous GPU testing machine to be based on the Core i7 platform. Well, I spent almost an entire week on NVIDIA cards, and so it the time was right to move over to ATI’s cards, but problems ensued. Now, I’ll preface this by saying that I’ve had many problems with ATI’s drivers in the past, but that’s not the problem. The problem is that I’m still running into these exact-same issues, and I can’t for the life of me understand why.

To keep an already long story shorter, I’ll say that the main issue that plagues ATI cards is the bug where installing the driver will do nothing. When I reviewed ATI’s HD 4870 X2 last summer, the issue that crept up was a driver that never actually “stuck”. At its worst, I had to re-install the driver four times before it would finally work. Most times, I’d install the driver, only to reboot and get an error about an appropriate card not being found. Frustrating, to say the least. 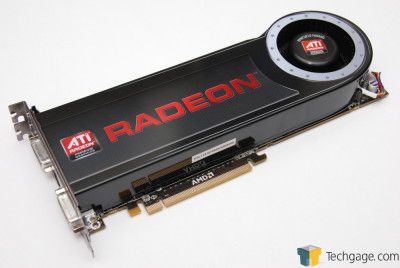 Since that time, I really haven’t had any major issues, but I did have some slight ones when I sat down to benchmark Sapphire’s HD 4850 X2. In that particular scenario, I installed both the 8.12 and 8.12 Hotfix drivers off of the official site, and neither worked. At least, not at first. After installing the hotfixed drivers for the second time, the card was operable.

This past weekend, I had similar troubles. After installing the HD 4870 X2, it took four driver installs (between 8.11 and the latest hotfixed driver) before the card worked, and on the HD 4850 X2 side, it took one re-install for it to function. At first, I thought it was just issues with dual-GPU cards, but I had the same issue with the 1GB HD 4870, where I had to re-install the driver once to have it function. To add to the pain, Mirror’s Edge didn’t bode well with any ATI card, and at first, I was stumped. The game would run, but at an obscenely-low average FPS (think 2). The problem? ATI’s “Catalyst AI” was enabled (which is default). After I disabled it, the game ran fine.

Let me get one thing straight. I love ATI, and for the most part, I grew up on ATI cards. I loved seeing them strike back against NVIDIA last summer with their HD 4000 series… and who wouldn’t? One decision that always bothered me though, was their needlessly bulky drivers, based on none other than .NET code. I’m not sure if the issues I ran into are related to that, but I’m sure it doesn’t help. I’m assuming that I’m not the only one who’s ever experienced these issues, because I’ve run into these on two completely different platforms with completely different GPU configurations.

I’ll leave NVIDIA’s drivers out of this, but while they are not perfect either, I haven’t experienced a major issue like this since at least the Vista launch. ATI really, really has to get the driver situation sorted out, because as I said, there’s no way I’m the only frustrated user. The Mirror’s Edge bug really stumps me, because as it seems, anyone who picks up this game on an ATI card might run into an issue, and not too many regular consumers are going to know how to tackle it. So am I alone here? Let us know in the discussion thread.