Right on schedule, the latest long-term support release of Blender has landed. Version 3.3 becomes the third such LTS release to launch, guaranteeing continued bug fix support until the next LTS becomes available. The previous LTS release, 2.93, continues to have support until next summer.

The next LTS release will likely represent a 4.X version, as Blender has in the past noted that it’d like to start increasing version numbers at a steadier pace – rather than sit on the same major version for over a decade, as we saw with 2.X. 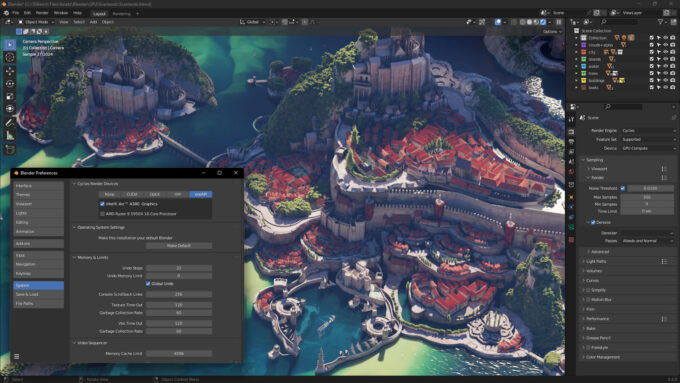 Building upon its efforts in improving Geometry Nodes and its sculpting tools, Blender has taken advantage of both to improve hair placement and style. It’s not so much “sculpting” with hair, but grooming. Here’s a quick video the developers have provided:

The capabilities of this tool are impressive. You can sculpt on top of deformed curves created with Geometry Nodes, it supports symmetry in X, Y, and Z axes, and you can select random or endpoints to grow and shrink the hair – if only shaving was so effortless! Fortunately, this feature is available in both Cycles and Eevee.

Since the initial release of Geometry Nodes, the feature has experienced an incredible amount of polish, and additional capabilities. This go-around, Blender has added procedural UV unwrapping, which takes advantage of the also-new Pack UV Islands feature that allows you to create or adjust UV maps on-the-fly. This is another feature worth checking out the video example for:

That’s far from all that’s come to Geometry Nodes. There’s also a new path-finding node, which could be used for things like lighting, vegetation, or interestingly… mazes. This feature can save time and energy, allowing artists to forego manual routing. Other new nodes include Volume Cube Primitive, Points Primitive, Mesh to Volume, Instance Scale/Rotation, Interpolate Domain, and intersecting edges.

Grease Pencil doesn’t seem to see as many updates as some other features, but 3.3 takes good care of it, adding the ability to accurately cast a shadow when using the line art modifier, improved intersection detection, as well as the ability to draw a silhouette around a collection or individual objects. Notably, Grease Pencil keyframes now show up in the Dopesheet and Timeline editors.

If you looked close at the top screenshot in this post, which features a render of the new 3.3 splash screen Scanlands, you’ll notice that it was rendered with an Intel graphics card. Our Arc A380 conveniently landed just last night, so we were able to give things a quick test. Going forward, our Blender performance articles will feature a third GPU vendor, which is pretty exciting. 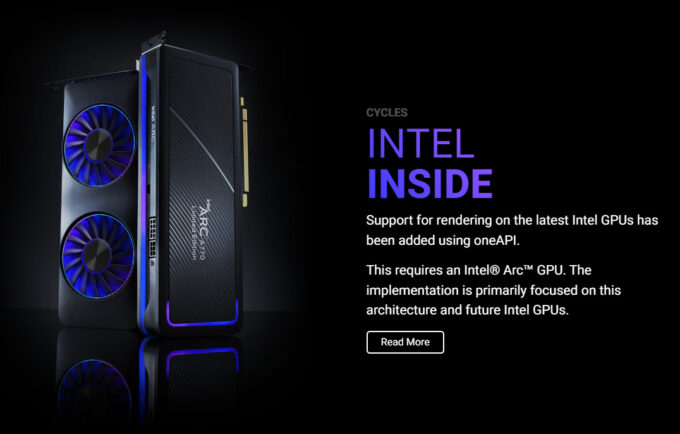 Due to travel and other obligations, we haven’t yet been able to give Intel GPUs as thorough a test in Blender as we’d like, but we’ll have a full performance report posted in the coming weeks that will cover everything there is to know.

Added GPU support hasn’t just impacted Intel with this release. When Blender 3.0 released, AMD GPU support was quite limited, and got better in 3.1 and 3.2. Well, in 3.3, older-generation Vega-based Radeons can now be used. That includes the likes of Radeon VII and the Radeon PRO WX series. For those curious: yes, this support hits both the Linux and Windows version of the software.

As always, we’re just scratching the surface of what’s new in Blender 3.3. For a somewhat quick look, you can check out the overall release page, and for a more detailed look, you should hit up the release notes page. You can of course grab the latest version of Blender here.