When a new Call of Duty is released nearly every year, it’s admittedly hard to get truly excited about the “next one”. The new Modern Warfare, due in October, is one of the biggest exceptions in recent years, and for a handful of reasons. Arguably, the MW series has been the best CoD has ever seen, with a good story and fun environments, and many multiplayer maps that have become mainstays over the years. 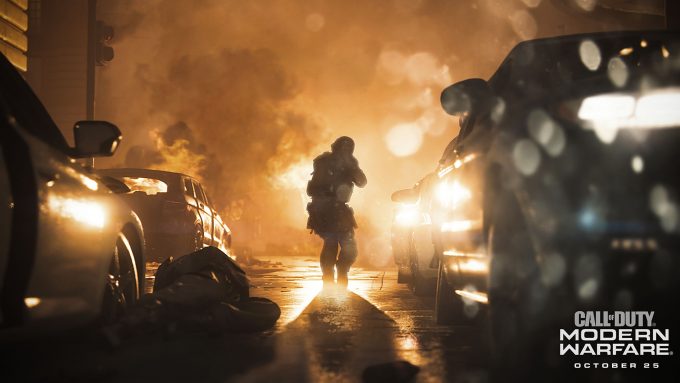 The game’s first trailer dropped during Computex last week, and it did an effective job in getting us hyped, largely because we knew it was going to be a return to a legendary series. Making things even better is the fact that this is going to be one of the next games to support NVIDIA’s RTX technologies, namely with ray tracing. Lighting matters a lot to how an artist wants their scene portrayed, so we’re already anxious to see the tech in use here.

In a press release issued today, NVIDIA confirms that it is the PC partner for the new Modern Warfare, and given that it’s bringing RTX to the table, this is likely to be the first Call of Duty we’ve used in our benchmarking since our GeForce GTX 480 launch review. Even at that time, the CoD series didn’t seem to love the PC too much. If you were to throw a multi-monitor configuration at it, it’d simply stretch the entire image. As of a few releases ago, CoD does seem to support PC configurations a lot better, with that multi-monitor / ultrawide issue now a thing of the past.

It’s not entirely clear whether Modern Warfare will use RTX / DXR for any strategic reason, but like most RTX games so far, the ultimate goal is believability. We’re still a ways out before games will be completely ray traced, but what we have now is still impressive, and once developers learn to use the hardware better, things should only get better.

In addition to ray tracing, MW is going to take advantage of NVIDIA’s Adaptive Shading technique to increase rendering quality in parts of the scene people are actually going to notice, and degrade some IQ in areas where it’d go unnoticed. This helps ease the workload on the GPU, improving IQ in important parts, and performance on the whole.

You can learn more about the new title on its official website. It seems likely that another trailer will be released during E3, but if you are one of those people who hate teaser trailers in advance of the full game release, you thankfully only have to wait until October 25 for the launch.