Canonical Backtracks On Pulling Of 32-bit Libraries… For Now

Over the weekend, there was a huge uproar in the Linux community aimed towards Canonical and its decision to pull support for 32-bit libraries. In our post, we mentioned that Canonical’s mind seemed made up, but sometimes, the unexpected happens. It certainly did in this case, as the Ubuntu developer has said that it’s reverting its choice – at least for the time-being. 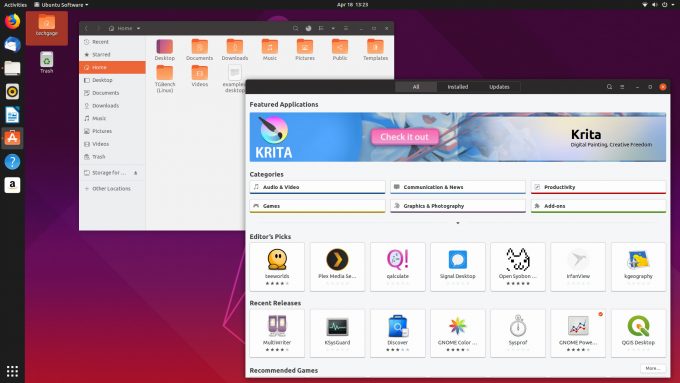 In a blog post, Canonical notes that like all major decisions, this one was discussed at length on its developer and community forums, but the company underestimated the kind of response that would arise from such a critical decision.

After the Ubuntu 18.04 LTS release we had extensive threads on the ubuntu-devel list and also consulted Valve in detail on the topic. None of those discussions raised the passions we’ve seen here, so we felt we had sufficient consensus for the move in Ubuntu 20.04 LTS. We do think it’s reasonable to expect the community to participate and to find the right balance between enabling the next wave of capabilities and maintaining the long tail. Nevertheless, in this case it’s relatively easy for us to change plan and enable natively in Ubuntu 20.04 LTS the applications for which there is a specific need.

There is a ton of 32-bit software that’s unimportant nowadays, but for gamers, that’s not at all the case, with countless legacy installers stuck to 32-bit. The company still plans to get rid of 32-bit support at some point, but it’ll be a few years off. By then, we’d hope that contingency plans will prevent many people from having to deal with issues on their own. As always, if Canonical bows out in some way, there’s sure to be another distro to fill in.

In the same Canonical blog post, the company makes a good point about much of the 32-bit software out there going unused, which means that over time, it could become a greater risk to exploits. That’s fair, and makes it easy to understand why anyone would want to move away from 32-bit eventually. But, it seems obvious right now that a lot more advanced planning is required.