Since the launch of AMD’s third-gen Ryzen processors last summer, we’ve found ourselves running into a higher than the usual number of memory configuration issues on the AM4 / X570 platform. We’re not alone, as a simple Google search can reveal, and the worst of it is: we’ve found many users who’ve been running DDR4-2666 rather than their kit’s XMP, simply because the platform fights them.

In our case, it seems as though anytime we move from one 3000-series Ryzen CPU to another, we’ll almost certainly have to fight with the memory configuration to get it to apply properly. Over the weekend, while working on some Cinema 4D tests, we switched from one CPU to another, and the system absolutely refused to give us our desired speeds. 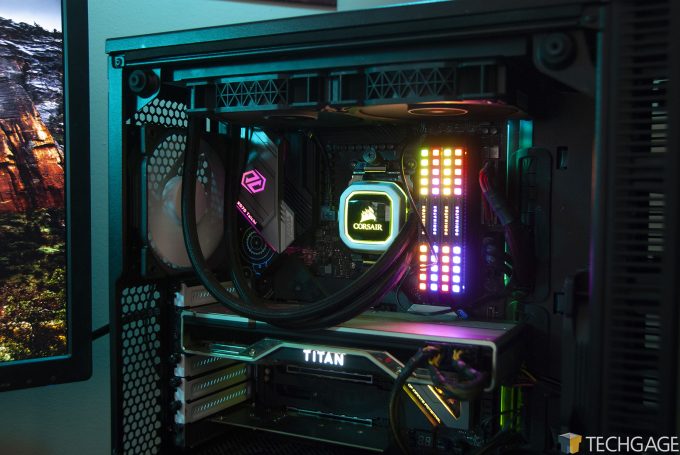 After spending an hour trying to secure our DDR4-3600 speeds, we finally clued in that hard reset of the EFI might be able to help, even though the constant barrage of soft resets didn’t. Sure enough – that fixed the problem for us. Once we reset the CMOS with the dedicated button on the motherboard, the system would finally apply the XMP without any issues.

We’ve since repeated these steps with the subsequent chips, and have had no issues since then. If you don’t have a dedicated button for this, consult your motherboard manual for alternative methods (which can include using a DIP switch or simply removing the BIOS battery for a couple of minutes while the machine is powered off.)

We could be far off the mark, but given our experiences, it feels like there’s some lingering bug in the firmware that fights with memory. We can understand hitting issues as we swap CPUs all of the time, but the users we found online running into the same issues (on our same motherboards) shows that it’s not only going to be chronic hardware swappers who will bump against it. 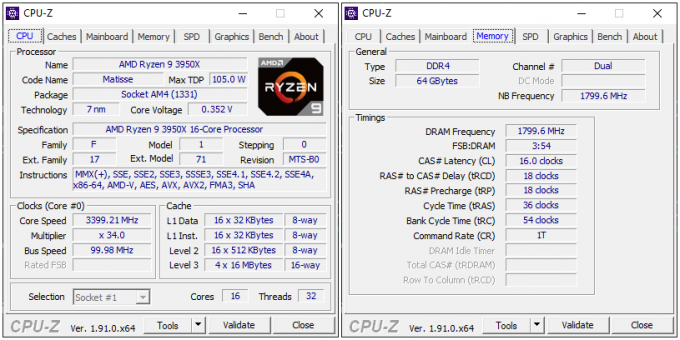 It’s important to note that our issues here can’t really be blamed on one motherboard. We’re currently running ASRock’s X570 Taichi because we were running into these exact issues on the Aorus X570 Master. We went through the hassle of swapping motherboards, but ultimately fared no better. Not long after last summer’s launch of Zen 2, we remember talking to a site friend who was frustrated after he swapped CPUs, and the EFI lied about the memory configuration. While the EFI reported expected XMP specs, the actually applied specs were default. This friend had to reset the EFI first, reboot, and then apply XMP for it to kick in.

It has only been with the AM4 platform that we’ve had these issues with, as well. We’ve had zero issues enabling the XMP on both of our Intel platforms, and outside of a little weirdness we experienced with the 3990X, Threadripper has not given us an issue, either.

So… if you find yourself with this roadblock, try hard resetting the EFI and hope for the best.