As expected, NVIDIA took advantage of CES to unveil its Tegra 4 mobile processor, hyped up during the company’s press conference by its ever-enthusiastic CEO, Jen-Hsun Huang. When Apple unveiled its latest iPad this past fall, featuring the company’s A6X processor, it’s unlikely that anyone could have guessed the performance boost it’d bring. In fact, I’m sure at the time of the announcement, the folks at NVIDIA wished its Tegra 4 was ready right there and then. Fortunately, however, it does appear that NVIDIA has reclaimed the performance lead with its latest chip.

As the slide in the photograph below shows, Tegra 4 is just a bit faster than Apple’s A6X, and much faster than everything else out there – though it’s important to note that no Intel product was used in the comparison. We’ll have to wait and see if the Santa Clara company will strike back with a comparison of its own. 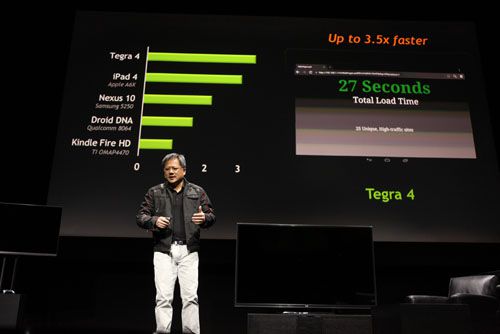 Internally, NVIDIA kept the general design of Tegra 4 the same as the previous generation, sticking with its 4+1 layout (4 cores + a “second generation” battery-saver core). The CPU cores themselves have been upgraded to ARM’s latest, Cortex-A15, which helps dramatically with the overall speed boost. Graphics-wise, Tegra 4 is theoretically “up to” 6x faster than Tegra 3, thanks in part to its inclusion of a 72 cores. 72! 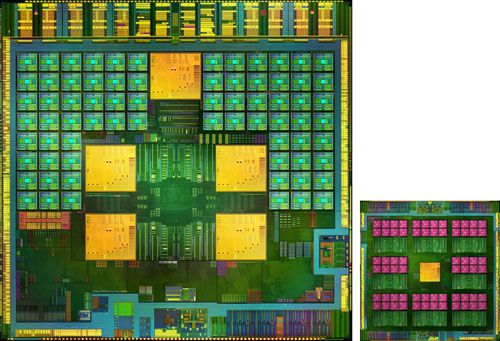 Overall, it’s expected that Tegra 4 will be 2.5~4x faster than Tegra 3. Devices should boot faster, operate smoother and deliver even better gaming than what we’ve seen from Tegra-enhanced titles in the past. On that topic, select Tegra 4 games en route include Bloodsword, Dead Trigger 2 and Real Boxing. Given that Tegra 3 could offer Xbox 360-level graphics (as I evidenced here), Tegra 4’s potential is exciting. On a related note, Tegra 4 bumps resolution support to 4K. Enough said there. 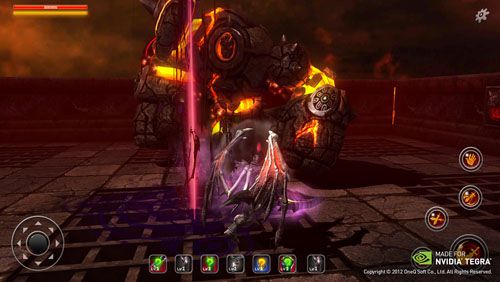 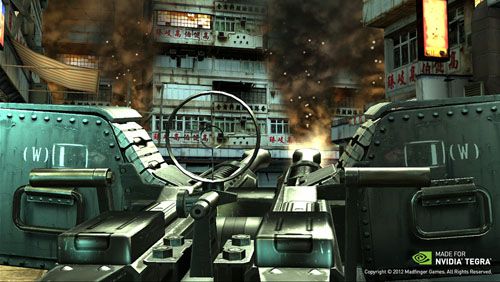 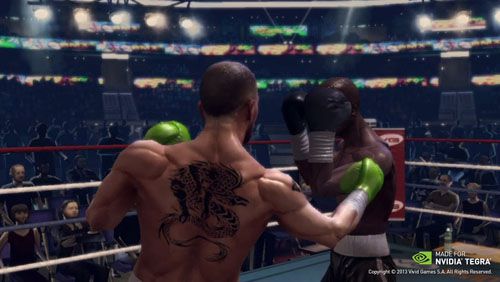 Alongside the CPU and GPU performance boosts comes another: HDR. When a photo is taken with a Tegra 4 device, it will capture multiple shots and then combine them to deliver a photo that really stands out. Best part? Thanks to the performance capabilities of NVIDIA’s latest chip, even HDR video is possible.

With its performance boost, it’d be easy to assume that Tegra power draw remains the same, but not so. Instead, NVIDIA claims Tegra 4 consumes up to 45% less power than Tegra 3 in “common use cases”. HD video-wise, it can handle up to 14 hours on phones (and possibly more on tablets).

On a side note, NVIDIA also announced the “i500 Soft Modem” (pictured in the graphic near the top, next to Tegra), a reprogrammable baseband chip that vendors could utilize to deliver various wireless support to their devices. A major upside is that it’s 40% smaller than other solutions, so it’s an interesting product – and a slightly unexpected one from NVIDIA.