At a press event held earlier this week, Corsair announced the Hydro Series H60 liquid CPU cooler, and though it had released the H50 and H70 prior, this was the most interesting. Why? It had been developed in conjunction with CoolIT Systems, a company based in Canada. We’ve reviewed many of CoolIT’s products in the past, and it’s fairly obvious why Corsair chose to go with the company.

What wasn’t quite clear was why CoolIT would develop a product for a competitor, but in talking to someone familiar with the situation (I am not sure if this is public information), CoolIT has decided to halt development of consumer products, meaning that no more new product will appear on Newegg and other sites. As CoolIT’s products have been quite good, and a thumbs up above the competition, this news is upsetting. 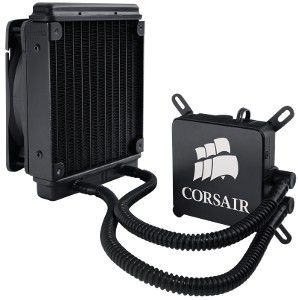 Does this mean the end of CoolIT? Not even close. Rather than focus on consumer products, CoolIT is now going to be acting as consultants and also use its technologies to help other companies develop their own products, such as Corsair’s H60.

It could be assumed that CoolIT simply couldn’t compete with other companies, but that’s not likely to be the case. The “IT” in CoolIT represents enterprise environments and the like, so that’s always been the root of the company. With consumer products off of its plate, it can focus on developing technologies for other companies to incorporate into their products, and also build its own products for the enterprise.

It’s a bit of a surprise that CoolIT has gone this route, but not much of a surprise at the same time. Despite not having plans to release more products available straight to consumers, I can’t wait to see what the company has in store for the future, and what other partnerships it’ll fuse.