When we caught up with Corsair at CES a few weeks ago, we inquired whether or not AMD CPUs would be making an appearance in its PCs anytime soon. On display were not just the ONE PC and Origin PC’s own, but also Corsair’s VENGEANCE rigs. Unlike the ONE PC, which is an all-in-one design with modest ability to swap out components, VENGEANCE is a lot different – it’s in effect a DIY PC hand-built by Corsair.

Corsair is offering two different SKUs for this AMD launch, and as has happened before, both of them cost the exact same: $1,999. It’s important to know the differences, though, because the better of the two configurations (VENGEANCE 6182) bumps the SSD from PCIe 3.0 480GB to PCIe 4.0 1TB, and also improves the motherboard, with a bump from the B450 to X570 chipset. 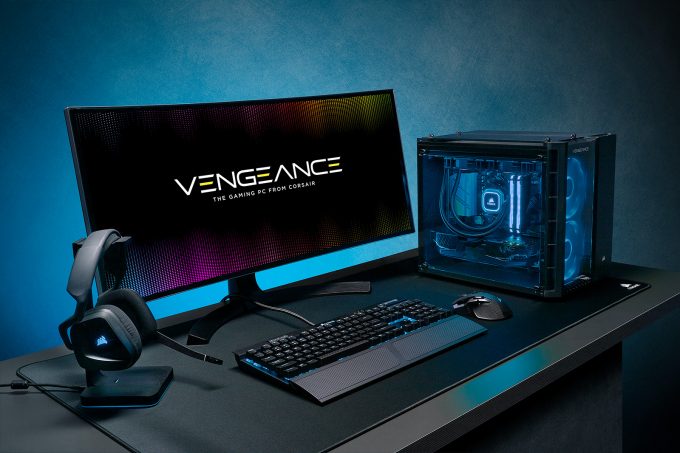 As we learned when we took a look at Corsair’s ONE PC a couple of months ago, the company sometimes has a different SKU available at retail, such as in Best Buy. In this particular case, Corsair itself offers both configurations on its website, available for immediate purchase. This feels a little odd to us, but nonetheless: make sure you choose the better of the two (6182).

Aside from that, Corsair’s chosen to use the Ryzen 7 3700X as the base for these new configurations, which is a choice that’s hard to argue against. The 3700X is really one of the best gaming chips going right now from a bang-for-the-buck standpoint, and sixteen threads means heavier CPU workloads will get done quicker. Thanks to the inclusion of Corsair’s H100i RGB liquid cooler, that last thing on your mind will be overheating. 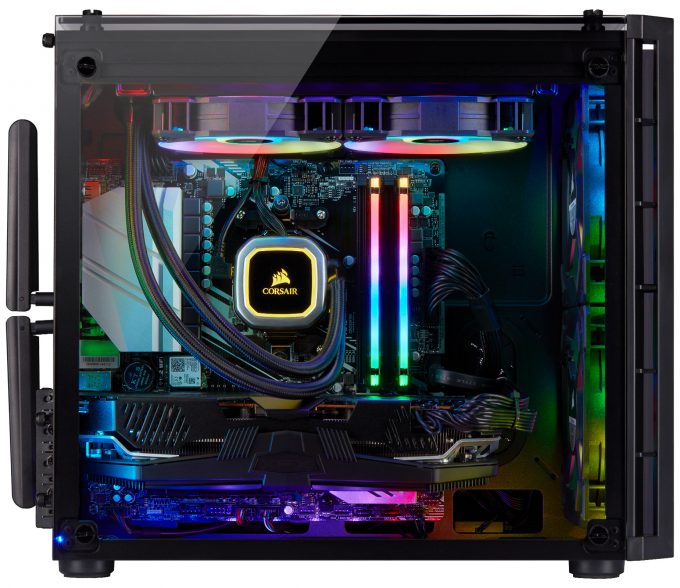 Speaking of bang-for-the-buck, Corsair has also gone with AMD for the GPU, opting for the Radeon RX 5700 XT. This GPU offers enough horsepower to make 1080p gaming seem like a joke, and will handle 1440p and ultrawide 1440p without much fuss. 4K will be best left to esports-type games, or in effect any games that run at a super-high framerate at lower resolutions.

As mentioned above, the new VENGEANCE rigs are available right on Corsair’s website, and will likely be found at retail soon.