For as long as it’s existed, Corsair has wanted to cater to gamers in every way possible, whether it’s by offering quality mice and keyboards, or even liquid cooling and power. In recent years, we’ve seen the company acquire some others that perfectly fit into the gamer ecosystem, including SCUF for gamepads, Elgato for streaming and recording, and Origin PC for pre-builts.

Not everyone wants to go the DIY route with their gaming PC, so Corsair has been offering all-in-ones and prebuilts for a number of years now even outside of Origin PC, such as the ONE, which we posted a review for back in 2019. Considering just how many market categories the company seems to want to cover, it almost seemed inevitable that at some point, it’d announce its own notebook. At Computex 2022, it’s finally happened.

And damn, is it good-looking: 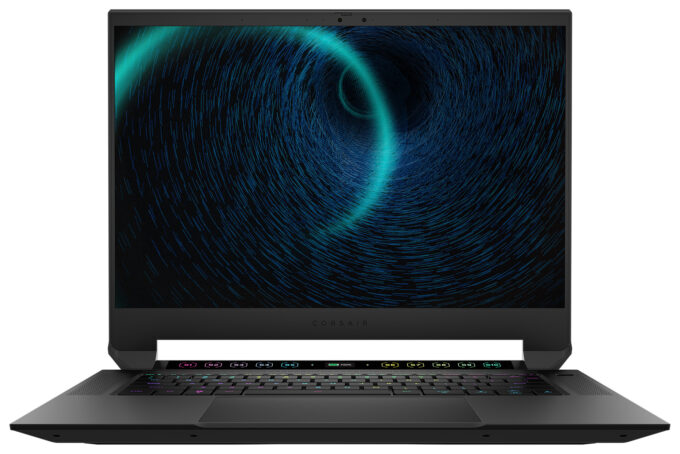 Stock images almost don’t do this notebook enough justice. As an AMD Advantage offering, the VOYAGER a1600 sports an AMD CPU and GPU, and thanks to that, AMD itself shouldn’t help but show it off during its Computex keynote. Here’s AMD’s Frank Azor modeling it: 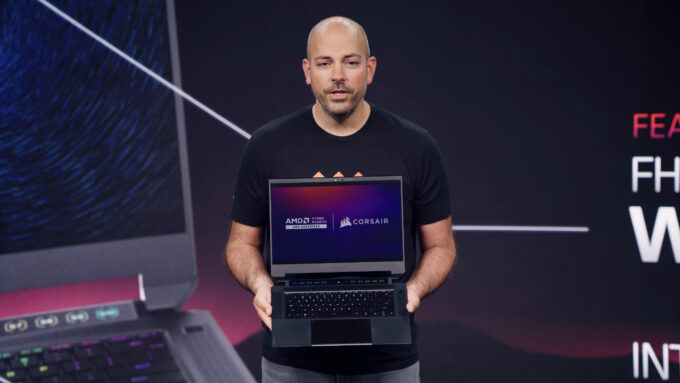 Corsair makes a deliberate choice to call its VOYAGER a1600 a “gaming and streaming” notebook, as it caters to those who don’t just play, but stream, to their fans and friends. The shot below shows a touchpad under the screen that acts as an Elgato Stream Deck, offering access to ten quick actions, and even an icon to monitor battery-life. 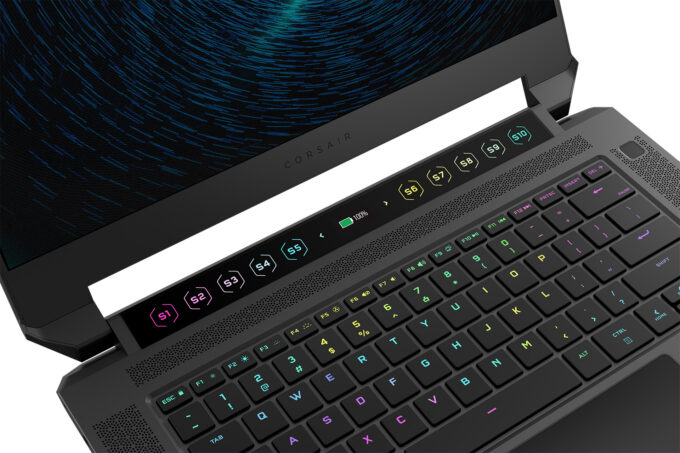 Since streaming generally involves a camera, Corsair includes one built into the top of the display that can capture at 1080p/30. It also includes a 4-microphone array with noise cancellation built-in, so you can hopefully stream from a fairly quiet area and not have dead air come through. These solutions may be ample enough, but we’d imagine serious streamers will probably tote around an external microphone, and possibly webcam.

Naturally, Corsair’s first notebook also includes plenty of RGB, thanks to CAPELLIX LEDs, which ties into the company’s own iCUE management software. 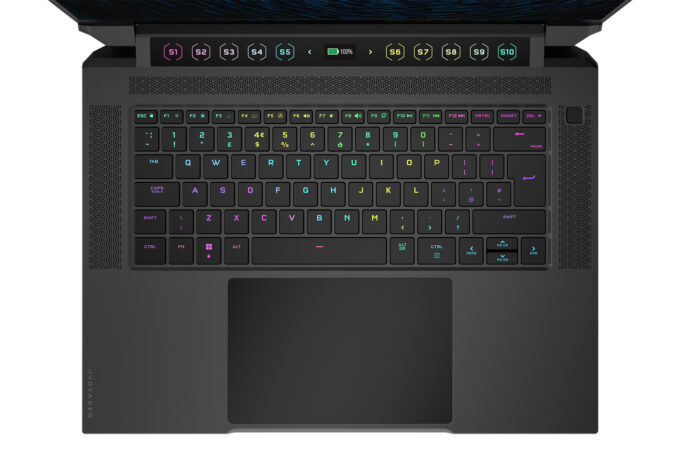 Corsair is going to be offering two versions of its VOYAGER a1600, with one including AMD’s Ryzen 7 6800HS 8-core, and the other featuring a higher-clocked Ryzen 9 6900HS – also with eight cores. For GPU duties, AMD’s mobile RX 6800M will be found in both models. Likewise, the display will be shared between them, offering 2560×1600 resolution at 240Hz.

Other differences between the notebooks revolve around 32GB or 64GB of memory, and either 1TB or 2TB of SSD storage. CHERRY’s ultra-low-profile mechanical switches are found under every key, and for connectivity, users can access 2x Thunderbolt 3-enabled USB 4.0, 1x USB 3.2 Gen2 Type-C, and 1x USB 3.2 Gen1 Type-A.

The starting model VOYAGER a1600s sells for $2,699, while the top model is $2,999. For that upgrade price, we’d have to say the top model is where it’s at. That extra $300 doubles the RAM and storage, and gives the processor a speed boost. But, either way, it’s nice to have an option.

Unfortunately, Corsair doesn’t have a hard launch date yet, and we can’t even hazard a guess, since it’s dependent on AMD mobile processor and graphics releases. By all appearances, it will be worth it once it gets here, despite being a pricier option.