With both AMD and Intel having launched their latest-gen processors, Corsair has deemed right now to be the perfect time to add in a couple of new PC models. This week, the company finally introduces AMD Ryzen options, and also updates its Intel SKUs with new 10th-gen options. 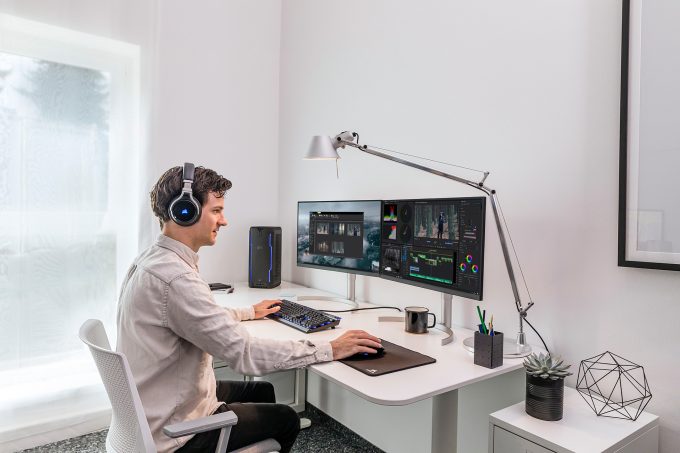 On the Intel side, Corsair is offering a single variant of its i200, a $3,599 model that’s spec’d similarly to the ONE i164 we took an in-depth look at last year. Naturally, the motherboard itself has been changed to support the 10th-gen 10-core Intel Core i9-10900K. One other upgrade that hits this machine over our 9900K reviewed model is that 2.5G Ethernet has been added in. Not even the Ryzen ONE PCs have that. The same could be said about Thunderbolt 3.0.

The benefit of a ONE PC is that it’s powerful, but still modest in size. Our previously tested model also included an RTX 2080 Ti, and the card in that ONE PC runs far cooler than our full-sized reference edition of the same card. Noise-levels were also great, to the point where the PC could be used for recording audio and not get in the way. The downside to the ONE PC, of course, is its premium pricing. For a more palatable price-point, Corsair has also introduced some new VENGEANCE PCs that likewise introduce third-gen Ryzen and tenth-gen Core. 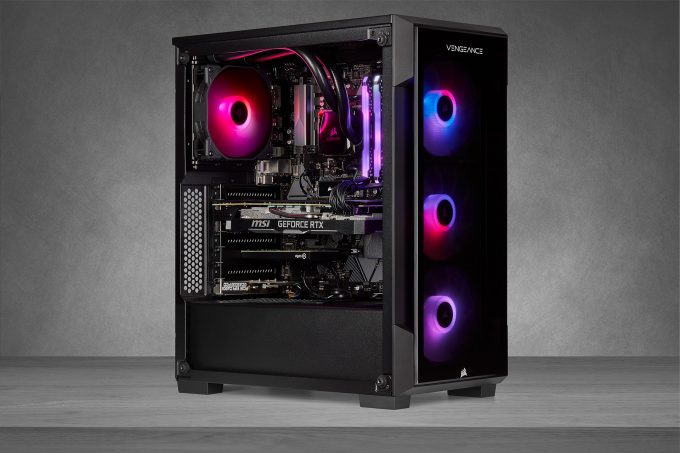 With a $1,799 USD price tag, Corsair is offering the VENGEANCE a4100, equipped with a Ryzen 7 3700X eight-core processor, 16GB of memory, and a 960GB SSD. While this rig would be capable of using PCIe 4.0, the included SSD doesn’t explicitly state its model, so we can assume it’s 3.0. This rig also includes an RTX 2070 SUPER, so it’s still got some serious graphics brawn.

Corsair lists two Intel-focused VENGEANCE i4200 options on its website, but the $2,449 USD variant doubles the memory for an effective $50 – which is definitely worth it. As these things normally go, some SKUs listed on Corsair’s website may not be readily available. Some may be exclusive to retail stores, so if you can’t find the right one, you might have to scour a bit. Both of these available SKUs include the eight-core Intel Core i7-10700KF processor and NVIDIA GeForce RTX 2080 SUPER graphics card.

You can check out these and the rest of the ONE and VENGEANCE models at Corsair’s website.