DDR5 Seems Plentiful If You Want To Be Price Gouged

We’ve talked a lot about the painful topic of inflated hardware pricing the past year, spawned largely by overall hardware shortages that plague multiple industries. While we were pretty pumped after AMD and NVIDIA released their latest crop of GPUs last fall, it didn’t take long before we began to feel more annoyed as each new launch occurred, and nothing was improving on the availability front. 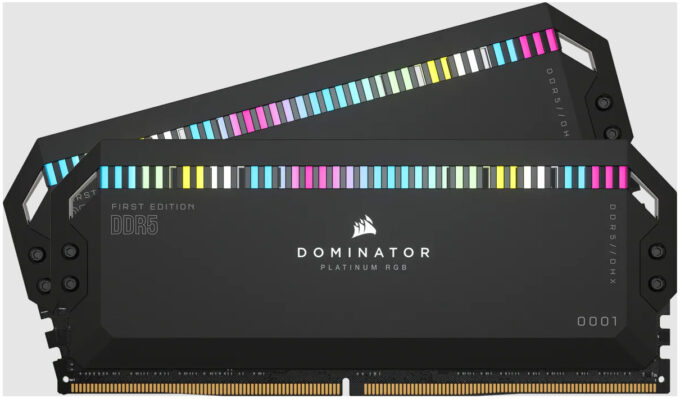 While GPUs have been one of the most prominent pieces of PC hardware to suffer from mass shortages, there was a lengthy period of time where CPUs were also critically unavailable. Today, that situation seems to have improved a lot, unless, perhaps, you’re looking for Intel’s latest top-end 12th-gen Core i9-12900K. This past year, we even saw SSDs and hard drives, of all things, see increased demand due to storage-focused cryptocurrency “mining”.

When will all of this madness end? We don’t have an answer to that, but it feels like it’s not going to happen anytime soon. Today, PCMag highlights the fact that new-fangled DDR5 is already facing shortages, and price-gouging like we’ve never seen. We checked out Newegg, and sure enough – not a single stick is available. At eBay, though, checking the confirmed sales reveals 32GB kits being sold for upwards of $2,000: 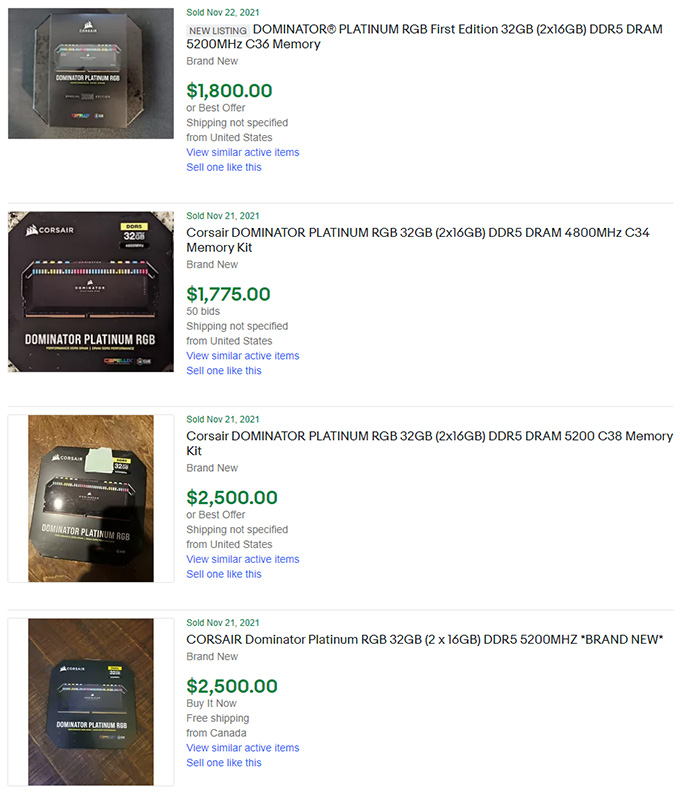 This past year, we’ve seen graphics cards hit places like eBay for twice their suggested retail price, but $2,000 is at least a fivefold increase over general pricing for a DDR5 32GB kit. The top kit shown in the image above, which sold for $1,800, is listed on Corsair’s webstore for $359.99. Naturally, it’s unavailable on Corsair’s store, which is the reason this gouging can take place.

The interesting thing about these hiked prices is that DDR5’s only current use is with Intel’s 12th-gen platform, a platform which offers DDR4 motherboards in addition to DDR5. We’ve yet to complete our thorough DDR4 vs. DDR5 testing, but we can see that current DDR5 kits are not exactly a major leap beyond current well-spec’d DDR4 kits. When you can get an excellent DDR4 64GB kit for less than one-fifth of these inflated DDR5 prices, it makes no sense to go with anything other than DDR4. Even going with 128GB of DDR4 is one-third the price of these 32GB DDR5 kits.

Perhaps the greatest irony in these inflated DDR5 prices is that it won’t take long for these launch kits to seem modestly-spec’d compared to what’s in the pipeline. Some memory vendors are already talking about DDR5 speeds of up to 7000MHz, and considering how DDR rollouts usually happen, it wouldn’t be surprising to see that beat out a year from now.