When AMD launched its latest Ryzen Threadripper series last month, we saw the introduction of a wide-range of supported motherboards that were not inexpensive. In fact, it wasn’t until we published our review that we even realized that the TRX40 board we tested with retailed for $849. Perhaps this is a new normal for the top-end, because it hasn’t even been a month, and now EVGA has introduced an $1,800 option for Intel fanatics.

EVGA’s SR-3 DARK is the making of a seriously powerful workstation machine, although the company’s focus seems to be more around overclocking. That’s resulted in a slimmed-down memory configuration, with only six slots total, but because this is built around Intel’s latest Xeon platform, it’s at least a six-channel memory controller – bandwidth will be plentiful. 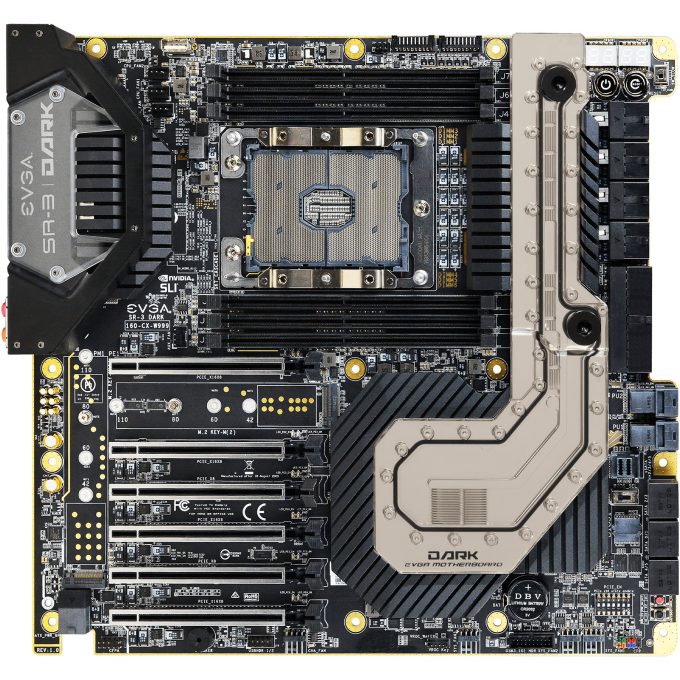 The board features Intel’s C622 chipset, which is undoubtedly one of the reasons this board carries a price premium, although some other features sure help: a 24-phase power design, 16-layer PCB, dual 10GbE ports, and a healthy helping of other niceties. The 28-core Xeon W-3175X is the official target, but the motherboard’s manual references support for other Cascade Lake-SP processors, as well.

One of the most dominating features of the SR-3 DARK is its built-in water block, helping to keep the VRMs cool during the heaviest of workloads. EVGA says that even if you’re not using liquid, this block is built well enough on its own to dissipate heat efficiently. Other notable features include a triple BIOS, safeboot option, PCIe disable switches, and everything else an overclocker could want to eke as much performance out of this platform as possible. 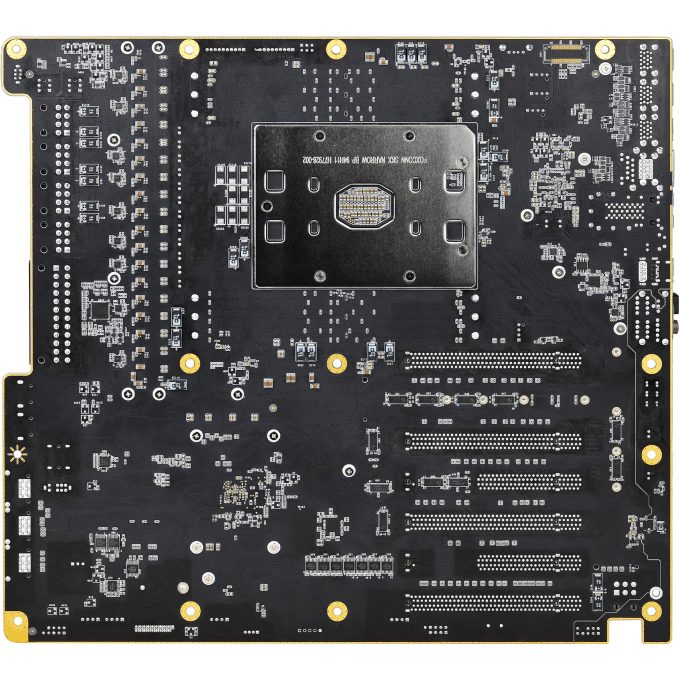 Fully maxed out, you could put 192GB of memory on this board, and take advantage of a quad-GPU configuration. The board supports dual M.2 slots, and even bolsters U.2 NVMe ports that are more common on the server side of the market. A design cue worth pointing out is the fact that EVGA made most of the connectors right-angle, including the 24- and 8-pin motherboard connectors (there are FOUR of the latter), as well as the SATA and U.2 ports.

Overall, this motherboard is intense, in the best possible way. It’s expensive, but it’s clear that it’s the result of EVGA being hellbent on optimizing a platform around Intel’s biggest enthusiast chip. Hopefully features like the standard right-angle connectors will trickle down to affordable motherboards in the future!